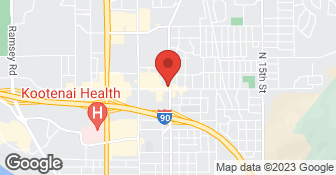 Things did not go well and the constant lack of communication on the jeweler's part was ridiculous by not being up front about how long the repair could take.  Too many visits and phone calls to finally get my watch back to me.  Now I have to find another watch repair person who will repair my watch properly.  My watch is valued at approximately $1200.00, so it wasn't a cheap watch.

DESCRIPTION OF WORK
Took my watch in for a battery and when the battery was replaced into the watch and he was putting the back on my watch (I could hear him pounding as if he was using a hammer), he came out with my watch and dropped the stem of my watch on the counter and said, "The stem broke off, that happens, I will send it to my watch repair guy and have it back in 2-3 weeks."  Two 1/2 weeks later I called and it was not back, he said, "It will be a little longer, the watch now is having a new crystal put on it and it has to be polished."  Which was not the reason the watch was in for repair.  A few weeks later I called and left a message on his phone, the call was never returned.  Then the next week I stopped in to see if my watch was back and then the jeweler told me, "The watch repair guys took the whole month of July off, and it will be a little longer.  Another week went by and I stopped in and asked about my watch and he said, " The jewelers had so get a part from Sweden for the watch and it could take 4-5 months to get the part.  By now the jeweler and the watch repair people had my watch for over two months.  I told him to call the watch repair people and I wanted my watch back and that took another week.