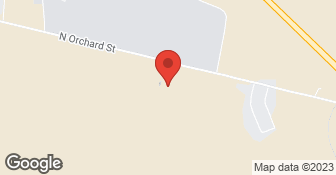 2 EMPLOYEES. USES SUBS FOR LARGER JOBS, ELECTRICAL, PLUMBING. COST IS DETERMINED BY THE JOB. NO TRAVEL CHARGES. NO SERVICE CHARGES. EXTRA CHARGE FOR AFTER HOURS SERVICE MAY APPLY.

BE FOREWARNED!!! DON'T LET THIS ROBBING HOOD AND BAND OF THIEVES INTO YOUR HOME!!! The job was left unfinished, with my still owing them $2,000.00. This does not happen without a reason. For a time, they did a good job, but there would be days, and later weeks, where they did not show up - no reason and no phone call. I believed, erroneously, that they would return, as I owed them money; didn't realize I was being set up. then they stopped coming altogether. This was before the home owner discovered they had robbed him blind! They stole over $250,000 in cash, which he had hidden in the home. Later he discovered they had also stolen guns, which had been handed down from his father, shotgun and pistols which were not registered. The money was in cash, so he could not prove to the police investigators the actual amount taken, and of course didn't have photos of it, or serial numbers. He knew it was between $250,000.00-300,000.00. It was his mother's Social Security money for the last 30 years, plus money he had given her, and all her life savings. She is now 97 years old, with nothing left. When the police investigated, it was discovered the 'employees' were people from a homeless shelter who were being paid $10.00 per hour, while $15.00-25.00 was being charged for their services. The company owner denied knowing their last names, their Social Security #s, and where they were located - of course, they had 'left town'. The owner denied all knowledge of the theft, but although the police didn't believe this, it could not be "proven". Hire this company at your own risk!

Description of Work
Packing up and moving items to storage upstairs in the house, cleaning, and outside clearing of weeds, during the period of Sep-October 2008.

This house was built in 1895; it is lived in by a 95-year old. It had not been cleaned in about 20 years, and was filled with collections. Moving around in the house was difficult, it was so filled with furniture and collections. Nancy and crew have packed, stored, cleaned floors, walls, chandeliers, lamps, rugs, and rearranged furniture and glassware to display beautifully. They cleaned the copper Chambers stove in the kitchen, and it is beautiful. They are hardworking, and have brought this beautiful old home back to life. I would recommend them without reservation.

Description of Work
A house that had not been cleaned in perhaps 20 years, filled to overflowing with collections - bears, bells, pitchers, teapots, china, decorative plates on many walls - which were carefully wrapped, packed, boxes labeled, carried upstairs and placed in storage area. Kitchen parquet floor, badly neglected, was oiled, waxed, coated and brought the floor back to life. They have cleaned and washed walls, which were covered in spider webs, cleaned/washed windows, caulked and repaired windows, cut outside shrubbery, cleaned floors, rearranged and cleaned cabinets, arranged glassware displays, etc. They do soup to nuts, and also can do tiling and other repair work.

JRS Plumbing was established in October of 2012. However, owner Jim has been working in the plumbing industry since 1996. He has been a journeyman plumber since 2000, specializing in plumbing for custom home construction jobs, remodels and small commercial jobs. He is familiar with all aspects of the plumbing trade and has worked in a supply house and as a commercial estimator. With almost 20 years experience, Jim is your top plumber in Treasure Valley! With service throughout the entire Treasure Valley including Boise, Garden City, Nampa, Caldwell, Star, Eagle, Emmett, Kuna, and Meridian - we will be there to help you with your plumbing concerns. Additional phone: 208-231-1780  …

Apollo Plumbing Heating & Air Conditioning is family owned and operated serving residential and commercial clients in Idaho, Oregon and Washington since 1984. In over 38 years Apollo continues to provide friendly, efficient, quality work at competitive pricing. We also want to recognize all our clients throughout the years that continue to make Apollo their go-to company for all of their Plumbing and HVAC needs. Without you Apollo wouldn’t be where they are today! "We Keep Life Flowing"  …

Bonded
Insured
All statements concerning insurance, licenses, and bonds are informational only, and are self-reported. Since insurance, licenses and bonds can expire and can be cancelled, homeowners should always check such information for themselves.To find more licensing information for your state, visit our Find Licensing Requirements page.
General Information
Free Estimates
Yes
Eco-Friendly Accreditations
No
Payment Options
Check
Senior Discount
NO
Emergency Service
Yes
Warranties
Ask for details

IRON STONE CLEANING is currently rated 3 overall out of 5.

No, IRON STONE CLEANING does not offer eco-friendly accreditations.

No, IRON STONE CLEANING does not offer a senior discount.

No, IRON STONE CLEANING does not offer warranties.