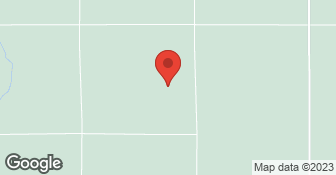 Very courteous and polite. Was very prompt. Cleaned up where dirt spilled out of broken planters. I will most definitely use him again. Great to have him in my contact list

Description of Work
Hauled away heavy items and broken planters

Description of Work
Hauled away refuse

I called a number given in a newspaper ad and left a message on an answering machine. Dennis called back in a reasonable period of time. I explained that I would need items hauled the following week and that I wanted him to stop by for the free estimate that was noted in the ad. He set up a time for late that morning but never showed up. When I called to find out if he was going to follow up, he said that he had gotten his schedule mixed up. We set up a time for the next day. About an hour before that time, he called to ask if I was ready to have him come and pick up the items for hauling. When I reminded him that we agreed on his coming to give an estimate, and that the load would not be ready until the following week, he asked if he could come earlier than the scheduled time. This was agreeable to me, and he arrived a short time later. His estimate was $100. For what I think couldn't possibly be more than 2 hours' work and less than 5 miles driving, this seems to be a stiff price. I will rent a trailer, pay a neighbor kid to help, and get the job done at a fraction of the $100.

Description of Work
I asked the person to come and give me an estimate for hauling branches from my yard to the local yard waste site.

We offer fast and friendly junk removal, power washing, and gutter cleaning services. We will take anything you need to get rid off; appliances, furniture, yard waste, demolition projects, etc. We also offer power washing for houses/buildings, vehicles/boats, fences, concrete, etc. Locally owned and operated. Let us do the hard work!  …

How is You Call We'll Haul overall rated?

You Call We'll Haul is currently rated 4.9 overall out of 5.

No, You Call We'll Haul does not offer eco-friendly accreditations.