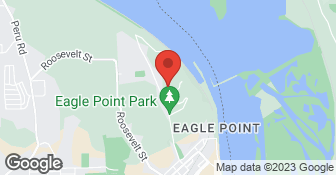 Had to hire someone else. Showed up 2 days late . Didn't work to code and used wrong wiring.

Description of Work
messed up everything

Ed Marinko who is the owner of the company came in and looked at the project. He gave me some prices for the larger parts of the project and the prices seemed fair so I agreed to have him do the work. On the first day that he showed up to start, I went over some additional items that I wanted to have done. The next day I asked for a price on the whole project and the price had gone up considerably. I double checked with him to ensure that the inflated price was the total amount for the whole project and he said yes. During the project him and his crew were missy, tore up drywall to get to circuits, flooded our towlet, and left us without A/C in 90 degree weather for several days. I had told him at the start of the project that all the old equipment and wiring would stay at the house, but he walked off with my old breaker box and associated equipment and wires. He then presented me with a bill that was $1500.00 more that what I had agreed on and when asked he explained that he wasn't including the basement work into the original figure, when I had spacifically ask for the total cost for the upstairs and downstairs. He also did additional work that he didn't inform me about or get approval for, but when asked he said that it was needed to meet local codes. When I asked him about his crew tearing up drywall or flooding the towlet, he denied everything, even though his crew was the only contractors in the house at the time. Once he was 95% done, he asked for full payment. I gave him half until the job was complete. He started harrasing us for the remainder and I ended up paying him the majority of the rest and told him not to return to finish. Since then I have had an electrician come in to fix some of the wiring that he had done. His work was poor, he cut 80% through a roof rafter to put in a flush mount fixture that was in the wrong place because he didn't read the plans from the kitchen designer correctly and didn't fix the rafter after he moved the light. I would not recomend him to anyone.

Description of Work
Was having my kitchen remodled and some additional electrical work done in my house.