All In One Service LLC 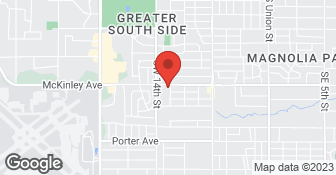 Anything that you need done on your property call me! I have a great list of references and I'm very affordable. Here are some of the services I provide, but if you have another request call me and ask. I can do almost anything! If you want reliable work done right 24/7 call me!...

We guarantee your satisfaction and we won’t leave until the job is done right. We pride ourselves on the quality work we provide, while delivering great customer service! Check out our services offered and call or click to schedule a free estimate today. **Offering half off first lawn mowing service with commitment of 2 appointments**  …

Here at Haan services we specialize in Snow removal ,tree work,landscaping,construction,hauling,handy man service. We want to make every effort to deliver the best service possible, at the lowest price possible without adding expenses and fees what we agree on upfront is what you pay. Please call our office today to schedule our free estimate at 515.490.7335 Ask about our review discount!  …

We have the experience and dedication to get the job done right! Specializing in Tree services, we guarantee your satisfaction, and we won't leave until the job is done right. We pride ourselves on the quality work we provide, while delivering great customer service! Call or click to schedule a free estimate today!  …

This service was great and reasonably priced. They were professional, friendly, notified when they were on their way and came on time. I would definitely use this company again.

Description of Work
Needed some items removed from basement for disposal.

I called Loran in the early afternoon to do a rush job that I needed done asap to avoid an up coming snow storm. He fitted me into his schedule and within 2hrs the job was done. He was thorough and efficient and I couldn't be more pleased. I would definitely use him again.

Description of Work
Completed a job that a person off of Craigslist didn't.

When I spoke to Loren, I was surprised to hear he could do the job so soon. I expressed some concern that the weather might change and I might have to bring things inside the house rather than leave them on the side of the garage for the next day pick up, but that it was totally feasible. An hour later, he called me again to say he had found another guy to help him and they had everything loaded in the truck. He asked a bout a few things that he had found that I had forgotten to list and we agreed that they could be included in the haul. He asked that I text my email address to him so he could send the invoice and I could mail him a check. The invoice came the next morning and I mailed him a check. Very efficient and easy. I would do business with him again.

Description of Work
Called Loren, Wednesday morning. Very professional on the phone. He said that he would stop by that afternoon and give me an estimate of the job. He called me at the time he said he would call and we discussed the price and what was to be moved. He said that his help might not be able to come that afternoon, but they could do the job the next day.

Kept in contact to schedule service after they came out for the estimate. Kind and thorough. A good value. I would recommend them and I will use them in the future, should the need arise.

Description of Work
Hauling from basement, garage and back yard.

From bad to worse, see details above. My yard has never looked as bad as it did this year!

Description of Work
Hired this company for yard cleanup last year and they did a decent job, see previous review dated 11/19/11, so I hired them for mowing the yard for the season. That was a big mistake. "Mowing" consisted of driving over the lawn a couple of times with a riding lawn mower and no weed trimming at all. I admit I have a difficult hill in the front of the yard, but instead of mowing it. They used a weed-eater to trim a couple of blades of grass on the hill and that was all. There was no trimming anywhere else, not near the front steps, any of the fencing, not along the house or any of the flower beds or anywhere. The total time spent mowing was less than 15 minutes per time and they didn't even manage to mow all the parts that could be reached by a riding mower! When it became evident that there wasn't going to be any trimming at all, I asked and was told that would cost extra with extra trips and extra people and they didn't even know when or IF they could get it done. And to top it off,when he was originally hired, I was told that mowing frequency would decrease in late summer when it wasn't needed. I don't need to say we had an extended drought this summer and while NO ONE on my street mowed the entire month of August. I was "mowed" five times in August alone! Therefore, if you have a postage stamp size lawn that is flat and with nothing to trim or weed and don't mind paying for a lot more "mowing" than you need, then I can recommend this company. But they won't EVER work for me again!

They were prompt and courteous. They were on time and they charged exactly what they quoted. They cleaned up after they were done with their job.

Description of Work
I use All In One Services to clean up my lawn and haul things away.

Initially, there were scheduling issues as at least one employee was not showing up as promised, which makes it difficult for jobs lined up to be completed on schedule. The employees who did come got the job done although it took two separate visits to do as the first day they came rather late in the day. We were happy to get it done, however, so that was not as issue. Overall, it went well and we were given a substantial discount because of the difficulty in scheduling and the fact we were so patient about it. Works for us.

Description of Work
We had a huge amount of leaves in the yard which had to be raked up, mulched or removed. We also had numerous tree branches which had to be picked up and removed. It was a big job and took two afternoons to complete as it seems there were some staffing issues with the contractor. But the business owner himself showed up the second day and made sure it was completed correctly and in a timely manner.

Did a good job. Only complaint was he did the work 3 days later than he said he would. This in itself was not a problem, except it would have been nice to be contacted and told there was going to be a delay.

Description of Work
Cleaned front & back yards in preparation for winter. including cleaning garden and mowing down peony bushes.