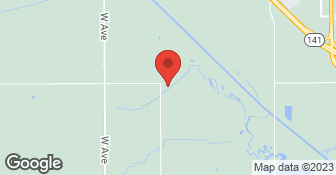 Des Moines Area Roofing Raisin’ the Roof One Shingle at a Time Des Moines Area Roofing is your solution for all your roofing problems. We specialize in full roof replacements, roof installation, roof repairs, and gutter installation for your central Iowa property. We pride ourselves on fast turnaround times and high quality service. Most of our jobs are completed in just one day, with a lifetime warranty backed by outstanding customer service. With Des Moines Area Roofing by your side, you’ll never have to worry. Des Moines Area Roofing is a locally owned and operated company, servicing central Iowa and surrounding areas. Our crews perform residential and commercial re-roofs and repairs. Our start-to-finish solutions will ensure that all your roofing needs are completed on time and within your budget. Contact us for a free, accurate quote! 515-360-7480...

Des Moines Area Roofing was professional, trustworthy, and demonstrated excellent attention to detail from initial contact to job completion. Cleanup was so thorough that the next day you wouldn't even know that such a major project had taken place. It has been 2 weeks since the new roofs and we haven't seen even one stray nail left behind (and they did a complete tear down to both buildings, right down to the wood). An excellent company with which to do business. I offer my highest possible recommendation.

Description of Work
Replace roof on house and garage.

Excellent company to work with, from estimate to clean up after the job. No hassles and will definitely use them again. The roof and gutters look fantastic. Thanks for the great service.

Description of Work
Replacement of roof and gutters

Great ! Owner Tim came out and did an emergency tarp -- in the rain, as my BR ceiling was leaking. Jan ( office manager ) worked with my insurance until the bid & repairs were enough to give me a great outcome. Their repair guy was professional, friendly and did a good job. I would not hesitate to use them again & to recommend them !

Description of Work
repair roof due to wind & hail damage

I give Tim & crew 6 out of 5 stars. Before & after inspection completed with Tim. He actually found more storm damage & worked with my insurance company to make sure it was covered. His crew was punctual, professional, work completed on time. Concerns addressed immediately. A quality job. This is the company you want for your roofing job.

The crew was professional, quick and respectful of the yard. I would recommend them to anyone that is in need of a new roof.

From the beginning to the end we had excellent customer service. Jan, office manager, kept us informed every day on the progress of the job. The owner, Tim, was very courteous, informative, and easy to work with. The last day finishing up the skylight the derecho hit and they worked quickly and safely to remove the equipment off the property. I'm sure they remember that day! The crew on the roof were excellent and they were meticulous in the final clean-up stage. We are pleased with our new skylights!

Thanks for letting us do the work! And yes I remember chaining down my forklift to the trailer while watching the clouds roll in. Trees were falling down as I rushed out of there. Crazy day. Tim Wolfswinkel
5.0

Tim came out to give me a quote in 2020. He was informative and pleasant to deal with. We didn't have the money saved up until about 10 months later. So... Now, we've hired them. The crew showed up bright and early around 7:00am and got to work. The tear-off stage was quick, clean, and painless. I went out to peek periodically, and the crew was hard at it every time. Tim (the owner), called multiple times to check. He didn't make it out in person, but for us the calls were plenty and appreciated. They wrapped up around 5:00pm. That included the clean up, which included multiple rounds of blowing off our deck, sidewalk, etc. as well as running magnets over the entire area at least twice. When we went onto our deck later, we did notice some shingles were a little "cupped". My wife texted Tim and he responded to explain why both at night and early the next morning. Long story, short; this is normal and they will flatten out once we get a little heat. So, all in all, we would definitely give Tim a call if we ever need roof work again.

Thank you so much for the review. It was a pleasure working with you!
5.0

They worked with me to get the job done earlier than initially discussed. The crew was very professional and polite. Did a great job cleaning up and disposing of all the old materials. I didn't find a single nail in the yard when they were done, and I was looking. The gutters are 6" seamless, and they installed folding downspouts all around to which makes it easier cutting the grass. Reasonably priced and quick to finish. I hired them based on reviews, and I'm glad I did.

Thank you for your review! Jan
5.0

I had a quick response after contacting the company. Scheduling the repair was easy and the work was done very professionally. I would recommend Des Moines Area Roofing for all your roofing needs.

1st when they arrived to give estimate the guys climbed on roof and tacked down the tarp my husband had put on to cover damages so it was more secure. 2nd they were able to start 8-9 days following our decision to hire them 3rd they showed up on time if not early. They worked dawn to dusk first day and finished by noon the second. 4th not a single nail or shingle found after they cleaned up you would never know they were here. Tim and Jan both came by to check that supplies arrived and again to ensure job was complete

Thank you for the review!!! It was a true pleasure to do work for you. Your home is beautiful. Jan Manning-Bice Office Manager 515-795-6556 Tim Wolfswinkel (owner) Des Moines Area Roofing (515) 360-7480 (cell) 20000 Wendover Pl. Dallas Center, IA 50063 Tim@DesMoinesAreaRoofing.com www.DesMoinesAreaRoofing.com Angie's List "Super Service Award" recipient for the last 8 years and still RANKED #1 in central Iowa for the highest number of TOP rated reviews in roofing.

Des Moines Area Roofing is currently rated 5 overall out of 5.

No, Des Moines Area Roofing does not offer a senior discount.

Are there any services Des Moines Area Roofing does not offer?