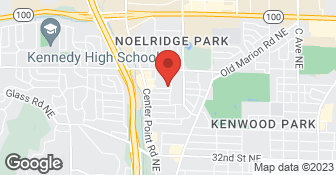 PPC (Platinum Preferred Contractor). PPC Roofing has great quality and the most innovation in roofing today. PPC Roofing takes pride in its products, services, and especially its warranties. PPC Roofing can do metal roofs, siding, and gutters. Call us today!...

Initially, it went great. The crew who re-roofed our house was great and came back multiple times to address a continuous leak issue. I even recommended PPC to multiple howe owners who used their services. However, Rob will now not respond to my texts/calls and emails about finishing the job (downspouts and gutter guards). Additionally, our area was hit with a very bad storm on 08/10/2020. This storm caused damage to our garage resulting in structural damage. I've called/texted and emailed Rob about this issue numerous times. Two appointments were set up to have him give me an estimate and review the insurance estimate (09/11/20 and 09/12/20). Both times I texted him ahead of time about the appointments. An hour after waiting for him for the first appointment passed, I called. He rescheduled to the next day. The next day, again I texted and waited. After an hour passed, I called. Call went to voice mail. Left a voice mail. Called the "office manager" number, went to voice mail. Left a voice mail. Those calls were on 09/12/20, no response has ever been received to date (09/30/20). Granted, the storm caused monumental damage for the area and I understand PPC was probably very busy, but to completely blow off a prior customer, whose prior work has not been completed and who referred your business to multiple clients, is very unprofessional and uncalled for. Simply addressing the fact they are busy and he will get to our issues would have been enough.

Description of Work
We hired PPC to re-roof our home and garage and to put new downspouts and gutter guards on our residence.

We are so happy that we went with a local company for our hail damaged roof replacement. From the time we met with Rob, the owner, until our roof replacement was complete was one week. His crew was very nice, respectful, efficient and receptive to my observations / requests. I watched the entire tear off and most of the install and had absolutely no complaints about the manner in which the crew worked. They worked very hard and were very meticulous in their clean-up. We enjoy and maintain the gardens and flower beds around our house and had absolutely no complaints with how they treated our property. There were anywhere from 12-15 workers at any point in time on our roof (house and garage). Although Rob was not on scene for his crew’s work, he was reachable by phone/text all the time and immediately responded to my texts regarding a couple areas I asked to be addressed, even sending a couple crew members out on a Sunday to touch up a cosmetic issue. While we are still waiting for the downspouts and gutter guards to be replaced we now have a 25 year transferable warranty on our roof and their work completely stopped a leak we had been trying to fix for 2 years. Thank you! I would highly recommend PPC Roofing. Keep your business local!! It pays off.

Description of Work
Tear off and re-roof house and garage. New downspouts and gutter guards.

Owner went above and beyond to help with a situation that came up.

Work appears to be great quality, but the spring rains have yet to come. Rob was great to work with, but could have been more communicative.

On time, efficient and professional. I would recommend highly

He did a good job and it was a very complicated project because we have to remove a chimney. He did the work correctly supported and it was installed structurally correct.

Description of Work
He installed a new roof and new gutters.

This company worked very hard and fast! We would rehire again! Great group of guys. You won’t regret working with them! Very clean work and they got the job done in record time! We appreciated them explaining the entire job in great detail before they started as well!

Description of Work
Roof tear off and new roof done

Excellent, the manager and crew were very good at what they do and work in a very professional and courteous wayk

We are very pleased with the work and service that we got from this company. We would recommend them to our family and friends.

Description of Work
We needed a new roof

Pretty good. They were easy to work with.

Description of Work
They did roofing and gutters.