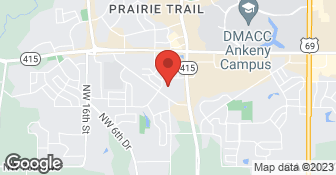 Done very well and in a reasonable time.

Description of Work
Repair a shed in the back yard

They did a fantastic job! I couldn’t be happier. I will hire them again for any job that I have.

no one contacted me

We messaged and then called. Spoke with him, he was going to stop out later that afternoon to take a look, never heard another word. Disappointing. But, I know that we wouldn't contact again, as we weren't apparently a big enough job to get a call back to say something came up, I can come later, or thanks but no thanks. This was almost a week ago.

The job went great. A tree limb yanked my cable wire out of the siding. Jesse showed up on time, got the cable reattached without a hitch, and then, the really great thing is, because it was a simple job, he gave me a discount on the price. He was nice and polite, but still professional.

Description of Work
Reattach the cable wire to the siding.

Excellent work, great quality and good communication. Confirmed date and time he would be arriving, showed up on time, kept me informed and completed the work as promised.

Great. Jesse did a great job! I've already hired him to do more work for us.

Description of Work
Screen and lattice work around our porch.

Done well at a fair price with no delays

He did a great job. He's friendly, nice, and easy to work with.

Description of Work
He installed a new faucet and backsplash for my kitchen.

It went great! Jesse was able to complete in 6 hours what would've taken me much, much longer. Plus, his work is top-notch! I will definitely be contacting him for all of my handyman needs!

Jesse was awesome. He matched my existing trim and seamless trimmed out the doors. It looks great and at a great price. He was very professional and timely. I would definitely would hire again!

Description of Work
Needed some trim work done around the doors in my bedroom.

Professional Handyman Services of Ankeny showed up when they said they would be there and completed the job quickly. The faucet works great and we have had no problems.

Description of Work
We needed a new kitchen faucet installed.

We really appreciated Jesse's input and ideas on how to make the deck more useful once the patio was installed. While we didn't end up using Jesse's services because we did not expand the deck, we greatly appreciated his valuable input and his eye for future growth. He didn't try to sell us on an expansion because he knew that it would't increase our use of the deck. He was very honest with us and we know that he can be trusted to give an honest review of what work needs to be done.

Description of Work
Called Jesse to assess redoing and expanding a deck. Was looking for input on new deck size and other ideas for expansion. After reviewing the area and listening to ideas on a patio expansion, Jesse suggested that the deck size not be increased because of the desire to add a patio off the deck. He also went into detail about options for patio size as well as what would look good in the space available.

First day be had to break up and haul away the old step made of cement and landing. The second day he rented a cement mixer and poured the new step and landing.

Description of Work
My back step and landing was replaced and cemented. Jesse did a very good job. Would recommend him again.

I was very impressed with the professionalism and quality of work performed.

Description of Work
Repair siding on my home.

Jesse was awesome! Very pleased with his work and would definitely hire him again for any future needs that come up!!!

Description of Work
We needed a retaining wall for our landscaping replaced, our deck steps replaced, and an outside light replaced/installed.

We specialize in finish carpentry services. We have the experience and dedication to bring your dreams to reality! We strive for your satisfaction, and we won’t leave until the job is done right. Call or click to schedule a free estimate today!  …

Licensed
All statements concerning insurance, licenses, and bonds are informational only, and are self-reported. Since insurance, licenses and bonds can expire and can be cancelled, homeowners should always check such information for themselves.To find more licensing information for your state, visit our Find Licensing Requirements page.
General Information
Free Estimates
Yes
Eco-Friendly Accreditations
No
Payment Options
Visa, MasterCard, Check, American Express, Discover
Warranties
No

We offer a wide variety of services from hardware installation to cement repair and beyond. Contact us for all of your home improvement needs!

How is Professional Handyman Services of Ankeny overall rated?

Professional Handyman Services of Ankeny is currently rated 4.9 overall out of 5.

What days are Professional Handyman Services of Ankeny open?

What payment options does Professional Handyman Services of Ankeny provide

No, Professional Handyman Services of Ankeny does not offer eco-friendly accreditations.

Are warranties offered by Professional Handyman Services of Ankeny?

No, Professional Handyman Services of Ankeny does not offer warranties.

What services does Professional Handyman Services of Ankeny offer?

Professional Handyman Services of Ankeny offers the following services: We offer a wide variety of services from hardware installation to cement repair and beyond. Contact us for all of your home improvement needs!