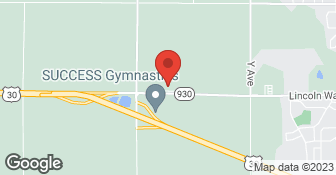 With 30 years of experience, Kinzler Construction Services is the right contractor for the job. Call us today for a free estimate....

Wet Basement or Foundation Problems? Call Midwest Basement Systems. For over 16 years, Midwest Basement Systems has served the Central Iowa area fixing/repairing over 10,000 homes just like yours. We take care of "All Things Basementy!" Whether it is Basement Waterproofing, Basement Structual Repair, Mold and Odor Control, or simply a Nasty Crawl Space call us today. Our estimates are free, our standards are superior, our workmanship is the highest quality, and our warranties are the best in the business. The warranties are for the life of your home and are fully transferable should you decide to move and sell you home. Call us today to set up your free analysis of your home.  …

The Kinzler team is amazing! They offered suggestions before completing the work to maximize the effectiveness of the insulation, connected me with a company to do this work, provided timely and well-done work, and filed my rebate information with MidAmerican! The entire team was easy to work with and answered all my questions. Highly recommended!

Description of Work
Kinzler put in insulation in my attic and basement.

Description of Work
Installed foam insulation in open wall cavities. They were timely and professional.

Very well. Kinzler was very accommodating as we needed to change the dates for the work several times during remodeling construction of our home. The men who eventually conducted the work was very skilled and professional!

Description of Work
Quote had too many what if conditions.

[member name removed] project was unique with some unknown variables at the time of the quote. Our work was also dependent/in conjunction with a siding contractor. I admit that the quote may have been lengthy; however the conditions were in place to inform and protect [member name removed] from escalating charges if some of the variables of the project required additional work. At this time we have not performed any work on this project but I will reach out to [member name removed] to clarify the quote and answer any questions.
5.0

Description of Work
Re-insulated the attic.

the project went well and was done in a timely manner.

Description of Work
We had insulation blown into the attic of our home. they arrived a little late but completed the job efficiently. They did clean up the small amount of insulation on the floor and were professional and friendlt

Estimator came next day after my phone call, and emailed a detailed estimate that same evening. I was impressed that the estimator didn't try to over-sell: he noted that we already had mostly adequate insulation, requiring only R-11 to bring the entire house up to R-49. He estimated that only some and quot;traffic areasand quot; where a workman doing duct work had packed down some spots would need the addition of R-25. Because he broke it down that way, Kinzler's estimate was about $200 less than the other company we had give us an estimate. The Kinzler estimator referred us to the Mid-American Energy HomeCheck energy audit program. Their auditor looked at our attic insulation and approved us for their rebate program, which will pay 70%, up to $750, of the cost of additional insulation. The two-man crew was punctual, tidy, and professional. They parked their truck at the end of the driveway and ran the insulation blowing hose up to the attic. The job took only about 30 minutes. Afterward, one of the guys carefully filled out and signed our Mid-American Energy rebate form.

Description of Work
Had them add blown-in fiberglass insulation to our attic.

They did a wonderful job. The guy that did the estimate did a fantastic job. He also helped fill out the forms for the rebates so it was really good service.

They did what they said they would do, on time and in budget.

We had a little problem and they were out here to fix it for no charge.

Description of Work
Kinzler Companies fixed insulation in the attic in October. They repaired some things that were wrong and added insulation.