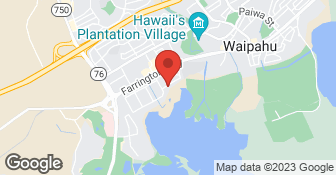 There were a lot of miscommunications that made my trusting this company difficult. First there were two different prices for data retrieval, one for a working computer, another for a dead one. I found this confusing as I made clear that the reason I choose Digital was because they said they extract my emails. I told them my old pc had stopped working so the lower price (for a working computer) should never have been given. The higher cost was not mentioned until I had already made arrangements to drop off the computers. I was told I had to drop off the computers. I learned that there was free pick up and delivery from a coupon they had listed on Angie's. I was told that was only for businesses but that was not mentioned in the ad/coupon so a representative from Angie's told me that the service should have been available to me. They agreed to deliver my computers after I mentioned the coupon. Through out all of this, I was told how other customers came first, those who had contract accounts. My business was constantly put on the back burner. They didn't return calls, follow up, and they made everything they did seem like a favor. So why did I rate them a "C" instead of an "F"? First, they returned my money in full. Second, although they were unable to truly fix the wifi on my lap top, they kind of found a way to get it work. (They made it so that my laptop would never go to sleep or hypernate so the laptop wouldn't disable the wifi.) Also, I spoke with a relative who said, her experience was different as Digital fixed the problem without incident. I think if like her, your problem is straight forward dealing with hardware, it may be ok. She just dropped it off and picked it up and paid. They even kept to the estimate although they too implied that they were doing her a favor as they should have charged her more.

Description of Work
Extracted data from old computer. Resolve a wifi issue on a lap top.

Thank you for your review [name removed]. I hope our company has learned from this experience and will provide better service next time. I really appreciate you taking the time to review us and provide your experience with our company. I have had a meeting with my staff and will correct the issues you experienced with us. Please let us know if there is anything I can do for you. You're next service call is on the house. Have a great day.
5.0

He said to bring in to shop. I did and he suggested it is not worth upgrading.

Description of Work
Took a MacBook for estimate of updating and adding ram.

Thank you so much [removed member name]. I hope I can help you with your future requests. Mahalo!
5.0

Great all the way through.

Description of Work
I purchased and had 2 wireless routers installed. They are knowledgeable and fair.

[member name removed], I really appreciate your kind words. Thank you so much for taking the time to review our company. If you ever need anything at all please feel free to give us a call. Mahalo!
5.0

They are very service oriented. They do a good job and they do what they say they are going to do. I would highly recommend them. Their pricing is fair. I will continue to use them.

Description of Work
I use Digitech Solutions to do programming and set up new equipment.

Thank you Member. We appreciate the feedback!