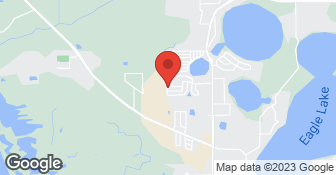 KOCH Smart is your source for smart home technology, controls, air quality & security . Our licensed, trained technicians, quality workmanship, excellent customer service and American Made products has forged many relationships with satisfied Customers and we hope to do the same with you. Before you upgrade your home comfort systems.....Get Smart about your energy savings today!  …

With 40 years combined experience, Velocity Air Conditioning has been providing reliable air conditioning furnace and ventilation system installation and services to residents in St Pete, Clearwater, Largo and surrounding counties. As a family-owned and operated company, we stay committed to providing outstanding personalized service to each of our customers. Plus, we only hire the most highly skilled technicians who have been background checked, so you can rest assured that only qualified, extensively trained experts will be installing and servicing your AC system. Call us at 727-754-7956  …

They never return calls, when I call them, they act like I don't know who I am. They blamed the mistakes on the factory. I have contacted the factory and they assured me that the issue was in regards to the measurements of the windows. Their first response to me was it was not there fault that I signed off on the order, I did not take the measurements, they did. They have been completely un-responsive to me, they always tell me they will check in to it and they will call me back, this has gone on for several weeks and I have yet to get a decent response. I sent an email response earlier this week and their response back to me was "just sue me". I would never recommend them to anyone nor let them on my property ever again.

Description of Work
I initially hired them in January of 2015. They had to order the windows. When the windows came in, they were supposed to contact me, but I had to contact them, We then made arrangements for the window installation around March of 2015. Some of the windows were mis-measured and would not fit. They were going to re-order the windows they mis-measured, return and re install them. As of today May 15th 2015, they still have not returned, they have had the windows for 4 weeks now and they can not get around to finishing my job. I have pre-paid them $3705.34 almost paying the balance, for the work they have put in, I figure they owe me $374 back just for the work that they have not completed. The windows on the front of the house are supposed to have grates, only about half of the windows that they installed have the grates, and they were to re-do the grates and install them on the remaining windows.

Not sure who this customer we only sell windows we do not install windows we are not now or have ever been contractors we do not have a customer by this name who has bought windows from us customer must be confusing us with another company
1.0

He ran off with our money and has never come back. We can't get ahold of him now. Now we are stressed and have nothing to show from it.

Description of Work
A man came out to sell us windows. At first he said the windows would be ready in September, then October, and then November. He came in September to receive the money and he sent a man to measure the windows.

Customer ordered, back on 07/26/2012, 23 double hung windows. The total was $10,000, once he gave a $5000 deposit, member changed his order three times to ass and remove options, once he settled on the options, the order was placed. We sent an installer out there to measure and order the windows. Member has custom windows so they take longer to make then non-custom windows. Unfortunately, the wait was getting to Member. I did offer at the time to refund his money even though the windows had been ordered, and he said that he would wait. Then Hurricane Sandy hit and closed the factory for three weeks. It clearly states in our contract that we are not responsible for acts of God or time delays. Once the factory reopened, the windows were shipped. As crazy as it sounds, there was a tractor trailer accident involving Member’s shipment as well as 100 other windows. Most windows had to be reordered and I told Member that AND offered his money back. Member said no and still wanted the windows. I said I would not offer again or cancel. Member filed a complaint and at that time demanded his money back. I told him he can either have his windows and I will not install them, or he can have his $5000 back. He wants his $5000 back. I told him I would only refund him in the same manner he paid me which was by credit card. He said he wanted a check. That will not happen since I can send him a check and he can easily contact his credit card company and get a double refund. I also sent Member a cancel notice he MUST sign. I will not do a refund if we are not protected. Bottom line, Member can have his money refunded back to his credit card when he signs and faxes or mails the cancellation form back. If Member does not respond to us within 60 days, we will ship his window that his $5000 will cover.