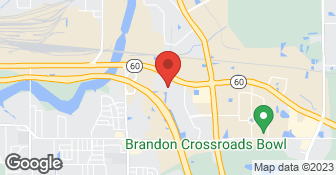 It was amazing. They kept everything for me. I was so happy. It was incredible. They made my life so much easier.

It was great. They guys were very polite. They were well spoken. Everything went smooth. I have no issues with them. They came in to put rug on the floor. They packed everything and wrapped the furniture well. They took their time and it was great. I would recommend them.

Description of Work
They did a full pack service for me. I moved from Mississippi to Florida.

Wonderful. One set of movers picked up our stuff, stored it for a few weeks, then another group delivered to the storage unit. Both groups were outstanding. Careful, friendly, competent, energetic. All staff were pleasant and cheerful. Went above and beyond. Charged what they said they would charge.

Description of Work
Moved our furniture from Florida to two storage units in Denver.

Unlimited Movers is just another scam moving company!!! From the owners, Thomas Davidson and John Davidson, to the employees, Jake and "Pelli". I arranged the move with Jake and we agreed on a price for an entire truck to move my items directly from one state to another. This price was literally double the normal price, which was something i was willing to pay so I could have a truck with only my possessions and a direct drive from my pick up to my drop off. When the mover, Pelli, arrived, he tried to uncharge me. I immediately called Jake and told him about this, he called Pelli to tell him not to uncharge me. When they were finished with the move, they tried to upcharge me because the items took more space in the truck than they expected. Again, I paid for a full truck to go direct so a few extra items shouldn't matter. They argued with me for an hour and tried to convince me to sign a document which dictated some square footage limitation. I refused because that was not my agreement. They finally agreed to make the change but only after more than an hour of arguing so I missed my flight. During the few days between the delivery and drop off, Jake swore there would be no more games so I trusted him. I had a GPS device put inside my items which proves they made 3 stops between my pick up and drop off. I later confirmed with them that they had a pick up in Tampa, a delivery in DC, and another delivery in DE. All of this is contractor to my agreement. When the truck came, they demanded the balance of payment before the truck was unloaded, which is clearly not fair because I don't know what was damaged or what was removed. Jake refused to come to the phone to speak to me and when I got him on the phone, he immediately transferred me to another line so he could avoid his promises. The driver, Pelli, tried to get in the truck and drive off with my possessions but luckily I had time to park my car right in front and right behind his truck so he couldn't leave, then I called the police. If he left, they would have stolen my items and held them hostage to charge me even more! After I got to opening all of the boxes, I found 2 pieces of furniture damaged and 1 kitchen appliance broken. I have since tried to email and call but they are completely unresponsive. These guys are very skilled at the art of deception and thievery. Jake is an outright liar, Pelli is a manipulator who will pretend to be your friend but then hit you with charges then pretend it out of his control, and this is the common practice for this company. Im sure they are going to reply by saying that I signed a contract. They tried to get me to sign to less than what was in the truck so they can scam me at delivery. They had me sign under duress when they knew I had a plane to catch. They know exactly what game they are playing but the innocent customer gets shafted! These guys should be closed by law enforcement for deceptive practices! Read other reviews from these company and you'll find more of the same as I wrote. The owners, Thomas Davidson and John Davidson seem to have done this before with another company called Secure A Move, LLC. After their name was tarnished for deceptive practices, they closed that company and left all the innocent victims behind! Just look at the reviews for that company. Stay far away from them!!!

Description of Work
Move from FL to NJ

Description of Work
A fantastic moving company. They were efficient, very hard working, professional & quick. It was a great experience. I would definitely recommend them to my friends & family. We would like to thank everyone from the management. Very professional attitude.The service provided was good. The movers were efficient, very hard working, professional & quick.i Would recommend to use Unlimited Moving company. Thank you

Description of Work
The move out of Tampa home was good, clean and professional. The move into my Boston home was long, only two people and one was not very experienced. They didn't put many of items together, and only after they left did I see that had not returned the legs/backs/mirrors to items. I am missing items, items were broken and the price quote changed significantly from the phone to onsite.

Description of Work
Moved household furniture from Florida to Ohio. Everything was packed, wrapped and carefully loaded. There was no damage. They were completely professional A perfect move. | | | | |

All services were performed as agreed in preliminary discussions and with resulting contract. Only damages were broken glass in two picture frames - unbelievable that was the only damage! Previous moves had all been via military - this was first one I paid for myself and it was the best move ever.

Description of Work
UM did a full house (2600 sqft + garage) packing, temp storage for 3 months and delivered goods to new residence in a new state.

They gave me a quote of about $1900. The reason that I paid more than the quote is that because the estimate was over the phone and I guess I missed a few items when telling them what needed to be moved. They were very, very good. They were easy to get a hold of and they gave me a date of arrival. They actually came a little but sooner than expected. The actual movers were very, very nice. I had a ladder go missing and they offered to send me a check to replace it. Nothing was broken. Everything went well.

Description of Work
I hired Unlimited Movers to do some packing and to move me from Tampa to Little Rock.

I originally contacted Unlimited moving based on a friends referral. My sales Rep. was Robert and he was very pleasant to deal with from the beginning. I was then introduced to the estimator Tommy, when he came out to my home. I felt comfortable with his knowledge as well as the price, so i decided to use there services. On move day the men came and did a good job. The team was curtious and hard working. A few days later the men arrived with my items and i was again pleased with the staff that delivered my items. Very positive experience with this company.

Description of Work
Unlimited moving relocated my 3bdrm. home from Atlanta to Tampa providing a full pack service and door to door service.

They under estimated the square footage by almost double which caused problems from the beginning.They were careless with my items. I ended up broken furniture and glass. The legs were broken off of a footstool and off of my dresser, as well as other furniture. They dumped my clothes in the bottom of boxes and I specifically told them I needed wardrobes so the clothes would be hung up. They moved 28 paintings as well and they should have been bubble wrapped but I'm not sure if they were. They also used a wooden crate that should have been used to move eight paintings but they only put four in the crate, and it cost me an extra $400. Some of those paintings were not even wrapped. Luckily a statue I had was not damaged, but overall it was a negative experience.

Description of Work
I used this company to move from southern Florida to Fredericksburg, VA.

I researched other moving companies before deciding on Unlimited Moving. So many seemed to have hidden costs and I had heard horror stories from friends about their final price. With Unlimited Moving, everything was clear and upfront. The estimate was right on target and within my budget. There were no surprises on move day.

Description of Work
I Relocated my Family from Florida to New York. We had a 4 bedroom home in New Tampa. We had Unlimited Moving do a full service move for us. An all inclusive move as they say. We were very pleased with the services that they provided to us. All but one ceramic mug made it without damage. We thought that was pretty good considering the long haul.

The Gold Standard for home movers. We'll handle everything and make your move simple. Our professional movers are clean cut, hard working, knowledgeable and ready to get your new home set up just the way you want it. Assembly/disassembly included, no hidden fee, no deposit needed. We pride ourselves on having the friendliest movers in town - also the Pet-friendliest too! A portion of all sales through Angies List goes to our local pet shelter. This is a big passion ours and something we love doing! We would love to answer any questions you have about moving. We have a 5 star rating on Google based on our outstanding customer service, so don't wait around, give us a call now to get the answers you need.  …

We like to pride ourselves in the level of customer service we are able to provide. Simply because we are a small local owned business we can spend more time on providing the easiest moving service you've ever had! Competitive and flat rate pricing garuntees you don't face any surprise charges at the end. Let us make your move easy!  …

Hello Movers strives to give you give you the best possible move. We know this can be a stressful time for people, so allow someone you can trust to take that stress off your hands. We train our guys to meet all your needs and to provide the best customer service guaranteed. Hello Movers will treat your belongings as if it were our own. So put your faith in us and let Hello Movers be the company that relocates you.  …

How is Unlimited Moving overall rated?

Unlimited Moving is currently rated 4.4 overall out of 5.

What days are Unlimited Moving open?

No, Unlimited Moving does not offer eco-friendly accreditations.

Are warranties offered by Unlimited Moving?

No, Unlimited Moving does not offer warranties.

What services does Unlimited Moving offer?