HelloTech: Tech Support To Your Door 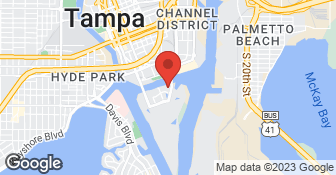 Have no fear, HelloTech is here. We can send a tech to your door to help with your computer, home theater, TV mounting, and general device needs. In many cases, we can solve your issues remotely for much less, simply by connecting to your computer....

We hired HelloTech to mount 4 TVs and 2 soundbars and to have a recessed box placed behind one of the TVs so it should be mounted flush. -- The installer came out and mounted the 4 TVs and the 2 soundbars while a house-sitter was here. -- I came home and found that both soundbars were unlevel and 2 of the four TVs were unlevel. And the recessed box wasn't installed. I called them and they told me they didn't have record of me wanting a recessed box installed and that it would be $149 more. Fine. They had their tech come back 2 days later. He came and told us that he COULDN'T install a recessed box, and he left without leveling anything. I sent pictures of all of this to HelloTech. I've sent at least 10 emails and called them 5 times. I wasted $600. I ended up re-mounting 2 of the TVs and the 2 soundbars. (It's good I remounted the soudbars because the anchors that HelloTech installed popped out of the wall.) -- I wrote them multiple times asking only for a 50% refund of what I paid. They ignored my multiple requests, so my only recourse is to give this review. - Nov 2021

One hour to set up a 32 " TV and sound bar. We are now using 3 remotes to operate TV. Kept asking questions. Second hour was the Harmony remote. First he did not bring computer. Had to use ours. Kept asking questions. He did not connect all of our equipment, we need to get someone else to correct what he did. Our last remote programming was done in 20 minutes. Plus during this covid time, he had to use bathroom.

Description of Work
1. program a new Harmony Universal remote 2. hooked up 32 in TV and sound bar.

Worked, tech couldn’t get remote to work. I believe this was supposed to be included

the two men stole my 10-year anniversary bracelet I had on my dresser I caught them in my closet going on looking at my safe, younger kid that's taller than the technician stated he had to go to the truck to get something I think he put my bracelet in the truck I was just extremely close and wish I had looked closer to what they were looking at. I had other bracelets on my dresser also when I noticed there was an empty space between the bracelets that's when I knew what happened I told a few people they told me give them the benefit of the doubt and for me to look all over to see if I can find it and if I cannot find it then follow through I looked and loved and loved then I called the detective you told me I waited too long that it was probably sold at a pawn shop and for me to go around and check the pawn shops I still thank you each and every day I'm sickened just sickened with grief.

Great. The serviceperson was attentive, knowledgeable and courteous.

no one has contacted me to finalize service.

Description of Work
NONE! one company was too expensive. Other company did contact to finalize. Didn't hear from others

Shawn was excellent !! Highly recommend him

Description of Work
computer needed to be cleaned, was running very slow

Horrible customer service and communication from this company. NEVER showed up for appt. OVER TWO HOURS I waited, and had to take time off work again to reschedule and still want to bill me $50. They are a joke, and will not respect your scheduled appointment. Go elsewhere for real service.

Description of Work
HORRIBLE COMPANY. WILL NOT SHOW UP TO SCHEDULED APPOINTMENTS!

Cam was great,fast,knowledgeable,professional. Will definately use service again if needed!

Description of Work
Connect pc to printer,file clean out etc.

1st Tech - had a car accident - 2nd tech NEVER showed. I called the company 5 times...they said they would contact dispatch...NEVER HEARD FROM ANYONE. DO NOT USE THIS SERVICE...BUYER BEWARE!!!!!!!!!!

Description of Work
Computer Tune up

Description of Work
Design and install web router and extenders

The technician was very thorough and fixed several things for me. He advised me to get an external mouse, which fixed the last of the problems. I've used them several times since and they've always been very good. I would prefer to talk on the phone, but the "chat" still works.

Description of Work
My new laptop was malfuntioning

Outstanding. Everything now works as it should.

Description of Work
Networking 5 printers in my home.

Everything went well, the set up was corrected. Our Technician was extremely knowledgeable and made sure everything was working properly. Expert service for sure!

Called me immediately, showed up an hour late for appt to review job. Told me he would send me a written estimate of costs. I waited 3 days, gave up and hired someone else to do the work.

No response to my request for a quote

Excellent! Timely, professional and cost very reasonable. They resolved all the issues created as a result of Malware.

The first scheduled Tech was a no show. However, another Tech was rescheduled....(Sergio) was GREAT! Yes...I would recommend this company. I spent a little more...but it was worth it.

Description of Work
Had a new TV mounted and the old TV set-up in another room.

I was having problems with the installation of a Rind camera door bell. I talked to ring and the recommended Hello Tech to help me finsh the installation. They contacted me and came to the house the very next day . The technician was extremely helpfull and installed a jump wire so my exixting door bell wound be compatable with the Ring system

It went very well. I didn't know if I had virus issues, and during the service it seemed to have found and eliminated a few. The computer seems to be running a bit faster now.

HelloTech reviewed the issue and provided the advise I needed.

Description of Work
Emails were not coming to my computer

Finest Outdoor Lighting Company in Southwest Florida! Professional Landscape & Architectural Lighting - Specializing in Low Volatge LED, Lifetime Warranty Products & Installations. While other homes are disappearing into the night your home will come to life as a showpiece of design sensibility. We understand your home is more than just a residence to you. It should be a visual masterpiece that friends, neighbors, even passerby’s can’t help but stop and take notice. All of our custom designed systems are the result of a personal collaboration with each individual client. You have your own specific style and taste. We are here to ensure your lighting system will reflect this. You hire us not for the lights, but for our expertise in design, our expertise in LED lighting, our professionalism in installation and the long term support and care for our clients. Fully licensed & insured.  …

How is HelloTech: Tech Support To Your Door overall rated?

HelloTech: Tech Support To Your Door is currently rated 4.5 overall out of 5.

What days are HelloTech: Tech Support To Your Door open?

HelloTech: Tech Support To Your Door is open:

What payment options does HelloTech: Tech Support To Your Door provide

Does HelloTech: Tech Support To Your Door offer free estimates?

Does HelloTech: Tech Support To Your Door offer eco-friendly accreditations?

Does HelloTech: Tech Support To Your Door offer a senior discount?

Does HelloTech: Tech Support To Your Door offer emergency services?

Are warranties offered by HelloTech: Tech Support To Your Door?

What services does HelloTech: Tech Support To Your Door offer?