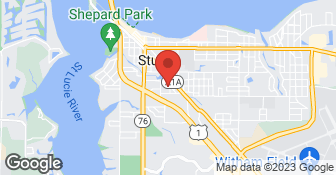 CUSTOMERS WILL RECEIVE A CALL BACK WITH IN 24 HOURS UPON ANY MESSAGE LEFT! We are a local company established in 1984. Tracy, works with his sons Daniel and Kevin to give you a quality product every time. Over 10,000 air conditioners installed locally.  …

Speedy Air Conditioning Service delivers fast, friendly, professional expert service, repair and installation of central heating and cooling systems. Winner of the 2016 & 2017 Angie's List Super Service Award, we care about your comfort every step of the way. Easy financing options including 0% Financing for 72 months (oac) available with any system install, and up to $825.00 off qualifying systems, call for details! Additional phone - (772) 871-1560 Additional Fax - (772) 934-3511 Free service call with repairs during regular business hours  …

I called two companies one of whcih was Cold Remidy. Spoke to Rick -I believe he is the owner. He quoted me a price to resolve the issue that was significantly less than the first company I called. I ageed to the arrangements and service ws performed very satisfactorily. Rick was sincere and honest. He did what he said at the price he quoted.

They were very responsive. They were reasonable on price. They do not overcharge. They don’t look for stuff, they do what has to be done and that’s it. He is good and that is most important thing.

Description of Work
I used Cold Remedy Air Conditioning Inc for replacing a service tank and checked everything out.