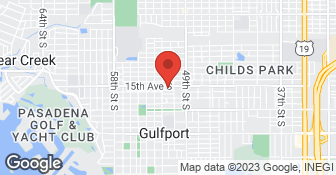 I was not occupying the house at the time the addition was being constructed. For the most part it went well. There was one delay due to weather and another due to a poor roof design provided by my architect. The contractor, Lou Gonzalez, re-evaluated the design with the architect and the roof rafter subcontractor. He then re-constructed the rafters on site. Lou Gonzalez was excellent at attention to detail and on more than one occasion called certain subcontractors back for do- overs or to correct some small thing. Almost all of the subs he used were above average so the completed job is stunning and added huge value to the house. I would not hesitate to use Lou again and did. He installed a screened security door for me and added a threshhold that a previous flooring contractor had failed to provide. He was completely willing to come back several times for minor things like cleaning the outside of the new windows of some sort of construction splatter. He also returned with his electrical sub to fix an outlet in the new bathroom that blew the light breaker after e couple of months when using a hair dryer. His electrician fixed the problem, but Lou called a few days later to make sure everything was okay. Also, Lou texted me progress photos during the course of construction and I flew down a couple of times during the summer to look at the job.

Description of Work
The contractor added a handicapped accessible one bedroom/ bathroom addition plus a screened porch and kitchen bump out. Total square footage about 800 sq. ft. The original 2 bedroom, one bath house with a bonus room was 1096 sq. ft.

He said the job would take 8 weeks and was true to his word. Everything ran like clockwork. He was exceptionally neat and clean taking care that the rest of the house stayed clean. I would without hesitation recommend him.

Description of Work
From start to finish Lou made sure all the details, even the small ones were done to his specifics and perfection. He did an excellent job of supervising the team of workers: framers, electrician, plumber, sheetrock & spackle man, tile man, painter, roofer, etc. brought in to get the job done. He made sure I picked out the best quality fixtures.

Stucco - License: 6939 - 2 Employees - No Use of Subcontractors - NICHE: They'll match any texture for plaster or stucco. The are very dependable and presentable. - Cost is determined by specific job.  …