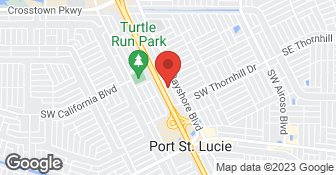 Southeast Construction Associates, Inc is a family owned and opperated business with over 30 years experience in the building and home improvement industry.We strive to give you a quality finished product at a reasonable price....

I am a professional painter with 15+ years of experience in every kind of home painting project, I provided top quality work for the Roaring Fork Valley and surrounding areas. I have experience in exterior and interior painting, wood staining, drywall repair and wood and garage flooring. I am also experienced in basic maintenance and upkeep work. Professional, friendly and prompt!  …

Welcome to Paradise Exteriors, Florida’s leader for premium windows and doors. Feel at home with our family owned business that is operated on a foundation of integrity and dedication to excellence. Our family is committed to yours. We provide products tested to withstand extreme weather conditions including category 5 hurricane winds over 180 miles an hour, keeping your family safe and secure. Our products incorporate cutting edge home security technology, protecting your family from intruders 24 hours a day 365 days a year. Enjoy the peacefulness of your home by vastly reducing unwanted outside noise and disturbances. Save thousands of dollars annually on your homes insurance and energy bills with award winning energy star rated products. Enhance your homes overall value and curb appeal with premium windows and doors that will set your home apart. Our family takes pride in providing a memorable five-star customer experience with clear and constant communication throughout each step of your project. Call us now at 561-732-0300 or submit a form online to receive your complimentary quote and create your Paradise today. We provide a 30% discount for Seniors and Military. Thank you and have a Paradise day!  …

I started my painting business here in South Florida 3+ years ago. I've been doing this trade as early as 13 when I started working with my dad who ran a painting business for 40 years! I learned everything I know from him. My wife and I run this business together. We have years of experience, take pride in our work and will not leave the job until our customer is happy! We would love to make your job the next on our list!  …

At first we were skeptical of hiring because of a bad review on BBB, however we were assured that problem was handled and the only reason they couldn't get the bad review removed was because it would cost them money (BBB). We were referred to another customer who had excellent reviews for this company and sent me pictures of the work done and stated that they planned to use this company again. Since their bid was reasonable we decided to hire them. The first day and the first week, everything went well. They were punctual and did a good job with the demolition. They contained their mess well. Things started to go downhill from there. The cabinets and fixtures and granite and the tiles were (are) all beautiful but were not installed well. There are gaps between the walls and the cabinets, plumbing was installed poorly and had to be redone a few times but the pipes still rattle in the walls. The faucet fixtures were not lined up even. The tiled floor in the shower leaked water all over the floor and they had to be redone. The wall tiles are very uneven. I requested a small grout line in the floor tiles and the grout line is HUGE. The grab bar in the shower was too wide. The glass door had to be redone because the tile was off. The glass door has not stop and we worry about damage to it because it hits the grab bar. The painting and the drywall was the worst of all!! The drywall was done so poorly with lots of visible gaps in the walls. The laborer came out and redid it and then the owner worked on it but it still has gaps all over the walls. They clearly need a professional painter. The painting was done so poorly. At first I thought it was just because I chose a darker color for the walls, but 2 other rooms were painted, also. The guest room and the laundry room and the paint job is worse than even I could do, which is pretty bad! We also hired them to repair a toilet in the cabana bath. They actually broke the toilet so now it doesn't work at all. Now for the worst of the story. The granite is very nice. The guys who installed it did a good job, however, a few weeks after the job was finished, he showed up at my door and saying he needed to be paid because Southeast Construction never paid them and they would put a lien on our home if we didn't give him $6000. The company wouldn't return any of our phone calls, texts, emails concerning this or any other issue. They originally stated it would take 3 weeks to complete but it took nearly 2 months. What a mess! And there is yet other problems but I will stop there. Be very wary of this company!

Description of Work
Remodel a master bathroom, repair ceiling in the kitchen, paint a guest room.