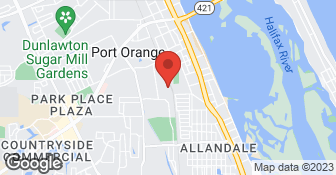 We provide free estimates by phone, online or with a relocation specialist. Storage is available at our warehouse or we will pickup and/or deliver to a mini storage of the customer's choice. All moves are completed in clean, company owned, lettered vehicles. Our customer's are asked to complete a Job Evaluation Report on every move

J & M arrived on time. The were contracted to pack, move, and unpack our home. The estimate provided was over $1000 below the actual cost. I was told before the move that the movers would pack one day and unpack the next. They changed this plan without informing me which resulted in the move taking longer than expected which would not have been too bad but cost me a fortune. The unpacking was a joke.....items just dumped into rooms. I am still unable to find some of our household items and our living room furniture was seriously banged up and damaged. I would not recommend this company.

Description of Work
Packed up, moved, and unpacked contents of our home.

J & M Movers committed the crew on short notice (3 business days); they showed up a few minutes early; were willing to help with about anything while we waited for the container to arrive. Only surprise was the 2.5 hour minimum charge which was not discussed over the phone with me when I asked for 1 - 2 hours for the crew of 4, since I had a 2 hour window to unload the container. However, since the container was almost 2 hours late, we blew right past that minimum. Once we got access to the container, the crew unloaded it in exactly two hours in the heat of the day, by working steadily with only a very few short (3 minutes) breaks. Crew was professional, polite, worked well, did a good job, and was there for 4 hours. No breakage. Would absolutely use them again!

The two guys who showed up were nice but were dressed in regular street clothes, not uniforms. As it turned out, they were not employed by J&M. They worked very quickly: seemed like they were in a hurry, weren't careful with our belongings and our new home as they hit and scuffed walls, corners, and the tile flooring, they didn't strap down large, heavy glass hutches and curios as they brought them down the ramp (on the truck) which stressed me out, and tracked in a lot of dirt and grass they didn't offer to clean. Also, when they left, one of the guys gave us his business card to a gym he said he owned and asked us to stop by to exercise/join his gym! When we hired J&M (after much research, by the way) we were never told that our work would be sub-contracted out. We were, however, told that they charged a 2-hour minimum of $225.00. We agreed. However, we weren't at all pleased that the two guys were in and out in about an hour and had charged us an extra 10 bucks for "gas." Overall, I was glad to have people help us finish moving in. But I was not happy with how it was handled. I felt like the two guys worked as fast as they could in order to make as much money as they could in as little time as possible. Because of all this, we will not use this company again. Work was done in New Smyrna Beach, but I do not wish to disclose my location.

Description of Work
Hired J&M, but two independent contractors showed up to help move some furniture from truck to inside of house.

EXCELLENT! Everyone was professional and friendly and helpful from the first phone call to Scott to the final unloading in Palm Harbor. The movers, Marty and Jordon were Great! I highly recommend.

They are excellent, as always. They don't rip you off at all. You know exactly how much you're gonna pay. They're very efficient and fast. The price is fair.

Description of Work
I needed them to unpack and put the stuff in the house.

I called Wednesday for an appointment on Saturday. They said all would be OK quoted me $250 and they would be there at 8 AM on Saturday. The showed at 8. Surveyed the situation and started moving furniture. They were very fast and efficient. Never even stopped for water. Took about an hour to load truck. They unloaded the truck in less time and nothing was broken, scratched or marked. Very professional, especially for a room that was not packed very well. We were not prepared or ready for a move on very short notice. The movers did a great job. Would highly recommend them and I will use them if the need arises again. This company did a great job. Total charge was right to the penny of the estimate. No surprised. Awesome.

Description of Work
Moved my daughter out of my house to her own.

The person I spoke with was extremely annoyed and that I would even ask that question. Needless to say the answer was no. Therefore I did not choose to use their services !

Description of Work
When I called to inquire about their services and I asked if they do a background check and drug testing on their drivers/movers.

We are at a loss to understand the experience you are reporting as all of our drivers/movers are J&M personnel and we do drug screen and background checks. J&M has been owned by our family since 1998 and I was, in fact, the person who did the estimate for your move in 1999. We are very mindful of the impact repeat and referral business has on our operation, and the fact that we do drug screen and background checks is not information that we are reluctant to share with customers and/or potential customers. It is unfortunate that you had this negative experience but we would hope that should you need the services of a moving company in the future you would again contact us.
5.0

Thank you for your review. Customer satisfaction is something that is very important to us here at J&M. It was our pleasure to work with you on your move and we look forward to working with you again in the future.
5.0

The 3 men who handled the move were excellent. They were very courteous and took special care in making sure that nothing was damaged. I used this company on my last move and had the same excellent results.

Thank you for your A review. At J&M we are committed to quality customer service and a large part of that is customer feedback. We thank you for the positive feedback and look forward to working with you again in the future.
5.0

They were good, I can not say it was excellent. They were very good, it just took longer then we thought it would. The price was reasonable. They were on time, protected my furniture which is important, careful moving and they tried to get my refrigerator to fit and got it in. They were efficient, professional, worked hard and did not goof off. We were pleased. They called us to schedule and let us know what they could do and would not do so there were not any surprises. We had a change to know what we were looking at and a rough estimate of what the cost would be.

Thank you for your "A" review. Being efficient and professional are things we pride ourselves on here at J&M. We appreciate your feedback and look forward to working with you again.
5.0

They are the fairest priced movers around and are very upfront with the price, charging by the hour. They have very skilled, good people working for them who are fast, efficient, and treat your furniture well. I like that they are honest, and don't try to jack up the price at the end, like so many other movers do. They don't try to milk the clock. They really are very excellent. I have been using them for years.

Description of Work
I have used J & M Moving & Storage Special to move me.

[member name removed], Thank you for your A review of our Company. We pride ourselves on a quality service for a fair price and repeat customers are the heart and soul of our business. We look forward to working with you again.
2.0

Estimator and office were great, and they were available on Sunday on a holiday weekend, at short notice. But the movers tried to sneak off, with a lot of stuff being left behind. They then claimed they were only told to move the furniture -- no boxes. And nothing from the garage except w & d. I don't know what the estimator wrote, but I told her everything was going, including stuff in the attic. My friend bribed them to finish their job -- I don't know how much he paid them. Even at that, they left a LOT of stuff behind -- hid it closets and shut the doors. They moved a chiminea but not the stand; it's extremely heavy and I don't know that I will be able to lift it onto the stand when I do get the stand to the new house. They just set it, a concrete tabel and a heavy statute in the new yard without asking were I wanted them. I had to move the concrete table and statue, at great cost to my back. They left the cooler full of frozen food in the garage under two heavy boxes, and kitchen dishes in the office. Under no circumstances would I use this company again.

Description of Work
Were hired to move everything from my old house to my new house.

We specialize in local and long distance moving. We offer a 10% Veterans discount and a 5% Senior discount. We guarantee your satisfaction, and we won’t leave until the job is done right. We pride ourselves on the quality work we provide, while delivering great customer service! Check out all the services we offer below and call -or- click to schedule a free estimate today!  …

We offer full service moving services, local and long distance, packing, storage, and more! We guarantee your satisfaction, and we won’t leave until the job is done right. We pride ourselves on the quality work we provide, while delivering great customer service! Check out all the services we offer below and call -or- click to schedule a free estimate today!  …

No move to small or big. With over 35 years of combined industry experience under our belt, we are your first choice for excellent customer satisfaction. We are locally veteran owned and operated and our professionals are always prompt, clean, and friendly every step of the way. Call us today for a free estimate! We look forward to working with you!  …