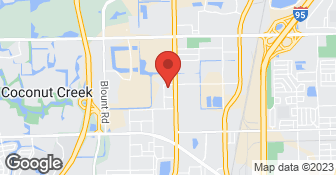 Delorie Countertops & Doors opened in Pompano Beach, FL in 1999. Since then we have continued to grow into one of the premier countertop fabricators and cabinet door, component and cabinetry distributors in Southeast Florida. A partnership with Prémoulé, Inc., one of North America’s leading manufacturers of post formed countertops and custom cabinet doors, has allowed us to offer you the highest quality products available while still providing you with personalized, one-on-one service. Are you ready for a new look? Changing out your countertop is the perfect way to update and transform the look and feel of your space. Delorie currently offers acrylic solid surface, laminate, and quartz countertops. We take care of the whole process from start to finish by measuring, fabricating, and installing. Our fabricators and installers have an average of 15 years of experience in the field and all countertops come with a minimum 5 year guarantee…so you can rest assured you are getting the highest quality craftsmanship and products available. Delorie has the experience you can trust: from the countertops in your kitchen, bathroom and office to countertops in hospitals, hotels, and entire condo communities. No job is too big or too small! For contractors, designers and those in the industry, Delorie offers extensive lines of thermo foil, real wood, painted MDF and polyester doors for all of the most popular melamine brands. Each line of doors has a wide array of matching accessories such as mouldings, fillers, valances and more. Matching laminate or wood veneers are also available for almost all the colors we offer in every line of doors....

When visiting their facility, we found that they had a wonderful variety of samples and after comparing with other businesses, the pricing was reasonable. Todd was the representative that took care of my order. After putting in my order, there was a delay on having their serviceman measure my counter. When I called Todd about it, he looked into the situation and got back to me immediately and explained the reason for the delay. He was able to get the appointment soon after that. Installation went very well.

Description of Work
We had a quartz kitchen countertop installed

We had Delorie put in a quartz countertop this past winter and were pleased with the work done. We could not find a suitable ceramic design backsplash, so we opted to use the same as our recently installed quartz countertop. We realized that it would be more expensive but being a "one time" cost, we went ahead with it. The results were a beautiful "Classic" look, no grouting to deal with and a nice smooth look! Well worth it to us.

To start with, I was greeted by a very nice young woman but it became apparent immediately that she did not know all the variables involved. I was asking questions to basic info which she had to go to a manager. She did not ask me anything to help narrow the focus. An good sales associate will lead you to what you want based on info they get from questioning. In the end I ordered what I wanted but had a change of heart the next morning on the addition of a sink. It was exorbitant ($500) and I was not informed that it came stand alone. I would have to pay extra for strainer, drains, baskets, and grids. I was also not informed that it was an 18g not 16g. I wanted non scratch and insulated but the rep didn't even know what that meant. I tried to cancel the sink part only. I would bring them a sink I picked out, but they didn't want any part of that. Instead the manager hung up on me and eventually gave back the deposit (and still had to keep or return the sink to the supplier). Thank you Delorie for being so responsive and accommodating to your customers. This world is changing too fast!

We are very sorry that we were not a good fit for your project. We were, however, very accommodating during the order process and our associate spent upward of 4 hours with you in our showroom reviewing numerous options for your project, answering all of your questions, and re-pricing your job with each possible option you showed interest in. When you finalized your selections and left your deposit you were advised that the order was not able to be changed at all once you did so, and that you should be certain of your selections before leaving the deposit. This policy is in place because our products are all custom and also so we can order your materials immediately and deliver the final product in as timely a manner possible. You then called the next morning and wanted to cancel the sink. At that time we advised the sink had been ordered and shipped the day prior so we could not cancel it at that time, but that we would find out if it could be returned. We advised there would likely be a re-stocking fee if they would accept a return but we would have to check with the supplier and would get back to you. You insisted that that "rules were meant to be broken" so we should just cancel the sink for you, even though it went against our policy which was clearly stated to you when you placed your order. Then you suggested to us that we should call our supplier and demand they return the sink and even threaten them- telling them we would stop ordering from them if they did not accommodate us. Management advised you that we would not threaten our suppliers or stop ordering from one of them. When it became clear that we would be unable to come to a solution that would appease and satisfy you we did offer to, and immediate did, refund your deposit so you would be able to find a company whose policies and business practices better suited your needs.
5.0

Came to take the kitchen measurements dressed in a professional fashion. Delivered plans and patiently addressed the changes in a professional manner. The products offered are trendy and of good quality. The prices are fair.

Description of Work
made plans to remodel kitchen

Removed old granite countertop and installed new one. Work was performed in a professional manner, would use again and recommend DeLorie. They also have a very well stocked showroom and helpful staff. Very pleased overall.

An award winning family business, locally owned, for over years 48 years. Specializing in Commercial and Residential flooring. We can handle any size job including Hardwood, Carpeting, Laminate, Marble, Stone, Vinyl and LVT. We also are available to assist your Kitchen and bath remodels. We are recognized craftsman on commercial, residential and marine interiors. Masterson Flooring was formally, Carpets Plus of Deerfield Beach.  …

"FB DOORS is a premier installation company of high-impact windows and doors in South Florida with over 21 years of combined experience of high-quality installation and engineering design. We are meticulous when it comes to the installation of windows and doors to provide the utmost appearance and finishes for your residence. Our mission is to utilize our experience to enhance your living environment and to protect you from nature's elements as well as burglary." We offer financing through all major credit cards as well as the Ygrene PACE program. Please visit our showroom located at: 15002 NW 107th Ave Ste. 4, Hialeah Gardens, FL 33018  …

American Remodeling - in consideration to our customers thru all this pandemic situation - we are excited to offer 10% off your final invoice on projects signed before May 30, 2020. America Remodeling is a top tier General Contracting company and has been in the remodeling business in South Florida since 2002. It has been 15 years since we opened our doors for the first time. America Remodeling, Inc. is a fully insured company, staffed with highly experienced licensed professionals. Please feel free to contact me directly for a free estimate. Our phone numbers are: (561) 843-3182 (Office), and my (Roberto's) phone number is: (754) 367-1332. Feel free to text me your questions. Thank you, and I look forward to meeting you soon.  …

Delorie does not offer any non-porous countertops or material that is unable to be warrantied, such as granite, marble and other natural stones. We also do not re-laminate over your existing countertops.

Delorie Countertops & Doors Inc is currently rated 4.4 overall out of 5.

No, Delorie Countertops & Doors Inc does not offer a senior discount.

Are there any services Delorie Countertops & Doors Inc does not offer?

Delorie does not offer any non-porous countertops or material that is unable to be warrantied, such as granite, marble and other natural stones. We also do not re-laminate over your existing countertops.