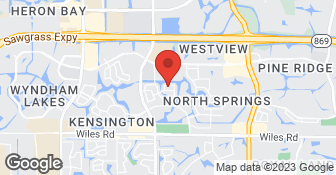 Thank you for considering our Atlantic Care Window Cleaning . Hundreds of customers have come to trust our customer service oriented approach to providing a great window cleaning experience....

Perfect, the workers were professional, focused, pleasant, fast and efficient Will Recommend definitely

Please read full review before hiring. This is the one of the worst companies for anything that I have ever dealt with. The guy named Renato came and gave me an estimate for exterior wall cleaning, patio deck and pool area, driveway and curbside and window cleaning and patio paver sealing. None of the areas were that dirty but it needed cleaning. Once the workers that he sent came and started doing the work , the worker claimed that the exterior walls were not included and that the pool area was also not included and that it would cost me extra and so instead of charging me the agreed price, now it was going to cost me more to do what was already agreed on. Renato had also agreed to do the paver sealing for a certain price. So when the workers left, the work was not completed. He asked for half of the total cost and he promised that he would come back to clean all the things that were not satisfactorily completed. Shame on me , but I paid him the half that he asked for, trusting that he would come back to finish the job. He promised that he would come back the following week, but 3 weeks and some phone calls went by but he never came back. He took more than the money that was agreed on , left a poorly done job and never completed the work. They never called back, never game back the extra money that I paid them. I imagine that if you do what I did, and not read the reviews, and only trust that they are recommended by Angies list you will hire them without doing your due diligence and do your research first. If you are smarter than I was and read this review, do not hire these people, they are dishonest , sloppy, shady and downright nasty people to deal with.

I thought they did an excellent job!!!

Highly recommended! Renato and his crew were fast, efficient, courteous and professional. Atlantic Care's services are very fairly priced, too. I will definitely use them from now on.

Description of Work
Window washing inside and out, gutter cleaning, pressure cleaning

I was very impressed with the quality and professionalism during this job. I would definitely hire them agin and will recommend them to all my friends.

The technician was meticulous and I am absolutely thrilled with the quality of work from this company! I would hire them again in a minute and will do so again! Exceptional follow up, exceptional workmanship, exceptional professionalism!

Description of Work
All the inside and outside of my windows

Do not hire Atlantic window cleaning to do any work. We hired them to seal our pavers and wash the windows. He told us the pavers would have a shine, and they look the same as before they were sealed. They missed spots in the front and the back. The back pavers look worse. Renato sends his guys that don’t speak any english, and he doesn’t come around after you hire him. They left ALL of our patio furniture out in the backyard (including our firepit which is too heavy for me to move). The windows STILL have bugs stuck to them. We already paid him so we can’t get them to come back.

Renato came out quickly to provide a quote. The pricing was very reasonable. His team arrived on time and did a fantastic job. I would definitely use his company again.

Atlantic Care Window Cleaning is currently rated 4.8 overall out of 5.

No, Atlantic Care Window Cleaning does not offer eco-friendly accreditations.

No, Atlantic Care Window Cleaning does not offer a senior discount.