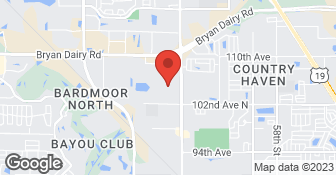 All they did was supply the materials and one of their subcontractors did the work with the understanding that the liability was on him and not them. The price was excellent. I was pleased that I saved a little money. I guess it is called a do-it-yourself project. This was not the first time that I used them. I have used them in the past and was very satisfied then. I wasn?t happy this time around because I had to deal with two different people. Some of the things I thought they should have done, they did not do; I had to go down and pull my own permit and do things like that. It was complicated. I don?t know if I would use them again in the future, but I would consider it.

Description of Work
I used Bay Area Remodelers Inc to put in a new sunroom.

That was all we needed to have done. It looks amazing. They were great. We chose them because they have been in business for a while. We have seen them do some work on a local home shop. They have a really good reputation and were very competitively priced. I had asked some questions before they came out for the installation, and they made sure that I understood everything. The project manager who came out later was very professional and very kind.

Description of Work
We used Bay Area Remodelers Inc. for bathroom remodeling. They did the acrylic work by covering up existing tiles. They did a liner over our tub and put in new walls.

The salesmen came to my house and gave an estimate of $7000.00 and stated they would need a deposit of $700.00 and someone from the company would return for the balance and I could ask about the specific questions as to the location of the a/c unit, the electric plug ins, ceiling fan, and the swing of the outside door. No one has returned to discuss the items. Weeks later I began calling to ask for the return of my refund. The owner was never available, I was told he was, out of the office, in a meeting, on vacation, or would call back. I'm asking for the return of my $700.00 deposit. My contract states, "Pending Owner Financing".

They came to our home and designed a Temo sunroom for us. The designer was very professional and very knowledgeable about the codes and requirements of our area (hurricane zone). The construction began ahead of schedule and was completed in just a few days. The project manager and all the workers were so neat, professional, and accommodating to my schedule (not an easy one)! I would highly recommend them to everyone. There was one window that was giving me a hard time so I called the office and they had a serviceman out the same day to replace it! I can't remember the last time I got same day service from anybody! Really, I thought it was a little expensive in the beginning, bur I'm really happy now that I have the finished project. I LOVE the room!

The company was prompt and professional. They are licensed, bonded and insured. They pulled all the county building permits, which passed with no problems. I did have small leaks from the roof into the sunroom, but they were prompt, responded quickly, and resolved the problem properly with a new roof that is not leaking. They have been courteous, professional, and knowledgeable, and seemed to go the extra mile. I recommend them highly.

Description of Work
Demolished and removed a screened porch (Lanai). Poured concrete and installed a new sunroom to my specifications.

Although the room looks nice, I am not happy with the work. It leaks and has failed inspection 4 times (still has not passed). They were low to respond to calls. This is going on 6 months and still no satisfaction. This is a prefab type room no excuse for this shoddy workmanship.

Description of Work
Stay away from this company at all cost. A 5 week job took 4 months and our attorney to complete.

Proudly painting Pinellas County since 1997. Angie's List business since 2006. Sunrise Quality Painting has been offering high, top quality painting and experienced painters. We paint interior/exterior of residential, commercial, and rental properties. We also offer wallpapering, wallpaper removal, popcorn removal, pressure cleaning, roof cleaning, Stucco repair, Gutter repair and replacement, Carpentry repair and woodwork, Drywall repairs, baseboards, crown molding, and other handyman services. No job is too small for our company. Insured and bonded. 10% discount for all Angie's List members. Please give us a call to set up an appointment at 727-744-3232  …

Arrow Structures is a State Certified Residential Contractor who specializes in all aspects or residential construction. From a complete new residential build, to a kitchen or bathroom remodel, to painting a room in your house, we at Arrow Structures have what it take to make your dream a reality. Our motto is Quality before quantity. We look forward to working with you. Feel free to visit our website at: ArrowStructuresInc.com  …

ALL OTHER TYPES OF REMODELING.

BAY AREA REMODELERS INC is currently rated 3.3 overall out of 5.

No, BAY AREA REMODELERS INC does not offer eco-friendly accreditations.

No, BAY AREA REMODELERS INC does not offer a senior discount.

No, BAY AREA REMODELERS INC does not offer warranties.

Are there any services BAY AREA REMODELERS INC does not offer?

ALL OTHER TYPES OF REMODELING.