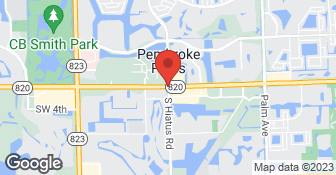 We offer valuable service at reduced pricing! Over 15 years of experience. References available upon request....

We do not offer Bee Services** For Green Lawns and Bugs Gone! Our Green Thumb Lawn Care Services are designed to give you the most amazing, green, lush, weed and pest free lawn possible. Our expert lawn technicians will analyze the current condition and problems with your lawn and then design a lawn care service plan that will make your yard the envy of all your friends and neighbors without you having to lift a finger. Our services include lawn fertilization, aeration, weed, and pest control as well as checking to make sure your sprinklers are delivering the right amount of water for your lawns particular needs while factoring in the season as well as the amount of sun and shade your lawn is receiving. Attention to detail is the key to an amazing lawn and that is what we will provide. If we notice a problem that needs to be addressed we will let you know about it immediately! Call 844-899-7378 Now and learn how to get started with a FREE Lawn Evaluation.  …

To be the family owned, neighborhood company your community can count on for all their pest control needs. To create a continually expanding, deeply satisfied customer base by delivering a high value, customer driven, quality service that people can depend on time after time. Family owned & operated. Additional phone (954) 981-4002 from S Broward County. Quality Pro approved.  …

He came one time and left a few useless traps around my house. Me and my sister were very polite while he was here and he seemed nice as well. Second time he was supposed to come and spray the house. He ditched us on two separate days and when my mother called he simply said he does not want our money. We had been nothing but kind to him and I don’t understand the complete un professionalism and disrespect. Hire anyone else.

This man came to my home, didn’t do full job, said he had to return and rescheduled. On the rescheduling he didn’t show. I called to see if he was coming and he lost it. Said I didn’t know anything about fumigation, that it was raining, and so on. Said he would come back on Saturday. It’s Saturday, I texted to see when he would be here, no answer, I called and he said I didn’t know anything about his job, to stop calling him, he didn’t want my money. I texted him telling him he was rude, disrespectful and wasted my time for waiting for him and he didn’t even intended on coming. Very rude, disrespectful. I truly believe he would never speak to a man in that manner. DO NOT WASTE YOUR TIME!!!

Horrible been paying this company for nothing!!!!!

Description of Work
I have used his service for 5 years, when a problem (cockroaches) appeared he basically did nothing. If you want an exterminator that does more than show up every two months and collects a check...please find someone else, he doesn't horrknow what to do when a real problem arises. What good is that??

Have been using Ray now for 7+ years for my home residence. He is a one man show, so you know who will be coming out to see you each month. We have found him to be one of the most honest, knowledgeable, and professional service providers that we have used. Service is done monthly to the outside of the house, to prevent insects from coming in. Prefer this approach of not spraying inside the house, especially if you have pets and small children. Ray is thorough in his work and will perform free follow up visits if you have any issues between the monthly services. Over half of our street now uses his service and everyone is very pleased.

I have been using this service/company for a very long time & Ray always goes the extra mile to ensure I am bug free. He has been known to search places beyond the immediate exterior of my home to stop migration of insects especially from surrounding areas. He always keeps in touch regarding arrival time & follow up appointments & is punctual. Once when I had a ant invasion, he set out a substance for them to take back to their nest rather than just spray those inside & that solved it!

Description of Work
Sprayed complete interior & exterior of my town home. His goal is to stop all infestations.

Residential Exterminating - no contact required. Our services include: Ants , Roaches, Fleas, Ticks, Silverfish, Bed bugs, Pantry Pests, Fabric Pests, Rodents and many other pests. There is no extra charge for fleas, bed bugs, ticks and rodent control.. LOW COST of $30 Interior and Exterior per month, $45 Bi - Monthly. Continuous Monitoring of any issues in addition to the monthly/bi-monthly visit at NO CHARGE