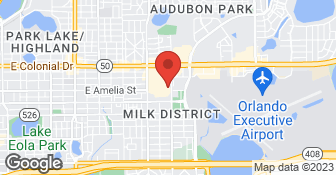 Great! I will definitely call again for any plumbing issue.

Description of Work
Toilet rebuilt and valve replacement on **** off.

Teles Plumbing fixed my water heater quickly and affordably. I was impressed with the quality of work. Mr. Teles was very nice and professional. I will call him again when I need a plumber.

He was quick to respond, patient, flexible professional and was willing to educate us on Similar issues in the future.

Description of Work
Toilet was clogged

Arsenio was absolutely fantastic. I had a pipe break at 10pm and water was everywhere. Arsenio was extremely polite and arrived on time. He was able to assess the issue quickly and was true to his word and arrived next the next day on time. I was fortunate5 to find Teles Plumbing on Angie’s List and will use them again!

Description of Work
Water leak in back bedroom; at 10pm in the evening.

Arensino repaired a slab leak in our master bath and also installed 3 new toilets for us. We had a second leak in our garage at a later date which he repaired. He is very knowledgeable and works hard to complete the job on time. We would definitely use him again for our plumbing needs.

Arsenio was quick at answering phone calls and promptly arrived the day of appointment. Within in a couple of hours he had found the leak and fixed it. Would definitely hire him again.

Description of Work
There was a leak somewhere in the bathroom and it was going into our guest room. Ended up being the toilet.

Description of Work
Had a flight inthe main line. He snapped as Ked it out.

He was very quick to respond and finish the job in a timely manner.

Description of Work
Fix a leaking Toilet and another toilet that was running.

Teles Plumbing was amazing. My bathtub, sink, and toilet were backed up in both of my bathrooms. I called around to a few plumbing places and was quoted outrageous prices. I then called Teles and he offered me the service at a very reasonable price compared to the other plumbers I contacted. Teles Plumbing came to my house in an hour. They called me and let me know when they were on their way and called me when they were close to arriving. They were very professional, quick, efficient, and cost effective. I would definitely use them again and I recommend Teles Plumbing to anyone who has plumbing needs.

Description of Work
Main Sewer Pipe Needed To Be Unclogged

Description of Work
The plumber told me how to correct the problem over the phone.

Great. Arsenio was a professional gentleman and has great plumbing experience.

Description of Work
A plumbing drain line cleared from the roof.

Arsenio is incredible. Very punctual and professional. Helped in a great way. Would recommend again.

I was a bit panicked to discover a leak in the front of my yard after returning home from work this past Halloween. Arsenio put me at ease, was able to grant me an accurate quote over the phone based on the description of the problem, and was at my place within a couple of hours! I was so impressed and thankful for his timeliness !

My son woke to the sound of bubbling toilets in his condo near UCF. He called me and I contacted a plumber who I had used before. After getting a less than urgent response, I tried Teles Plumbing. And I'm glad I did! The phone was answered promptly and after describing the situation, I was told they would be there within an hour and a half. Arsenio was a friendly man who arrived when he said he would! He proceeded to inspect the situation inside and outside and was able to determine that the toilet issues were a whole building problem. He then waited with my son until the property management was notified so as to ensure the problem would be resolved. He also offered advice as to what to look for after the problem was resolved. All in all, my son felt comfortable with this man and told me that he stopped excess diagnostics so as to avoid running up the invoice. I like that! We will definitely use Teles Plumbing for our future plumbing needs!

Description of Work
Diagnose backed up toilets in a condo unit.

Job well done. Arsenio answered all my questions, and provided a 6 month warranty on clearing the clog. Price might have been slightly high, but we went with Teles because they were available right away, and on the day after Thanksgiving.

I've had Teles Plumbing out three times and was more than satisfied with each visit. Arsenio was friendly, on time and did the repairs properly. I had hired him the first time after my previous plumber was unavailable and am glad I switched. I will certainly rely on him again should the need arise and definitely recommend his services.

So glad we found Arsenio! When our main line became backed up and we no longer had the use if our toilets, showers or other running water (for fear of sewer water backing up into the house), we started calling around to quote a few "24-hour" plumbers. Most were either not "24-hour" at all, or were "24-hour" if it was convenient for them, or must've thought "24-hour" means something different than it does to most of the world. But when we called Teles Plumbing, Arsenio did something unheard of - he answered the phone! Shocking - and at 9:30pm on a Fri. night no less! He was immediately friendly, gave the sincere impression that he wanted to help if he could, asked a few troubleshooting questions, so as not to waste our time or his, and provided an up-front, no-hassle estimate right over the phone. He said he'd be on his way, and showed up exactly on time when he said he would. He was friendly while being professional, and clearly knew what he was doing. Not only that, but he had the correct equipment for the job and... another shocker - he knew how to properly use it (not always the case, from our experience). He had our problem cleared up fully in short order, and then proceeded to make sure the rest of our main line was clear all the way to the street (which it was), just to be sure we had no additional surprises. Despite spending some extra time, the price was exactly as agreed over the phone. And his work came with a much better warranty than any plumber we've ever dealt with before. We were new to the area, so didn't have anyone to really rely on for plumber suggestions, but Arsenio will be our go-to guy for all our plumbing needs (hopefully no more after-hrs emergencies), and we will strongly recommend him to anyone. He's not only a professional, class act, he's a truly nice guy as well. You won't go wrong with him.

I was very happy.

Description of Work
I had some drain issues that they resolved for me.

Description of Work
They fixed my plumbing issue in my bathroom when a pipe in the wall burst.

Local company servicing greater orlando. Here at Sewer King we strive to provide the best customer service possible for your drain cleaning needs. That means, good comunication, best possible fix and the job done right. It is important to us here to be honest and fair. Weather it is comercial or residential our goal is to give our customers the best fix for there emercency. We provide several services, drain cleaning, jetting, repair, camera inspection. So give us a call now for a free ballpark.  …

Water & Wastewater Treatment company in Sanford providing world-class service for residential and commercial. We Supply a wide range of services like water softeners, reverse osmosis, whole house water filtration to homeowners to provide safe drinking water from all faucets in homes - we also provide special solutions for well water and industrial waste all across Sanford Fl. You can find us on social media using #smartwatertt  …

We are one of the largest dealers for puronics water conditioners in Florida. Over 1,,000,000 systems sold. Our system incorporates a silver shield hygene to inhibit bacteria growth within the filter media bed. The technology behind this proprietary product was adapted from NASA'S silver ion technology developed to purify water for the astronauts aboard the Space Shuttle Orbiters.  …

No License Required for Trade
Insured
All statements concerning insurance, licenses, and bonds are informational only, and are self-reported. Since insurance, licenses and bonds can expire and can be cancelled, homeowners should always check such information for themselves.To find more licensing information for your state, visit our Find Licensing Requirements page.
General Information
Free Estimates
No
Eco-Friendly Accreditations
No
Payment Options
Visa, MasterCard, American Express, Discover, Check
Senior Discount
no
Emergency Service
Yes
Warranties
Yes

How is Teles Plumbing overall rated?

Teles Plumbing is currently rated 5 overall out of 5.

What days are Teles Plumbing open?

No, Teles Plumbing does not offer free project estimates.

No, Teles Plumbing does not offer eco-friendly accreditations.

No, Teles Plumbing does not offer a senior discount.

Are warranties offered by Teles Plumbing?

What services does Teles Plumbing offer?