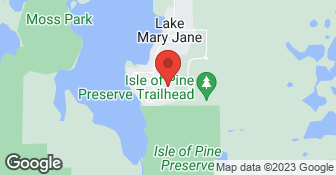 Hydradry Inc. offers 24/7 Emergency Services. We rescue you from Water, Fire & Mold damages. We guarantee your satisfaction, and we won’t leave until the job is done right. Our team has quality experience and licensed in this industry, and we believe in customer service with 100% customer satisfaction. Call or click to schedule for an estimate today 407-290-5771 ! Locations: Florida, Louisiana & Texas.  …

CV Perez Construction Corp, operating as CVP Mitigation has been in the construction and remediation service since 2009. We specialize in both commercial and residential construction and restoration due to Fire, Smoke, Water, and Mold damage. We are a licensed Florida Certified Building Contractors, Mold Remediators, Mold Assessors, and Home Inspectors. CVP has extensive experience in the mitigation and removal of Microbial contaminants including mold, bacteria, and sewage. Our certifications and training include the proper application and use of antimicrobials and disinfectants. CVP is a member of various trade organizations dedicated to the cleaning and remediation industry in good standing. Unlike most remediation companies, we not only remove the mold, we can rebuild the affected area allowing you to deal with one company from start to finish. We also offer 24/7 Emergency water and storm clean-up for residential and commercial clients in the Central and South Florida area. Please call us today to schedule your appointment with us and put true professionals to work for you! We offer direct billing to insurance and self pay discounts.  …

Damage Control is a full service water damage restoration and mold remediation company located in Orlando, Florida. We offer 24 hour emergency water extraction and complete structural drying for residential and commercial customers, as well as fire damage restoration, mold removal, document drying, crime scene/trauma clean up and more. We're available 24/7 to meet your needs and can have someone to your location in less than an hour.  …

I would hope I wouldn't need this service again in the future but if I do, I would definitely use this provider again.

Description of Work
I had mold damage to my home and the MicroShield team was able to confirm damage location and severity and also quickly recommend next steps to fix.

He said he took a mold sample. He just pointed some kind of instrument at the wall. Inside he put one thing in the middle of the kitchen and one by the bedroom for a minute or less to catch the spores in the air. They emailed me the results, and then later sent me a very professional package with all the information about the results. The final inspector stated that it was a good report.

Description of Work
Took a mold sample from outside and inside of the house.

They need a little more attention to detail as the report had a few inaccuracies in describing our house that would have been clarified by asking some questions. This is not critical to the report, but surprised me. We needed help identifying where the mold was, and received a suggestion to tear into the wall in one room. Our house has plaster walls and ceilings so I was not anxious to tear into the wall. I was hoping to receive more definitive information on the location of the mold. Although they did what they did very well, we went elsewere to get the definitive information we needed to start a reasonable remediation option.

Description of Work
Healthy Home Environmental offers a fair price for good work, and they are nice and easy to deal with. They did air sampling in 3 areas, inspected areas of the home, and provided test interpretation that was extremely helpful and well done.

They did a wonderful job for us. They were very prompt and professional.

Description of Work
They did a test for electromagnetic frequencies in the building.

Our walls and windows were leaking water after Tropical Storm Fay sat on top of us for 2 days. We wanted to have a test done to determine the extent of the water intrusion so we could give the results to the insurance company. Healthy Home came out the same day I called them, and checked all the exterior walls around the windows. I wanted all the walls checked, but he just checked around the windows. After some confusion, I received the report a week later, but many of the windows that had water leakage weren't included. Another week later, the second report came, but the windows in the loft weren't included because the infrared image didn't process correctly. I'm a little disappointed with the whole experience.

Description of Work
Scanned walls with thermal imaging camera to detect level of moisture in walls.