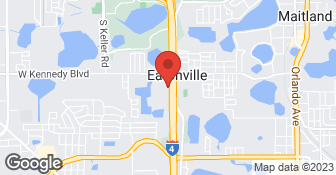 What sets The Flooring Center apart? It's the way we, as a family do business. From the time you enter our beautiful galleries to the moment you first see your home's new flooring, you'll recognize our commitment to your satisfaction in the quality, workmanship and value The Flooring Center offers. You will be met by a courteous, experienced flooring professional trained to explore your requirements and then to work diligently to meet them. Make your selection from hundreds of high quality products, secure in the knowledge that your choice will be one of lasting beauty. The bottom line price you receive will be the best anywhere. We guarantee it. Your flooring will be installed by skilled craftsmen, whose work is guaranteed for the life of the product. Discover why The Flooring Center is the first choice of builders, designers and consumers. We think you'll find our no-nonsense "bottom line" approach to meeting your needs to be refreshing and the value received extraordinary. ...

They were excellent, from the moment that I walked into their center in Dr Phillips, through the quote and contract process with Vicki, and through the installation with Bobby, Derek and crew. They even came the day after Hurricane Irma, which I was sure wouldn't happen. I will be using them again to re-floor the downstairs. They are truly great!

Description of Work
Re-flooring of second floor and stairs.

It was a good experience. They crew with the carpet was very good, fast and punctual. The quality is very good.

Description of Work
They redid hardwood floor in 3 rooms and carpet redone in 5 rooms.

We are going to get the carpet. The salesperson was very professional and the cost was reasonable.

Description of Work
We got an estimate for carpet installation.

After an attempt at sanding some chair damage out of my existing wood floor, it was decided I needed to replace the entire floor with new wood over the top. They quoted a new price and I shopped multiple providers for the best offer. In the end I decided on another provider.

Description of Work
New wood flooring. Received a better quote with another provider

The guys from Flooring Center were very professional. They did it at a timely fashion. It took longer because were having problems with my floor but they didn’t complain or charged me extra. I got special ordered wood but I paid extra for that. Everything is good.

Description of Work
I used Flooring Center to install hardwood floor for my house.

The gentleman who came to measure and give an estimate, was truly friendly and knowledgeable. He explained everything to our satisfaction. As a whole, they were very accommodating and even returned the next day when I called them to repair one small area. They were prompt and promised to return if we needed any stretching done in the future. I highly recommend THE FLOORING CENTER.

Description of Work
Installed wall to wall carpeting on second floor of home.

The installers were excellent. The quotes seemed a bit high and I asked the sales rep for an explanation prior to installation. I was told due to odd shaped rooms we needed to order extra carpet but we would have a big piece of carpet left over. When the job was finished there was very little carpet left over. I called the sales rep and was told she mistakenly told me there would be extra carpet left over and in fact there would not be any left over carpet. I told her it looks bad when you keep changing your story. She claims all of her calculations were done in an honest way, you can draw your own conclusions.

After doing extensive research both online and through visiting several stores I selected The Flooring Center as my hardwood flooring provider. My experience was quite the opposite of the another reviewer. Upon walking in the showroom I was greeted by a kind and courteous sales rep. He spent almost an hour discussing and showing me possibilities for my home as well as talking about the current state of the flooring industry. Unlike other places I felt like my sales rep was looking out for me rather than trying to up sell me the most expensive thing in the store. Don't get me wrong they carry only products that are mid to high in price range, but the quality is worth it. The thing that really sold was talking to a friend I ran into at the grocery who had some work done by them several years before. She had an issue with a piece of trim that cracked when her husband dropped a dumbbell on the floor, even though it was her husband's fault she called her salesmen to see how to fix it, the salesmen talked to the general manager, 2 days later the same installer that did the job came and fixed the problem with an extra piece of trim that they had left on the job at no charge. My experience with measurement process, scheduling and the actual installation was top notch. Everyone was on time and communicated with me what they were doing. It was a big plus to be able to speak intelligently with the entire installation crew. The job took 5 days total and I could not be happier. I am quite the clean freak and when completed everything was clean and tidy. My sales rep. made a follow-up house call and all is smiles. Side note, hottest installer ever... the one with muscles. I may need to do the den just to get him to come back.

Description of Work
Moved almost all my furniture into PODs in my driveway. Then removed carpet and tile from everywhere downstairs except the den. Also removed carpet on the steps and upstairs hallway. Installed Lauzon hardwood everywhere that they removed carpet. They did the places without furniture (halls & steps) last so that during the process they could move the furniture back for me after it had dried.

Tile floor is fine, except for cracked base tile. Carpet is fine.

Description of Work
Flooring center did 2 jobs; a small tile job in a bath. The installer had truck trouble and was upset that I could not wait 2-3 hours for him. When the installer came the next week, he left a filthy mess in the bath and chipped a tile base board. I guess I should have waited the first time. The second job was carpet for my retail store. The sales person acted like she was doing me a favor; $4000 isn't a very big job. The installers came without the pad that was on the order. Again, they were doing me a favor. The carpet was fine in the end. I just don't like being treated like a poor relation. If the job isn't good enough they should say so.

My experience, both as a homeowner and as an Interior Designer with the Flooring Center was the worst experience I have ever had! It took weeks to complete. In the process, the installers broke my dishwasher and dented my refrigerator. After removing the tile, they took a "yard blower" to blow the dust supposedly out the door, however it went everywhere! While installing the upstairs hallway, they pulled the existing hallway carpet up and destroyed the existing bedroom carpets. As a designer, my clients were less than pleased, reflecting badly that I had contracted with them. None of my calls were returned, when trying to rectify the situations. I would not recommend this company to anyone. The owner, Dave Rusnak could have cared less along with his sales associate, Gayle Bergstresser. My calls to her were not returned either. Not a customer oriented company.

How is FLOORING CENTER overall rated?

FLOORING CENTER is currently rated 4.5 overall out of 5.

What days are FLOORING CENTER open?

No, FLOORING CENTER does not offer eco-friendly accreditations.

No, FLOORING CENTER does not offer a senior discount.

Are warranties offered by FLOORING CENTER?

What services does FLOORING CENTER offer?