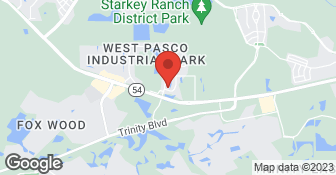 They are excellent. Quality work, clean and cost effective. On time and professionals.

They contacted once and never responded. So if that’s an indicator of quality I’d assume go with another company as I did.

Description of Work
I needed the baseboards done

Hi [Member Name Removed]! Thank you so much for your kind words! We are delighted that you had a great experience. Thank you for sharing!
5.0

I highly recommend Yeager & co. I had a bathroom and kitchen project remodel done and both turned out just like I wanted.

I couldnt say enough about the incredible work that Yeager did in our home. We completely gutted our kitchen. Haven Talley went above and beyond at making this project a priority, in the midst of a super busy time. They completed the job on time and even came out a month or so later to just tighten up some lose ends that we found (probably caused by my kids). I would highly recommend them and I look forward to giving them more business in the future. Thanks Haven and Yeager!!

The Yeager team is professional and thorough from the sales rep Mike, to the crew that cleared out the house (Anthony) and Ron that laid the floor. My floor was damaged by water and had to be removed, the floor leveled before any new flooring could be installed. They are efficient, timely and willing to keep the customer informed during the process. I would recommend them to everyone who is looking or a QUALITY job done. I will call on them again to do my bathrooms.

I seldom write reviews; I’ve written maybe a handful in the past decade. Not opposed to writing them – the reality is, since moving to Florida (part-time), I haven’t received that combination of superb results and first-rate customer service from any company that made writing anything worthwhile. I’m writing one for Yeager because their work was impeccable, customer service superb, and they carried out their work – from start to finish – with absolute honesty and integrity. We hired Yeager to paint the entire interior of our home (approximately 3500 sf) – top to bottom, floor to ceiling, and to install hardwood flooring throughout the entire first floor, and carpet in the bonus room on the second floor. When my wife walked in the door (we were away when Yeager completed the job), her jaw dropped to the floor. It soon became obvious that the home we had earlier this year put on the market to sell with plans to build a new home was going to be our forever home. With just paint and floors, our home had been transformed into something out of one of those Home and Garden magazines, or off of HGTV. Take my word for it: the paint lines are crisp and the flooring guys were meticulous and precise with their work, as if they were outfitting their own homes. Nobody walking in the front door would be able to tell the difference between Yeager’s work on my 15-year old property and a new build. Yes, it was that good. Even more important than the work, in many regards, was Jim Yeager’s and Mike Shorba’s involvement at every stage. They were honest, responsive, and operated with a sense of integrity that I’ve found to be rare in my nearly decade living in Florida – having experienced contractors who don’t show up, half-do the work, walk out on the job, and/or are unresponsive. Though I shopped around for nearly two years (including three bids from Yeager), we’re delighted to have found a company that operates the old-fashioned way, like the way we did things where I grew up in the Midwest. If you are contemplating Yeager, just pull the trigger. You will be glad you did. They will certainly be my go-to for future housing projects.

Eddie the installer was excellent...very clean for a messy job. Very conscious of us living there while he was working. Just be aware of extra charges if you supply the tiles. If they’re just installing, you wind up paying for ALL supplies

In business since 1992, The Groutsmith provides the highest quality of ceramic tile installation, tile and grout cleaning, as well as restoration and repair. We stand behind our work and make a commitment to integrity, loyalty, honesty, and quality. The Groutsmith is an industry leader and we look forward to working with you!  …

We Clean Polish and Seal Any Floor  …

Showtime construction's goal is to wow each and every customer. Provide maximum return on each dollar used to beautify their property. Our goals is to provide exceptional value and great service. We guarantee your satisfaction and we won’t leave until the job is done right. We pride ourselves on the quality work we provide, while delivering great customer service! Check out our services offered and call or click to schedule a free estimate today. It's Showtime! 813-947-3015 813-600-9198  …

Repairs in Modular/Mobile Homes and RVs

Yeager & Company Inc is currently rated 4.9 overall out of 5.

Are there any services Yeager & Company Inc does not offer?

Repairs in Modular/Mobile Homes and RVs