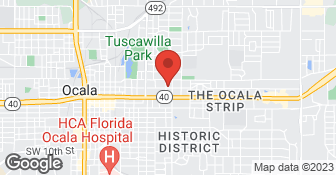 I've been in the drain cleaning industry for 30+ years. We are a family owned and operated company. We will solve your drain issues. your satisfaction is our guarantee. We are a drug free work place. We pride our company on reliability, great communication, integrity, and quality work. We strongly believe in giving our absolute best in all of our projects no matter how big or small. We are experts in our trade and will always keep you educated on your particular task or project. We look forward to earning your business!  …

He never showed up or contacted me. We had an unsigned email contract and never returned my money.

Description of Work
Gave stephen this down payment and never heard from him again.

Deposit was paid by mailed check; promptly cashed. Contract by email, but quite detailed: installation of 1/2" stainless steel flexible natural gas line to new water heater. Total length: 80-100'. Total contract: $600. Individual then fell off the map. Refused calls, texts, emails, voicemails. Refused delivery of certified mail. Responded several months later to an email query, saying he had been unable to contact me. I gave him the option to perform similar services, to work off the desposit he had taken...he stalled, refused to schedule an appointment, and then disappeared again. Since the state licensing website reports him as still holding a plumbing license, I'm reporting him to the State of Florida

Description of Work
None. (Still waiting).