We are up and running at full speed. Gloves and face masks can be worn upon request. 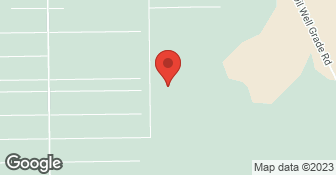 We are a locally family owned and operated handyman business. We have over 15 years of experience. There is nothing to small or to big. Also offering home watch packages for those who don’t live here full time. Please note that we are following all CDC guidelines when it comes to safety with COVID. Ask us about our COVID fogging sanitizing spray. ...

Don't waste your time with Compass Point because they are unreliable. After I scheduled an appointment with them, they blew me off; no call / no show. I gave them the benefit of the doubt and contacted them to see what happened. I was given an excuse and was told they would call me later to reschedule. I am still waiting for that call.

Description of Work
No work... No call & No show for our appointment

We are sorry to hear that you had this experience with us. Yes something did come up to where we had to reschedule but also in that same text conversation we talked about rescheduling. A phone call was placed later that day and no response was given back. I’m sorry we didn’t follow up more with you.
5.0

We are very pleased Compass Point Handyman and expect to hire them on future handyman projects.

Compass Point did a great job. Arrived on time, performed the job professionally, and answered our questions. David was friendly and helpful. We will use their services again for future projects.

David showed up on time, in fact early. Was v helpful and we completed the job w/I an hour. I gave him a tip on top of agreed fee. He was excellent.

Excellent service! We had a heavy framed flag that needed hanging and David knew exactly how best to do it. David was responsive, fast and professional. I’d highly recommend his service.

The service was performed by Handyman Compass Works owner David Knight. He arrived on time, and called ahead to alert me to his arrival about one hour before coming. His approach to the job was logical an efficient. In the past, I have had teams to do the same kind of work.. He got the assigned tasks skillfully done faster than two "seasoned" contractors. He was careful to measure each job twice to avoid errors. Also, his invoice was the same amount as agreed, and he included necessary paraphenalia

It went perfectly. David is a fast, hard -meticulous worker. He is very easy to get along with and is excellent. His handyman skills as vest.

Description of Work
Remove desk and move to the new location, hang mirrored closet doors and bifold doors, build a closet and more.

David was alway on time and efficient. He treated my repair needs and those of my mother’s as if he was doing the work for his own mother. He takes pride in his work and is one of the most honest people I’ve ever met. I highly recommended him for any and all of your handyman jobs. Big or small, he can do them all!

Description of Work
Railing built for the steps to my Mom’s mobile home, 2 ceiling fans hung, outside light replaced, a couple of fence panels repaired and several fallen trees cut up and removed.

Things went very well, David is trustworthy and does an excellent job would recommend

It's great. I worked with David, he's professional and on time. I was very happy.

Description of Work
He did some painting in the bedroom and bathroom, installed bookshelves and did some drywall.

Description of Work
They take care of my air conditioner.

Very very satisfied with their work.

Description of Work
Repairs around my house, wall repair, a bunch of stuff.

Everything was really really good.

Description of Work
I needed a vent for an air conditioner in the family room.

He has always shown up when expected and did a amazing job. He goes over and beyond what I expected

Description of Work
A/C. Work and hazmat clean up

He is a hard worker and would recommend him to anyone

We are a locally owned and operated company with 17+ years of industry experience. We value honesty and integrity, and stand behind our work. We specialize in both interior and exterior residential and commercial painting projects. We pride ourselves on the quality of our work as well as our commitment to outstanding results. We look forward to building long-term relationships with our clients and guarantee your satisfaction! Save 10% on invoices of $1,000 and up. Extra $100.00 Gift Certificate -Promotion varies.  …

A-Choice Painting offers complete, custom and reliable services at reasonable rates. As our customers have come to discover, we are professionals who pride ourselves on a job done properly with thorough clean up and a high level of customer satisfaction. You can't go wrong with A-Choice Painting. Whether you are looking to have a Commercial or Residential job completed- we are the perfect painters for that job! We are a full service painting contractor (interior, exterior, drywall, wallpapering) and also specialize in exterior maintenance from power washing to deck staining. For pictures and more information please find us on Facebook under A-Choice Painting. We offer a 10% senior discount!  …

We are dedicated to providing our clients with the very best in painting and variety of other projects. With over 15 years of experience, we take an enormous amount of pride in the attention of detail put into each of the projects we are involved in. We known for our quality work and the integrity of our bussines long-term relationship with our clients and guarantee your satisfaction. Call us today for a free quote! 239-601-6063  …

Licensed
Insured
All statements concerning insurance, licenses, and bonds are informational only, and are self-reported. Since insurance, licenses and bonds can expire and can be cancelled, homeowners should always check such information for themselves.To find more licensing information for your state, visit our Find Licensing Requirements page.
General Information
Free Estimates
Yes
Eco-Friendly Accreditations
No
Payment Options
Check
Emergency Service
Yes
Warranties
No

We offer a wide variety of handyman services. Also we provide "home watch" services for our clients that don't live here full time. We have a multi point inspection process to make sure you home is well cared for while you are away.

Compass Point Handyman is currently rated 5 overall out of 5.

No, Compass Point Handyman does not offer eco-friendly accreditations.

No, Compass Point Handyman does not offer warranties.

Compass Point Handyman offers the following services: We offer a wide variety of handyman services. Also we provide "home watch" services for our clients that don't live here full time. We have a multi point inspection process to make sure you home is well cared for while you are away.