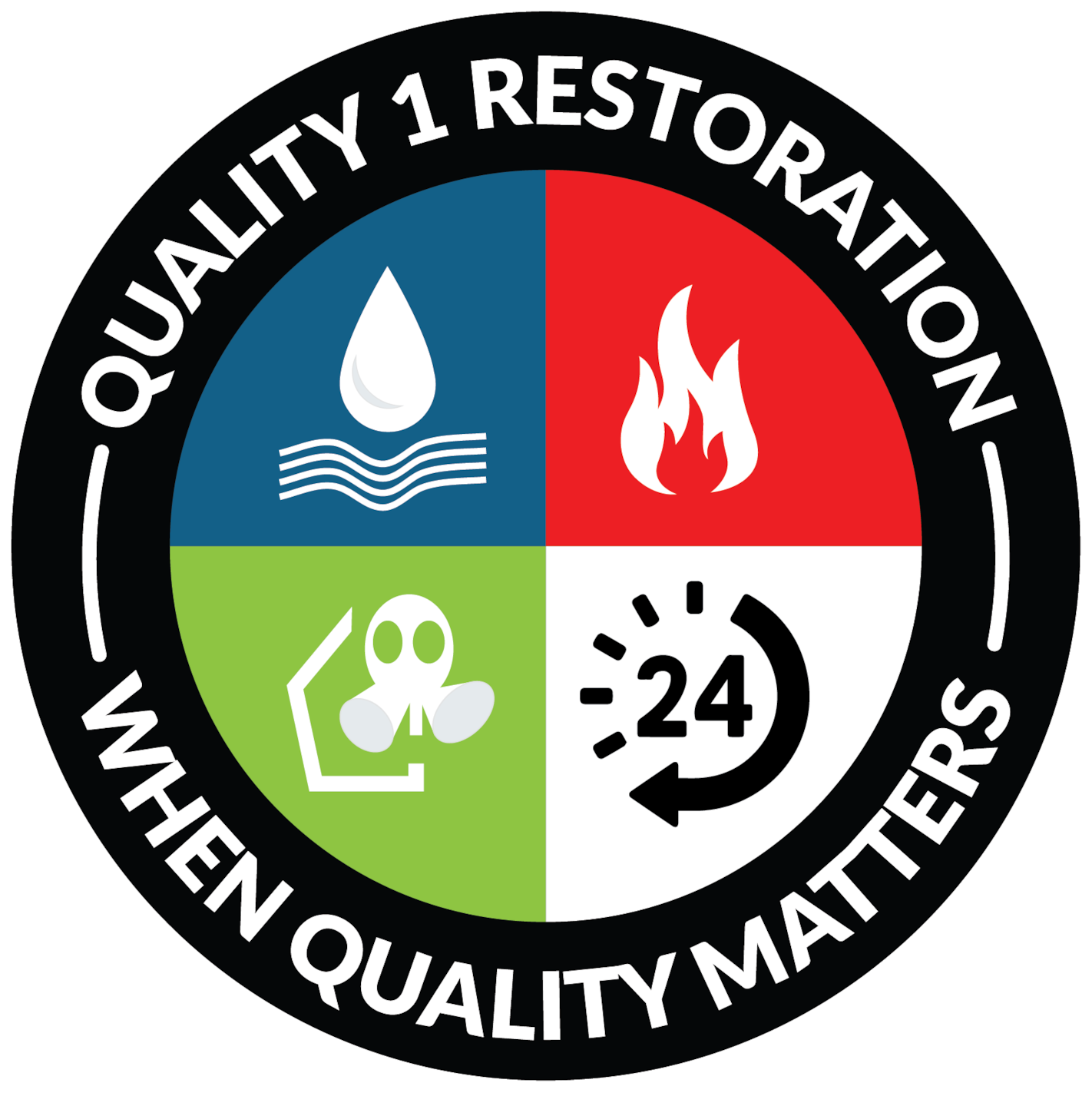 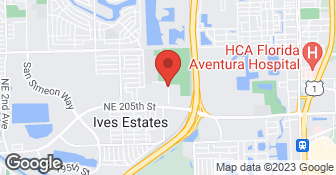 Call Now 1-888-802-8411 Quality 1 Restoration is a family owned and operated company Specializing in Water damage Restoration , Mold Inspections & Mold remediation . Our company is customer focused and committed to provide quality service, integrity, and hard work at a reasonable rate. We work with many insurance companies, hospitals, churches,restaurants, schools and many other commercial and residential owners and always dedicate ourselves to provide high quality work and customer service. Honest & Reliable As Seen On Channel 10 ! IN BUSINESS SINCE 2002 ....

Excellent service, professional, fast response and they answered all my questions

He was punctual and explained everything to the tenant. Very good and patient. He took a lot out of time. Professional and did his job.

After having called several companies which did not impress, I called this company and spoke to Yoni. From the moment I met him, I knew he was the real deal. A lot of companies know how to remove mold, but with Yoni, I felt like he was a close, personal friend who had my back, and who I could trust to do the work, do it right, and in a timely fashion. I hired him to do a job and not only did he do it perfectly and professionally, but also he inspected my whole condo, found other issues and took care of them! In addition, after I had already paid him, he discovered another issue which he also took care of just out of the goodness if his heart. To say that he went above and beyond is a major understatement. I wish I could have paid him double his asking fee because he deserves it. Don't even give it a second thought; there is no better than Yoni and his company! Thank you Yoni, all the best.

Scale of "Star" ratings are usually 1-5. I would give 10. From our first conversation, which Yoni replied to immediately after I requested a quote, to the very last day, the communication was constant, keeping me up to date on schedules, arrival times and the process of the work. Professional, impeccable work, going above and beyond. I am so grateful to have found Quality 1 Restoration and would recommend this company (Yoni and everyone who worked with him) highly. I never thought I would be "okay" with the thought of having a mold issue, and now I know I have someone to count on. Best find!!

Great job. Yoni was terrific. He did everything in a timely manner and kept me informed during the entire process. I would absolutely hire this company again !

Quality 1 registration deserves a top-notch rating. Yoni and his staff are “can do”, professional, excellent people who follow through on their commitments. A month ago I returned at the end of a long day to my downstairs condo with 3 inches of water due to an inlet pipe breaking in my downstairs bathroom. Water was leaking out of both my back and front doors. After calling a plumber to fix the leak, I lucked out on a google internet search for a water remediation company. Yoni and his team were knocking at my door shortly thereafter in spite of the later evening phone call from me. I am certain the prompt service limited the overall damage. However, my condo was not rated to hold this amount of water for a period of hours and the damage ended up being pretty substantial. Over the next few weeks, Yoni helped me work with my insurance company providing them detailed reports to support their inspection of my premises. Given my initial positive experience, I decided to continue with Quality 1 for the mold remediation and the mold was successfully removed. While I am humbled by the whole experience, Yoni and Quality 1 were flat out an honor to do business with. I wish the company the best. We are so lucky to have professionals like Quality 1 in this market.

Very professional and helpful. Yoni was knowledgeable and willing to share his expertise and sympathetic to my allergic reactions to two rooms in my home. We found the types of mold that where prevalent in each room so now I can remediation. Will recommend to friends and for future projects. David

This company was a life saver! I got 4 quotes and I am so happy I chose quality 1. Yoni and his team did an amazing job and went above and beyond from the start! I was pretty scared after discovering mold in my home but thankfully they really helped me through it! I don’t write a lot of reviews but I can honestly say that Yoni earned it in every way. I am so thankful and I 100% recommend Quality 1 for mold remediation work .

I was very nervous since my 82 year old mother is living in the apartment and it went so smooth. Their employees surpassed all my expectTions. They were very neat, respectful, on time and the work was flawless!

Delivered as promised. Would definitely recommend their services to anyone.

I called on October 25 and set an appointment for October 30. No one ever showed for the appointment and I never heard anything further from them.

I’m sorry to hear about that . we don’t have your name on our schedule for oct/30 . most likely you confused us with another company . I would kindly ask you to remove the F review and if you need any help with anything feel free to contact me personally 954-661-2344
5.0

Great. He was prompt, responsive, and professional.

Description of Work
I let a tenant with a long haired cat stay in our apartment for five weeks. The cat hair was awful. This company came and cleaned the throw rug carpets. The company owner was reluctant to do it because he expected wall to wall carpeting, but he very kindly agreed to clean the rugs outside. He did a courageous job in the full sun! There is still stubborn cat hair on the rugs and our new tenant, who is allergic to cats, asked to roll up the rug. Moral of the story: don't rent to long haired cat owners. Despite their best efforts, lots of stubborn cat hair remains, but I know they did as good a job as possible. He was prompt, responsive, and professional.

Yoni was very professional. He responded immediately, came to perform services the same day, advised of the proper chemicals and equipment to use, and took pride in his work. I am happy with the results. I would recommend and will likely use Quality 1 Cleaning & Restoration services again.

Description of Work
White loveseat sofa and 2 high back wing chairs with yellow/browning and water spots needed to be cleaned.

Thank you for the kind words , we appreciate your business.
5.0

Excellent this is the type of customer service and business punctuality I've heard about vendors from Angie's List. So for this to be my first trial run with Angie's List IM LOVIN IT!!!

The work was very well done. The owner, Yoni, is very professional. I hired Quality 1 for mold remediation after leaks in my apartment. They did an excellent job and are also a contracting company. I hired them to renovate my apartment. Yoni has good ideas and is very helpful. He made very good suggestions as to how to save money on some of the renovation work. I do not live in Florida and he was able to work with me long distance through emails, phone calls, texts and send pictures with suggestions. I am very happy with the outcome. Would highly recommend and hire again.

Description of Work
I had mold remediation and renovations.

It went Extremely Smooth. A gentleman by the name of Yoni called me to set up the appointment. He called me the day before to confirm my address and the time we had agreed on. He showed up On Time! He was courteous and professional. He cleaned the Sofa, cleaned up all around him when he was finished, and then text me the next day to see if the spot that had a noticeable stain had completely came out after the sofa had dried!!! I was already going to give him an Excellent rating, but then he text me the next day! Who does that? Above and Beyond what I expected. He gets an A++

Description of Work
I needed a Sofa to be cleaned

Yoni was punctual, courteous, very professional. After the quote on the phone, I realized I left out a couple of area rugs to be included. He did them free of charge!

All of the work was completed well and on time. Yoni was a great help dealing with the insurance company and he was sensitive to our personal needs. Whenever possible, he worked around our schedule, rather than imposing his schedule on us. Personable, pleasant and professional. I would definitely hire them again.

Description of Work
We had water damage and mold. Quality One was there in a flash, took charge, kept me posted on progress, and was attentive to details. Yoni and his staff were excellent to work with. I would recommend them highly.

Yoni and his team, provided immediate assistance came out during the weekend, very professional i will definitely recommend. Doron. Home Owner

The contractor was responsive, fairly priced and did excellent work. I would highly recommend them.

Description of Work
water and mold remediation after a flood

Prompt service when called, effective job, polite and honest. I had quotes for 3x as much as they charged me and nobody was quick to respond like Quality One. I highly recommend.

Quality 1 has been very responsive and professional when contacted regarding my recent water damage. Yoni showed up very fast and assessed the damage and the work needed within minutes. He recommended a few things I could do myself before his crew arrived in order to keep the cost down and I very much appreciated that. It was good to feel that he was not just looking to take advantage of our predicament. His crew was very professional and the job was finished in 3 days. House looked like new after their work. I could not thank Yoni enough for such a great job. It was easy and headache free to deal with him and will happily recommend Quality 1 to anyone in need. Thank you!

I had an amazing experience with Quality 1. When I found out I had mold, I was extremely upset and freaking out let's be honest. I immediately went online and found Quality 1 among other mold removal companies. I had never had this issue before so was confused and unsure of how what to do or what I was looking for. Yoni (the owner) is extremely knowledgeable and his expertise was useful. I went with them because I could tell he knew more than the other companies I had spoken to about our mold issue. He came to our condo to assess, and explained what would need to be done step by step. He made us feel comfortable with the process which really calmed us down. Within 5 days our place was mold free and I was so relieved. Thank you Yoni and Quality 1! I highly recommend!