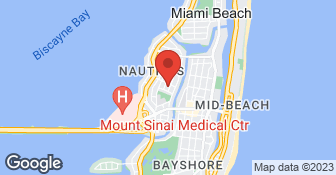 I highly recommend Jake's Electric for any of your electrical service needs. My entire family and I have been using them for all of our business and residential repairs and upgrades since way back in 1994 when Jake opened the business. He advised us what permits were needed, and got them filed quickly to get the job done. His employees were all professionals and worked quickly and neatly. He is fully licensed and insured, plus they arrived when they said they would. Jake gave me a no-hassle free estimate of the work and came in on budget. They also treat your place as if it was there own, working carefully around your precious possessions and cleaning it all up when done. Just call them! You won't regret it.

Description of Work
Many over the years, but the last was an upgrade to our service panel for our business.

I contacted several local electricians by 'phone and, not getting any replies, left voice mails. Of all the organizations I phoned, Jake's Electric was the only one who responded. Two people arrived at my apartment at the pre-arranged time and quickly identified the problem. They tightened some loose connections on the main breaker board and replaced a defective light switch. They also identified problems with the main external breaker, which connects my apartment to the electric company's supply. I am only giving Jake's Electric an overall B rating for two reasons. Firstly, they said the main breaker needed to be replaced and left to buy another one. I assumed they would return promptly, but were in fact gone for over four hours, presumably attending to another job. Secondly, upon returning, they duly replaced the main breaker, but then said another component needed replacing. However, by now it was late in the afternoon, so they said they would call back and schedule another visit to do the work. I have not heard from them since, but as the electrics in my apartment are now working OK, I have not contacted them.

Description of Work
Some lights and electrical outlets in my apartment were not working.

Fine done within the time promised and works with no problems

I called Jake's Electric Inc for a new outlet job done in kitchen. They gave me Walter's number and when I called him he asked me to text him with the job details and address. They thought the job was to small and they can not drive to Miami area! Very disappointed.

Description of Work
They told me the job was too small for them to come over and told me to call someone else.

Jake did a great job, fast, polite, punctual. I would use him again in a heartbeat.

Description of Work
Replaced a bathroom fan switch that had failed.

Jake is an honest, down-to-earth electrician who does exactly what he says he will. He completed the job on time, and on budget. Great company. Highly recommend.

I haven't got the final bill yet. So far, they have been excellent. They come on time and are very professional. I chose them because they were close to me, and in Miami, it is difficult to get somebody closer than far away. They are averagely priced.

Description of Work
I am using Jake's Electric, Inc to move a couple of outlets in my kitchen. They are replacing some exhaust fans in my bathroom.

Mister Sparky’s on-time guarantee is one of the best in the country and since our electricians are highly trained, skilled, and experienced, your expectations and needs are always met and exceeded. We give you options for solving your electrical problem, and provide you with an idea as to how much it will cost to the penny, and wait for your approval before starting the work. We have a few locations for the east coast of FL to better serve our customers: Miami area: (305) 704-3034 Pompano area: (954) 990-0669 West Palm area: (561) 272-2867  …

E and C Electrical Service, Inc. is a full service electrical contractor. We provide a wide range of electrical services, from new construction to minor inspections/repairs. We are a licensed and insured contractor. We have been in business here in South Florida for 20 years. Some examples of services we offer are; Home repairs, Panel replacement, Lighting changes or upgrades, Home exhaust fan systems, Generator repair and installation, Electric vehicle charging stations, and Solar system installation and repair.  …

Wiretech is a company that do any type of electrical work, from changing an outlet to installing generator in your home or business, we all so install surveillance camera system, burglar alarm, sound system, we can even make your home or business smart and you can control everything from you phone. Are estimate are free and if there is something that we do is aswer your calls and all are costumers stay with us. We have more than 12 year of experience in the field, we have done work on residencial commercial and industrial.  …

Jake's Electric Inc is currently rated 4.8 overall out of 5.

No, Jake's Electric Inc does not offer eco-friendly accreditations.

No, Jake's Electric Inc does not offer warranties.

Are there any services Jake's Electric Inc does not offer?