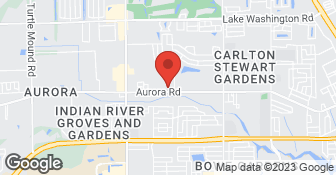 They are uniformly outstanding. Get the carpets really clean. Fair price Extremely responsive. I won't use anyone else.

I’m sorry to have to write this review, but I feel it will help keep a proper balance on reviews. I hired Sunshine to clean my carpets last week, the first time I used them. The tech was professional and polite, and I thought all was well until the next day when the carpets were dry. They felt rough to my hand, and when I tried to vacuum, I couldn’t push my vacuum over the carpets—it felt as if there was something gritty that had built up. This is the first time I have ever had this in years of having carpets cleaned professionally. I called Sunshine to explain; they were very sorry and sent the owner out the next day. He said he had another call exactly like mine just a day ago with the same issue. He re-cleaned those carpets and that customer was now happy. He also explained that in both instances, the same new tech had done the cleaning and perhaps he was using the wrong mix of cleaning materials, applying too much so that there was a lot of residue left. He re-cleaned all the carpets. I also questioned the charge for the day before (which I questioned the tech about on the day of cleaning because it was extremely high) and the owner reviewed the charges. He found that the original tech had overbilled me for twice the cost it should have been. He did immediately credit me for the overbilling. The next day, the carpets were better, but still not right, as I still couldn’t vacuum the highest pile rug. Sunshine called me to see if everything was corrected, and I said sadly it wasn’t. They offered to come again to remedy because they wanted me to be a happy customer, but I declined. In addition to the carpet issue, there were numerous grease-like stains on my tile floors around the areas where their hoses had been dragged, and I had to scrub them off. So I was reluctant to have them come again when 2 attempts failed. In all communications, Sunshine was very nice and professional and wanted to correct the problem, but I had lost confidence in them in all others areas. As far as cleaning goes, the grade has to be an F because it was a big failure.

Prompt service with the pick up. Fair evaluation of the carpets. Quick estimate that seemed reasonable given the conditions. They will return the carpets with new pads next week - condo is back together and ready for them. Pleasant service and one less thing to worry about. This worked out a lot better than I thought it would - they know what they are doing!

Description of Work
Four carpets were picked up that were water damaged from the storm and taken back to their shop for cleaning. Pads was thrown out.

Very smoothly. I was pleased that the furniture appeared brighter and fresher-looking after cleaning process.

Description of Work
I had upholstery cleaned for a queen sized sofa and a rocker-recliner loveseat. I also had stain protection applied after cleaning.

Amazing job with a great attitude! Went the extra mile on some pretty soiled sofas. Great price as I was quoted 3 times as much by several different companies. Thanks

It was a little more than the normal price because my mother had moved in with me and her dog started peeing on my brand new carpet so they did an extra treatment. It was just clean and didn't smell anymore. I couldn't smell it and I had cleaned it myself, and then I had another company clean it, and I had the neighbor come over and neither one of us could smell it but the realtor and somebody that looked at it smelled it again. So I had another company clean it, and the realtor said they could still smell it. I live in Florida and the weather has been such that you really didn't need your heating or air so that may have been the reason and the air was on but not running and the realtor said that may be the reason why. That other company sprayed like a baby powder scent on it but I still couldn't smell it. After Sunshine cleaned it, the realtor said he couldn't smell it anymore. They were very good.

Description of Work
They cleaned my carpet.

Thanks so much for the kind review [Member Name Removed]! We look forward to seeing you again!
5.0

They were really great professionals. I was very happy with the outcome of the service. I asked them to clean my rugs outside so as to not ruin my wood floors and they were very accommodating.

Description of Work
They shampooed my rugs.

Excellent service from beginning to end. Quoted me a price over the phone. Scheduling the appointment was easy, they called a day or two before the appointment to confirm. Arrived on time . Very professional job, my carpets look like new! I had many unsightly bumps/ripples in rug throughout the house before sunshine carpet arrived. Carpet was only a few years old with mild wear. Jamie took the time to answer my questions about why the carpet gets those ripples. I would definitely use sunshine carpet again. I am planning on having them clean the carpet in the near future and will post a review about that service afterwards. Thank you to everyone at sunshine carpeting.

Description of Work
2 bedrooms and a hallway of carpet

Description of Work
Excellent service. Carpets look awesome. Thank you so much for the great crew who did a wonderful job.

Thank you for those kind words Mr. [Member Name Removed] Happy customers are our best form of advertising. Thank you for supporting a locally owned business. We look forward to seeing you again in the new year!
5.0

Everything went smoothly, we called and made the appointment, the person on the phone was very polite and professional and she put us at ease with our concerns right away. We were given the estimate promptly by email. The day before the appointment we were given a courtesy call confirming our appointment. The gentleman who cleaned the carpet arrived exactly on time, was very courteous and polite also and very professional.

Description of Work
Sunshine Carpet Cleaning did an excellent job cleaning the carpet!!! Took the time to do the job right, our carpet looks like new again!! First time in a long time that we had a descend company. From the initial call to make the appointment and through the entire process we knew that we were dealing with honest, kind and professional individuals that right away put us at ease, we felt very comfortable to invite them into our home. The carpet was cleaned without rushing and all the stains were removed. It dried very fast afterwards. We have already recommended them to our neighbors!

VERY punctual, arrived right at the start of the window I was given, very courteous and professional. The cleaning was fast and the carpets looked like brand new when he was finished. I had some stubborn pet stains that the original steam cleaning couldn't get but he treated those areas afterwords and I was told to let them sit overnight. The next morning you would never know there was anything there. I would highly recommend Sunshine to anyone that needs carpet cleaning, with great service at a great price!

Description of Work
They cleaned two bedrooms of carpet, including closets and removed pet stains.

I am sorry, I cannot locate your information in our data base, nor can I locate on our calendar where we cleaned for you. Was the estimate under another name?
5.0

Description of Work
We had all rugs and a sofa cleaned. Then we had everything scotch-guarded. (4 bdrm) Smells great, looks great and feels great.

They did an excellent job - the only issue was an additional charge we were not informed of in advance. This was for removing the blood stains from a carpet. We didn't object to paying it but would have liked ?o have had advance warning. We would definitely use this company again.

Very professional Best clean job we've ever had in 12 years We'll use them again Nice touches, like putting the furniture on foam blocks so it doesn't stain the damp carpet while drying

Description of Work
cleaned carpets, a rug, and a bunch of chairs and cushions

He was very professional at the door and got busy very fast. I cleared the room before he arrived, so he did not have to move things around. He runs a generator from his truck, so I supplied nothing. Not even electricity or water. He was thorough and fast. He completed the job in 40 minutes. The carpet was damp and I couldn't put things back for 4-6 hours. He did give me a bottle of spot cleaner.. I was very happy with his service.

Description of Work
Cleaned the carpet

the technician showed up on time and repaired the area expeditiously, with amazing results. You can scarcely tell the area was repaired; no visible seams, etc. and the price was very reasonable. We are so happy and relieved!

Description of Work
They repaired an area of Berber carpet that our cat had shredded with her claws.

Affordable Water and Mold Removal is a water damage restoration and mold remediation company located in Cocoa, FL. Our specialty is restoring your home or business back to its pre-loss condition quickly and cost-effectively, so you can get back to what is most important to you. Areas We Cover We cover all of Brevard County including Barefoot Bay, Cape Canaveral (Port Canaveral), Cocoa, Cocoa Beach, Grant, Indialantic, Indian Harbor Beach, Malabar, Melbourne, Melbourne Beach, Melbourne Village, Merritt Island, Micco, Palm Bay, Palm Shores, Port St. John, Rockledge, Satellite Beach, Suntree, Titusville, Valkaria, Viera, West Melbourne  …

With over 20 years of general contracting experience, (WE DONOT OFFER REPAIR SERVICES FOR FLOORING) we are a family owned company that specializes in REMODELING & FLOORING! We provide quality craftsmanship and exceptional customer service! We know that home improvement projects can be a complicated process that's why we're happy to help through every phase of your project! We strive to give our customers the best experience possible from the first call to a finished product satisfaction guaranteed, don't just take our word for it; read our stellar reviews on Angi!  …

Sunshine Carpet Cleaning is currently rated 4.8 overall out of 5.

No, Sunshine Carpet Cleaning does not offer eco-friendly accreditations.

No, Sunshine Carpet Cleaning does not offer a senior discount.