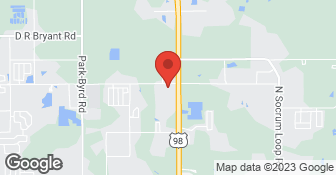 CFI has not honored their contract, have not completed the work, did not provide warranty, and did not perform work to county, state, federal codes. Spoke with owner James Collier after usual representative Bill Caulfield disappeared, and he was not receptive to the incomplete items we requested to be completed. He argued that he wasn't responsible because he personally didn't promise anything, but we know that Bill Caulfield was CFI's representative who made promises on behalf of the company. Bill Caulfield was the only representative who ever handled the this case. Bill Caulfield was the only representative that we were informed could handle any problems when we actually called CFI's office directly, months ago, about unresolved issues. We also received a very professional information sheet that indicated Bill would always be available to answer our questions. We are still missing documents, work was not completed to code, CFI never registered warranty with secondary party, CFI didn't complete additional work that representative promised, CFI didn't finish clean up and repair after damage was done by them during the work they performed, CFI did not reimburse for missing ladder as indicated after their departure. 1. We never received a signed contract from CFI, we were told we would get something from Bill Caulfield but never received any additional paperwork 2. We never received the release of lien from CFI 3. We never received any warranty registration documentation for 2-10 Home Warranty nor the CFI lifetime warranty (2-10 rep says you never registered it) 4. Reimbursement has not been made for the stolen ladder, the fence was never repaired, the carpet that was removed from the patio was never replaced, the holes drilled and filled in cement were not all filled level, and a patch of cement was left behind was never removed. These issues were supposed to be corrected according to Bill Caulfield. 5. Bill Caulfield additionally promised that CFI would provide new paint and a new roof as part of the remediation work . CFI was supposed to do all the painting work themselves but contracting out for the roofing work. Bill indicated he got approval from his bosses and that he was authorized and represented CFI in order to promise these items. He also indicated that $5000 was built into the price of each remediation job to offer this as an internal reimbursement for the work that was to be performed. 6. Finally, the remediation performed on this home was not completed according to code and in conformity with the National Flood Insurance Program, Florida Building Code, and Pasco County Code in regards to 50% rule as it does apply to sinkhole grout remediation. Not sure why CFI would pull a permit to do the work, when they weren't completing the job as it should have been bringing the structure up to code. This company has been unresponsive after being argumentative. In addition to our contract and good moral decency, CFI's Website indicates 100% Satisfaction Guaranteed... that's what we want.

Overall I was very pleased with CFI. They responded immediately to my original call to help scope the required work. They worked well with the engineer I hired to design the structural repair that was installed. They worked me into their work schedule before my move-in date. The original team of four spent an entire day at the house (more than 10 hours); however, after they left and another contractor entered the crawlspace to perform some other work, a few problems were found. CFI was quick to respond and sent a second crew out in a few days to remedy the situation. The final work quality is excellent. CFI quoted a service and provided the work shown on the engineering plans for the price agreed. There was occasionally some confusion as to the correct details to be used, but it was cleared up relatively quickly and there are no complaints with the final quality of work. In all fairness, I'm an engineer and probably pay more attention to the details than I need to. If I purchased another home that needed structural repair, I would hire CFI again.

Description of Work
Two helical piles down to 18 feet to buttress and minimally raise long-term settling of patio slab and possible future settling of thicker villa slab, followed by chemical grout to raise the patio slab very close to where it should be. All went well.

Excellent job. Work performed per engineering report. Everything was done as scheduled and as discussed. When completed exterior was taken care of eg landscaping etc. No complaints. Highly recommend this company. Bill Caulfied kept me informed of what was going on while I was away with pictures etc. Showed great professionalism. Outstanding company.

No work was needed.

The work was done on a timely fashion and the clean up was complete.

I would recommend this company to anyone with the same problem. Very good work. Clean & professional.

Description of Work
I had a sink hole & they were professionals from the first day to the last. It is very stressful to have a sinkhole under your house. They took away that stress.

Florida, being a third world country when it comes to service businesses being honest and reliable, Jim Collier and his company were a refreshing surprise. Unlike some of the others we interviewed, they stood out with straight forward answers to questions. Also, their salesman Bill Caulfield is tall dark and handsome, and he knows how to charm women which cemented my wife's choice. So maybe you should interview them when your wife is out. They offered a warranty that I feel I will be able to rely on. Others offered third party warranties with so much tiny print on the back it would take a team of lawyers a month to decipher. Those warranties are worthless, and any company you encounter offering them, walk away, it's an indication the company involved can't be trusted. You can haggle with them concerning clauses in their contract you're not happy with and they will accommodate you up to a point. Remember, these contracts involve a lot of money and are written by the company and for the benefit of the company, not necessarily the customer. Anyway, we got past that stuff to my satisfaction. Next, the work itself. All I will say is I was very pleased with both the work and the crew. Due to the nature of my property, they had to make quite a mess... ripping out bushes, digging up paver patios and walkways. They even had to go into a glass enclosed room full of furniture and dig up the floor. They put the furniture in storage and could not have been more careful or thoughtful and were in and out fast and caused minimum inconvenience. When they were finished they returned my property to much, much better condition than when they started. No skimping, a first class job making my wife extremely happy. In an industry known for ripoffs, this company is one I hardily recommend.

Its two different phases and the first phase should finish of sometime in the middle of December.

Description of Work
Certified Foundations Inc have been here since November 1st and they'll be with me probably until February. They are doing pressure grouting, chemical grouting and sinkhole remediation.

With over 30 years of professional painting experience, MBA Painting is committed to top-quality workmanship and customer satisfaction. We specialize in Residential Interior and Exterior Painting services including pressure washing, drywall repairs, texturing, and more. We go the extra mile to ensure your satisfaction and pride ourselves on exceeding your expectations. We offer free estimates, and will work with you on every step of the project. Give us a call today for your free phone consultation.  …

With over 22 years of construction experience, here to help you with all your construction needs and dreams. In choosing New Wave Coatings you will receive personal attention from detailed oriented professionals who will assess all your needs and bring your dreams to reality. Ask us about our senior, military and first responder discounts.  …

Certified Foundations Inc is currently rated 4.5 overall out of 5.

No, Certified Foundations Inc does not offer free project estimates.

Are there any services Certified Foundations Inc does not offer?