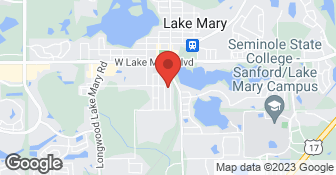 The Floor Specialist is your convenient ONE STOP SHOP, specializing in Hardwood, Laminate, Carpet, Tile Installations and Repairs. We've been assisting homeowners, contractors, and investors with ALL their flooring needs throughout Central Florida For two decades. We offer cut rate pricing on all types of flooring as well as DISCOUNTS on installations. Our NO MONEY DOWN carpet and installation provides peace of mind and a guaranteed satisfaction. The Floor Specialist can even install your already purchased flooring, either way you're guaranteed superior installation and customer service from our licensed, insured, and incorporated four member crew. Certified references are available!...

The best and fastest installation of floors for your project, high quality and reliability for a perfect job.  …

As a family owned and operated company since 1977, D&M Flooring knows quality-it's what our customers receive with every completed D&M Flooring project. Our nationwide buying power means consistently low prices for you, ensuring a high caliber product you expect at a price you can afford. D&M Flooring is certified by the National Wood Flooring Association, as well as by many other Wood, Laminate and Carpet companies, so you can be assured that we can handle any flooring project-large or small-in a professional, efficient manner. From central Florida's top builders to average homeowners, each of our customers can attest to the fact that D&M Flooring is founded upon quality workmanship and excellent service. All of our work is in-house, with absolutely no subcontracting, and our entire crew is licensed, certified, and insured. Come visit our 24 hour showroom, where you can purchase wood flooring from around the world, and contact us right away to discuss how we can fulfill your hardwood flooring needs!  …

professionals in floors, we do tile, laminate, vinyl and more, also baseboard, shower, stone everything related  …

The owner was sick and didn't come to the install. His workers were on time & they were very courteous & professional. They helped move the large pieces of furniture from the bedroom. They removed the carpet that was in room and neatly rolled it up and took it out to curb. They carried the flooring from our garage and setup the saw out on our porch. Everything was going well until they broke a decorative art tile that was hanging on the wall in the master bedroom hallway. This was one of eight art tiles that are hanging in the room. There are other pieces of art and a large flat screen TV hanging around the room. The man that broke the tile told me about it and said he would tell Mark the owner about it. I asked how it happened as I was in my home office at the time, and I was told that the saw that they used to cut the molding in our closets (which are adjacent to the hall way) vibrated it off the wall!! I immediately removed everything that was hanging on the walls after that. I had no idea that they would be vibrating the walls when installing flooring and was never warned that this would be happening...we have had in the past wood flooring installed the rest of our home and never was I asked to remove any art from the walls. I called the owner that night and told him about the breakage and the cost/value of the tile which is approx. $95USD. They are unique and come from Canada so they are a bit hard to come by. He said he would ask they guys what happened and get back with me about it. I waited 2 weeks for a reply and finally had to contact him myself. He then said it was my fault for leaving art on the walls!! He even said that it shouldn't have been on a shelf because it could fall, which is an out right lie as he was never in my home and I don't have any shelving in the bedroom at all. I was never told to remove any art from my walls, and to turn it around and blame me for leaving stuff there was very unprofessional. I can only imagine if they had broke our TV... Unfortunately, I paid cash as was requested, so the statement that they take check or credit card is false - so I had no recourse in getting reimbursed for the breakage. It's too bad as the actual job of installation was done quite well but I cannot recommend this company if they won't be liable for breaking things within the home they are working in.

Mark and his team did excellent job at my house recently. I will highly recommend him for any flooring needs that you have. He was very professional, he himself completed most of the work and did make sure that all my concerns were taken care of. Mark is very energetic and eager to please the customer. He is very responsive and punctual. They did make sure that all the cleanup is completed before they end the day. I am really pleased with their work and plan to use them again in near future. Highly recommended A++++++++++

Mark did a great job with communication, his workers were on time and curtious. 100% happy and having him do mother-in-laws house this month.

Description of Work
remove and replace carpet and pad

To begin with, Mark was very courteous and quick to meet me to do an estimate for installing some laminate flooring I had already purchased. We scheduled a date for the install and his crew arrived within the time frame promised. Began with carpet removal and install @ 10am and was done with 800sq ft of padding and laminate and molding with cleanup by 6pm. Guys were very professional, and installed a great floor. You cannot beat the quality for the price - definitely a steal for those looking to save time & money. Had others quote me as much as $3 a sqft and Mark advertised @ $.99 sqft. I had my reservations - but pleasently pleased. Will use again next year for the remaining bedrooms. Thanks Mark & Crew!