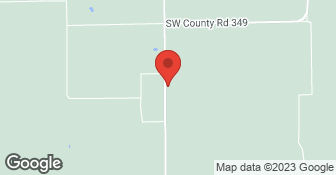 Please see my website for complete details and prices. www.a1certifiedhomeinspections.com

The tl;dr version of my review is: Eric is awesome. Hire A1 immediately. Go to his website and see why. For a more detailed explanation, continue reading. Eric was amazing. I had a difficult time finding a home inspector that would perform all the services we needed, was in our service area, and was reasonably priced. I had made about a million calls for quotes, was super stressed and had just about given up when I blessedly found A1. One look at their website and you can tell how professional, educated, and dedicated Eric is to his business. He details all the services he performs (he even lists the ones he doesn't offer and why, like septic inspections), shows a map of his service area, and lists all his pricing options, including his very reasonably priced packages, which I really appreciated. A quote we had received from a competitor was almost DOUBLE the price we paid for A1. On inspection day, we were present during the entire process (which isn't necessary---he starts at 9 a.m. and says you can come around 11 so you're not standing around bored while he does his thing, but we had some stuff of our own to check out so we arrived shortly after he did and tried not to get in his way) and he was VERY thorough. After he had completed his inspection, he took us around the home and showed us all his findings as well as offered suggested improvements and general estimates for repair work (unlike some other inspection companies, he offers no repair work himself, nor does he offer referrals for contractors or repairmen as it could be construed as a conflict of interest---he made it clear all of his suggestions for improvement were for OUR benefit only, and were not made to sell us anything). He also went over our invoice and our inspection agreement with us, and put them both in a folder that included his standards of practices and copies of all his licenses and insurance policy, as well as a place for us to take notes. We had beautifully detailed and color-coded inspection reports sent to us that same evening (seriously, less than 12-hour turnaround) that included several pictures, not only of areas of concern but also of ways to improve the issues. For example, our dishwasher drain was improperly positioned, and he included a picture of the correct method of placement. Eric was super professional, an expert in his field, and had a great sense of humor. I'm so glad we found him, and I recommend his services to anyone needing a home inspection!

Very pleased with inspection as it was very thorough and accompanying report was very complete. Also received a 4 point inspection for insurance purposes. Requested and received WDO inspection. Price was in line with other estimates. Price is according to square ft of home we purchased a very large one.

Description of Work
did wind mitigation inspection so my insurance did come down, matter of fact it went down $200.

The home inspections went wonderfully! Eric was early to the appointment and was very thorough in his work. As he worked, he was happy to answer any questions for us or explain to us the condition or state of various items in the home. In addition, when he was finished with his inspection, he went back through the house with us to review what he had observed. Our appointment was in the morning, and we had an electric copy of his very detailed inspection report by 6:00pm the same evening.

Description of Work
A home inspection of a potential new (to us) home.

We pride our company on reliability, great communication, integrity, and quality work. We are experts in our trade and will do our best to keep you as educated as we can on your particular task or project. We look forward to earning your business! Book with us online or feel free to give us a call today! Janitors on steroids! 24 hours 7 days a week service!  …

We specialize in handling all Storm/Water Damage, Mold Damage and Fire/Smoke Damage. I serve Jacksonville and all surrounding areas! Been in the industry for 6 years and worked over 500 different projects from Texas all the way to Florida. Looking forward to helping anyone I can! 24hrs/7days a week. Direct Insurance Billing. Good honest business done right! Call me @904-438-8780 or @325-430-2726  …

Insured
All statements concerning insurance, licenses, and bonds are informational only, and are self-reported. Since insurance, licenses and bonds can expire and can be cancelled, homeowners should always check such information for themselves.To find more licensing information for your state, visit our Find Licensing Requirements page.
General Information
Free Estimates
Ask for details
Eco-Friendly Accreditations
No
Payment Options
Check, Visa, MasterCard, American Express, Discover, PayPal
Senior Discount
No
Warranties
Ask for details

How is A1 Certified Home Inspections overall rated?

A1 Certified Home Inspections is currently rated 5 overall out of 5.

What days are A1 Certified Home Inspections open?

A1 Certified Home Inspections is open:

What payment options does A1 Certified Home Inspections provide

No, A1 Certified Home Inspections does not offer free project estimates.

No, A1 Certified Home Inspections does not offer eco-friendly accreditations.

Does A1 Certified Home Inspections offer a senior discount?

No, A1 Certified Home Inspections does not offer a senior discount.

Are warranties offered by A1 Certified Home Inspections?

No, A1 Certified Home Inspections does not offer warranties.

What services does A1 Certified Home Inspections offer?

Are there any services A1 Certified Home Inspections does not offer?