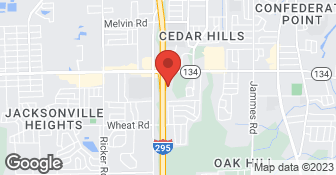 Appointment for quote was set for hours 2-5 p.m. Did not receive a call that repairman would be to my house until after 5. Had dinner cooking so canceled service. Was told I would get a call to reschedule. No call came. Disappointing!

Description of Work
Window glass repair due to moisture incursion.

Description of Work
Double pane Windows were fogging they matched my Windows and replaced the broken panes quickly. The Windows look great and we plan to replace more as needed.

Very neat and professional job it was an all day job

The service was excellent. The installers were punctual and professional.

Description of Work
I had several windows in my home replaced due to fogging.

Description of Work
Replace glass on foggy window and repair another window that wouldn't stay up. Sold house.

Do not waste your time...check reviews and you can draw your own conclusions.

Description of Work
As noted by multiple reviews around the internet (Yelp, Home Advisor, etc.) trying to use The Glass Doctor was a waste of time...unfortunately it was my time. After scheduling a time for their representative to come out (only a three hour window is offered) I let them know I would make myself available between 12 - 3 but would prefer as close to 12 as possible. Since I took the time ff work and waited..and waited... despite multiple calls to the dispatcher and assurances he was in my area and would be calling soon...never showed up. When the dispatcher finally broke it to me that he had another job that he got called to and would not be coming ?I tried to give it one more try. You would thonk that having just wasted half my day would get me some consideration to reschedule but no. Offered the same "window" with no assurances and "yes if he gets tied up he might not be able to get there". I can only assume that this is how the work would have gone.

My first contact was with the sales guy in January 2014. They lady answering the phone said that someone would call me to set up a time for an estimate. They showed up in a few days after that call but I did not receive a call to set up an appointment. I did a walk through with the sales guy who was very nice and attentive. The problems started when the installers came in Feb 2014. They had windows getting glass that were not supposed to and they had no glass for windows that needed it. Well, they said it was the sales guy's mistake. So be it. We ordered more glass. The problem is the professionalism of the installers. Cigarettes hanging out of one guys mouth even though it was not lit. Really? In a home with an asthmatic and a baby? Next, they shattered glass on the pool deck and were not even going to clean it up until after I asked them too. It was also on the inside window and floor where my son plays. I did not notice, until they were gone, that there was glass in my garage and small pieces of glass on other window seals. My husband also found large glass pieces in the driveway where they parked their van. Completely unacceptable! So, here's the topper...little hard, clear plastic rounds that are supposed to go under the glass on the dresser to hold the glass....ALL OVER THE BEDROOM FLOOR AND HOUSE. Parents: beware, this is a choking hazard for young children and I was shocked how many my son found and almost put in his mouth even after vacuuming several times. I called the owners (which are apparently new owners that changed in the middle of my transaction). The first was apologetic and said he would send the other owner to clean my carpets to rid the glass. Too late. I already did that. The other new owner came out that weekend and I gave him the tour of the area and showed him the glass and corks and plastic pieces left behind. He apologized but offered no discount or any way to really make it right. (we had our second order that needed installing because the first installers broke the glass and had to come back another day). He offered us 2 passes to the home show in Jax but they were free anyway. My hope was to make sure glass was cleaned up and no plastic pieces left for future customers but I'm not sure if he took me seriously or not. I would not hire again for the following reasons: 1. over an hour late first visit 2. 30 min late second visit 3. sloppy install and no clean up first visit- choking hazard for young children/babies 4. No discount offered for their mistakes by owners 5. I had to ask MULTIPLE times to get their warranty in writing. Everyone kept passing the buck. I do have to say my second install was with a better guy and he cleaned up his mess. There was a glass break this time too. I would only use them again if he were the one that came to do the work. I think his name was Joe. Very nice guy. If they get my business ever again, he would be the only reason why.

Very impressed by the promptness, courtesy and professionalism of the glass doctor technician. And we were very appreciative of his willingness to refer us to another company/individual who could make our repairs.

Description of Work
We contacted glass doctors of Jacksonville to give us an estimate on a front door glass repair. We have an older door with decorative, odd-shaped crackled glass panels. Several of the panes were broken. A Glass Doctor technician came to our home. He informed us they do not make those repairs to this older style door. He kindly referred us to someone who could repair just our broken panels. We really appreciated how he handled our situation and did not try to persuade us to replace our door. This saved us a big expense.

I had used Glass Doctor to replace my windowshield twice while living in South Florida and felt they would be a natural choice to fix my home window that was cracked. First, it was not necessary for me to be home for the ESTIMATE and yet it was reschedule three times. The estimated price was good so I scheduled the repair which I did need to be home for (or so I was told). When I scheduled the estimate they were nice enough to give me a timeslot of 3pm-5pm because I needed to leave work. The day before I was called by the Glass Doctor office and asked it the repairman could come in the morning. I said no because I had to get my bosses permission to leave work early. I was told that they would keep the 3-5pm timeslot. I was called the day of the appointment late morning asking if the repairman could come early. I said no. I said I would be there at 3pm because of work. On the way home I called the Glass Doctor office to inform them that traffic would make me get home shortly after 3pm and was informed that the repairman was at my home and wanted to begin setup and work from the outside while waiting and then would do the inside work when I arrived. I reluctantly said it was okay for the repairman to begin setting up outside and that I would be home shortly for him to finish. When I arrived at home the repairman had left and the window was no longer cracked. However, since he did not wait for us to come home before doing the full repair...while using his blow torch from the outside he had melted a hole in the lining of my drapes. I am extremely thankful that the lining was the only damage. The drapes could have easily had the fabric catch fire and my house significantly damaged or burned to the ground. I did receive a call from the repairman's supervisor stating that they would pay to replace the drapes. They have also informed me that they are refunding my money. The manager was very responsive and proactive! While I will still not use them in the future, it is possible that this was an isolated incident as the manager indicated.

15 employees. Bill all insurance companies, take all credit cards, mobile service and in shop service. No one treats you better. Baker Glass has served Jacksonville, FL and the surrounding areas of St. Augustine, Fermandina, Yulee, Middleburg, Baldwin, St. Johns and Macclenny since 1993. We offer a full range of glass installation and repair services.  …

With over 25 years of experience serving the Jacksonville and Palm Coast area, Artigiani Granite and Cabinetry is the solution for all your marble and granite needs. We take great pride in our extreme professionalism, timeliness and superior customer service on every job. We make sure to develop a lasting relationship so that the next time service is needed there will be no question on who to call.*** Currently due to staffing issues we are not doing repairs or tile backsplash at this time.*** Satisfaction guaranteed!  …

How is Glass Doctor of Jacksonville overall rated?

Glass Doctor of Jacksonville is currently rated 4 overall out of 5.

What days are Glass Doctor of Jacksonville open?

Glass Doctor of Jacksonville is open:

What payment options does Glass Doctor of Jacksonville provide

No, Glass Doctor of Jacksonville does not offer eco-friendly accreditations.

Are warranties offered by Glass Doctor of Jacksonville?

What services does Glass Doctor of Jacksonville offer?

Are there any services Glass Doctor of Jacksonville does not offer?