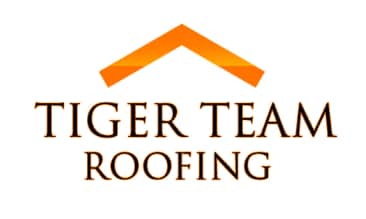 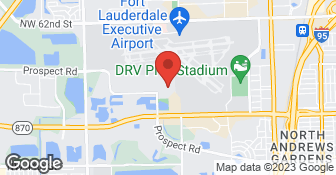 This is my second time using the Tiger team, and they continue to impress me!!. This is the second time that I request their services. When I called to schedule an estimate appointment, I spoke with GiGi, she was the nicest must professional coordinator. She scheduled the estimate appointment and showed up during the time frame Gigi gave me. Ray showed up and performed a whole inspection, thank God for that because he found another area that was worst than the dryer vent one. They email me the estimate the same day. The price was fair for the work that needed to be done. We scheduled the appointment Once again they showed up on time, they worked diligently on both areas, they finished the work in about 6 hrs. They sent me the Invoice at the end, with pictures attached, my heart shrunk when I saw the amount of destruction the water had cause, there was a bowling ball size hole that I have not seen. then I saw the after pictures and I was overjoyed. This company saved me thousands of dollars in what I know it would have been eminent water damage in this soon to be rain season. I have not ever too joyfully paying repair bills, however there is always a first! I called this morning to take pay for the invoice, I spoke with Sean the assistant account manager, he was the cherry on top for this company. He is professional and caring. In conclusion this company should get 10 stars! They have amazing costumer service, amazing professional services and fair, competitive pricing. Don't gamble with other companies, simply go with The Tiger Team Roofing, you will not be disappointment.

Excellent!! Gary Chester came to our home. He gave us a quote. Of course the amount of wood damage could not be 100% estimated until all the tile was removed. There was a little more damage than what we had estimated. Other than that, everything was spot on. The workers showed up on time every day when they left, the worksite was perfectly clean. The job was completed as promised. It has been five years the roof is holding up beautifully. We recently had the roof inspected a few tiles had been damaged by falling limbs from an overhanging oak tree. They were replaced. I have no hesitation recommending Gary Chester and his crew at Tiger Team to my family and friends.

I was so concerned with having to get a roof as several homes in my area had plywood or the peel and stick for months. The garbage left on the yards, etc really worried me. Tiger Team to the rescue. Excellent work! Clint provided the estimate and explained the process. I got 5+ quotes and TigerTeam was the most professional, payment is based on project phase completion. Work was done as described and as scheduled. Robert and the teams onsite were fantastic. Highly recommend TigerTeam!

They are very good, they did a nice work and they did a good job doing my roof.

They were professional from the start. Their quote wasn't the highest and wasn't the lowest, but we went with them because of their reputation and because we had seen their work on a neighbor's house. Timelines were communicated, the work was done well, care was taken to make sure nothing was damaged when removing the old roof tiles.

Staff did an excellent job. They were prompt and very reliable. Will definitely use again.

Clean, professional and easy to work with.

It went well. They came as expected. They completed the job the same day. They provided overview of the work they completed.

I have used Tiger Team Roofing for several repairs.They are very efficient, explain and answer all questions. That complete the job as promised. There staff including Mike, Chelsea,and Ricardo are very professional and competent.I would highly recommend Tiger Roofing.

I had Brian Botting come out to inspect my roof after having it cleaned. In addition to the usual broken tiles, there was evidence of several "handy man" repairs and other quick fixes. Brian and the team were able to locate matching roof tiles, color match the existing mortar, and remediate all the substandard work. The team was punctual, polite, and meticulous in their work. It looks like I have a new roof. I highly recommend Brian and Tiger Team Roofing.

Tiger Team Roofing Inc is currently rated 4.9 overall out of 5.

No, Tiger Team Roofing Inc does not offer a senior discount.

Are there any services Tiger Team Roofing Inc does not offer?