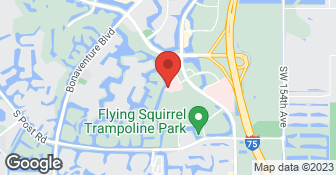 ADEC Construction Inc, Real professionals on Your Side A General Contractor firm who focus on Excellent Customer Service and the best solutions for New Construction, Renovations, Additions, Driveways and more... Contact us to set up an appointment with us, get a Free Consultation, and Free Estimate!! Feel free to contact us regarding estimates, questions or any concerns, our staff is waiting to serve you!...

NIGHTMARE, NIGHTMARE, NIGHTMARE!!!!! The renovation started at 08/19/2014, my family had to terminated the contracts with this company 3 months later. We paid over 60% of the total payment. We did not get the jobs which that payment should performed, and ADE tried to ask more payment and a huge amount of extra money which they never mentioned . They did not pull out any permits form my city which more than one project in my house are required. They hired someone and caused water damage in my house. ADE refused to provide the company insurance after the damage.

Description of Work
The contracts included kitchen, new wood floor thru second floor, standard bathroom on second floor, master bathroom, to enclose the loft on second floor to be a bedroom, add wood fance to my back yard, and paint both interior and exterior.

It was a nightmare from the start. Their quote had errors, had trouble getting start & close dates. Finally received a project plan. The removal & reapplication of the tiles was done well. No complaints. Having to deal with Joel is difficult. He is arrogant and hard to deal with. I had requested bull nose to be installed over the tiles behind the vanity. He flatly refused to do it. The remaining paint, vanity, over the sink light and mirror were extremely poor work. The painting was all jagged on the edges and they painted over a towel holder, the light fixture was 3" off center, after an entire day the vanity was installed and it leaked (the seal on the drain was installed incorrectly). The plumber started to install the vanity without having a look at the pieces. At one point I went in & he was putting the taps on the counter I had to advise him the there was a glass sink that went on top of the counter and the taps had to be on the sink. They didn't install the mirror as there wasn't enough room for it - no one measured anything. I had to get the light redone, the mirror installed and the leak fixed after they were gone. I didn't trust that they would do it correctly. I now have my 2nd bathroom done. It is much bigger and has the same type of vanity, light and mirrors. It was all installed perfectly. Again this washroom was completely gutted & rebuilt without one complaint . I didn't even have to clean it - it was spotless.

They did unprofessional work...I had issues with screened patio and not able to put hurricane shutters, the list is really long.. The contract was for $10,000 but I have been given an invoice for $1250 more and I was not ready to pay that. I was threatened that they will put a Lien on my house for that extra money even though they didn't do anything extra other than what's in contract. I would not suggest anyone to do any business with ADE Construction Inc.. They did a shady job and totally unprofessional.

Description of Work
ADE construction is supposed to build screened patio along with stamped concrete flooring on my backyard.

"My name is Joel Espinal. I am the Customer Representative and Project Manager assigned to the project on discussion. American Design Engineering Construction, Inc and I had no intention other than defend our position that can be proved with facts. First, i would like to invite every person reading this review to visit our Facebook page where you will find the screen enclosure that is being discussed on this review. The Second fact is that the person who made this report/review is not at all the person that signed the contract at all. We do have the signed contract, pictures, emails, and documentation on file that proof every statement on this response. I would also like to add that in the contract we specifies that any changes required by the Building Department of the city where the job is being executed will become a change of order. It is not a hidden fact that in order to make any building or construction safe and to pass the inspections all city requirements must be met. On the other hand, our customer instructed to my SUBCONTRACTORS directly to make many changes that incurred in a extra cost to me and to the customer himself. This changes that were executed, were then asked to be put back to its original stage by the customer, because he noticed that it was not the proper solution. It would be very important to mention that our customer also tried to offer money to our workers. The customer was very happy with the job until the invoice for the change of order came through. We are focused on customer satisfaction and we work to give the extra mile to all of our customers. Below you will find a list of the good faith services provided to our customer at not charge whatsoever: 1. Find out which was his Home Owner Association. Our customer was not aware of what association he was supposed to submit the application. 2. Get HOA application and deliver it to our customer. 3. Filling process and submittal, including taking the application to the HOA Office which was over 20 miles away from the house. 4. Follow-up with HOA, this particular property have two HOA, so emailing and visiting these offices took a process of over 60 days, because each association needed at least 30 days to approve or disapprove. Emails and References from these transactions are facts available upon requests. 5. 20+ Sq. Ft. stamp concrete and screen enclosure at not cost to make the construction symmetric and to not interfere with the sliding doors and windows. 6. Expedited Permit with City of Miramar because our customer was on a rush, and our customers concern is our concern. 7. When one of the invoices was due, our customer requested to please give him until next week to pay it since at the moment he did not have it available. I talked to my office, remove the late fee and waited without hesitation. There were other little issues, which we agreed on and I think were understandable, for example, our customer wanted for us fix the grass after the stamp concrete was ready, but before the screen was completed. My reply was to please give me the days agreed on the contract to finish the screen, so we can put the grass right after, because if we put the grass before the job was done, the grass will get damage and will have to be change again incurring extra costs. I really think this is an unfair judgement from our customer. We are not asking for anything in return or to make any judgments, but i believe it is really unfair, specially after making sure that all his questions, concerns and needs were promptly met and taken care of. My unique alternate solution would be to please remove this review because it may affect our reputation as a business, as well as misinform the audience that have not met our work ethic and professionalism. Sincerely, Joel Espinal"

Terra Tiles & Pavers (or Terra Pavers) focuses on exterior remodeling and brand new construction of pools, pool decks, patios, walkways and driveways. We use pavers of all styles, colors and materials to add that wanted warmth, appeal and class so sought after. We use the best of the best in regards to materials and have intimate relation with the biggest manufacturers and importers of concrete pavers, natural stone (Travertine and Marbles) and clay bricks. We have the best qualified installers. We run very formal operations with all sort of county licenses & liability insurances. Terra Tiles & Pavers is a legally registered paving and flooring company made out of true professionals driven by the passion of delivering the best possible finished product. Every step of the process is equally important to us. From sales, conception and design, to materials selection and construction our people will make you feel good, will give you peace of mind and will surely give you the highest quality product.  …

No, American Design Engineering Construction, Inc. does not offer a senior discount.

Are there any services American Design Engineering Construction, Inc. does not offer?