Above & Beyond Full Service 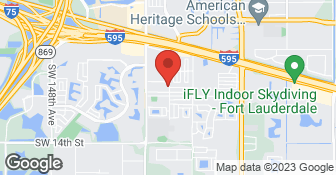 Description of Work
Cleaned all windows inside and out. Also did housecleaning a few times.

I will recommend Above and Beyond to ANYONE I know who is looking for a great house cleaner.

Description of Work
Janet has been cleaning my home every week for the past couple months. She is the BEST house cleaner I have had yet. She does a thorough job dusting, getting all the hard to reach places, and even under furniture. I am very picky and notice every little thing and I couldn't be happier.

I don't have enough of a body of evidence to judge, but in the two times she cleaned our house, Janet moved slowly, but did a thorough job. Our issue is not so much with her work ethic, as with her character. She worked on two separate dates for us, a Tuesday (3/29/2011) and a Friday (4/1/2011). Instead of paying her at the end of the week for both sessions, I decided to pay her for each session individually. Victims of identity theft last December, we had to close out our old checking account and open a new one with a different number, and, of course, new checks. I thought I had cleared our "check drawer" of all the old check books. Apparently, I had not. The first check I wrote to her was on an old check, and it bounced. The second, written on Friday, was written against the correct account and it went through. Rather than calling us to let us know about the problem so that we could rectify the situation, Janet instead called on her next scheduled work day (4/5) to say that she had "fallen off of a ladder" at another job and wouldn't be in. As it turned out, that was the same day that she had tried to cash the first check. She never showed up to work again and we didn't receive a phone call from her again until more than a month had passed. At that point, my wife spoke with her and asked why Janet never contacted us to find out the cause of the error and see if there was a simple explanation. Had Janet let us know, we would have apologized, and fixed the situation that same day, Janet responded by saying that she had tried to call "several times" and had tried to come to our neighborhood, all of which proved to be untrue when we checked our phone records. There were no phone calls from Janet on any of our phones beyond the day (4/5) she called to say she had "fallen off of a ladder", and no call from our neighborhood guard house to our house on the day she claimed to have visited. When she came to collect her money, she was agitated, belligerent and nasty. We told her that we had checked our phone records and knew that she was lying about trying to contact us. She asked if we would like to see her cell phone records as proof she had tried to call us, and when I said yes, she pulled the phone back down and said, "I don't have to, just pay me." During our conversations on the two days Janet was here she complained about how hard it was to find good help, and how she understood that she could be difficult to work for. We now realize she didn't reveal how completely unprofessional and casual with the truth she is. Our recommendation: pass on her, and try someone with more professionalism and integrity.

Description of Work
Cleaned the interior of our home twice.

I have fought myself about a response to this report and decided that I do have a few things to say.. I would first like to start with I'm sorry that you experienced Identity theft I myself have been a victim . That being said I'm a person who takes her responsibilities very seriously and my reputation is very important to me. I did a job and was paid for it with a check that was no good I'm sure it was an accident however the fact still remains that it bounced twice. I did make an attempt to collect and after calling from the bank the second time I was able to talk with Ina and then on May 6th collection was made good on.I offer an apology if you feel for any reason I treated you unfairly . I don't handle being called a liar and mistreated very well. However I assure anyone looking for a GREAT housekeeper my teams and myself are of great integrity and would be honored to offer our services.Have a Blessed day!

Janet showed up on time to give me an estimate. She answered all of my questions and has great attitude. When she came to clean she brought all her own supplies and was extremely organized. A real professional.

Description of Work
Janet came in and did one of the most thorough cleans ever. She got down on her hands and knees to dust cabinets, books, wires and a ladder to clean fans and tops of shelves. She brought all of her own supplies, she is very organized and open to comment. My house was sparkling.

Janet is the best she came to a house that i just bought and totally went thought the hole house she cleaned everywhere even places i didnt think you was supose to clean and she even painted two rooms for me she did such a wounderful job.

Description of Work
I just bought a house it was extremly dirty the kitchen was a dezaster and it needed some paint and i was on a real buget after buying the house.

I wrote an email to this company on Sunday. It is Tuesday evening (11:00 pm) and I have not heard from them. I would think that if you are interested in someone's business, you would call or write back within 24 hours. It's now more than 48 hours so I guess they are not interested in my business. What a disappointment.

Description of Work
None, they never responded to my email.

After months of searching for a good housekeeper and hours complaining to friends and family about the lack of good help in south florida, a dear friend of mine told me about this amazing woman she wanted me to meet. Of course I wasn't holding my breath but I said I would give it a try. Janet came to the house, gave me a quote and proceeded to set up the appointment for the following week. Well to make a long story short, she showed up on time as promised (7:45 am) and proceeded to start sorting out the laundry (she knew that the whites were washed separately from the darks ;-) and proceeded with the huge undertaking. At 4:00 pm when I retured home, all the clothes were washed and dried ( nothing in the washing machine or shoved into hiding places) and the house looked, and smelled wonderful. I know that I will definitely be using Janet again (already booked my 2 week appointment) and will continue to tell everyone about her and her wonderful company.

Description of Work
Janet did an amazing job cleaning my fiancées home. Not only did she go Above and Beyond, but she made it even better with her warm, friendly personality.

High Shine Marble Restoration focuses on providing the highest quality finishes across a wide range of marble surfaces. With over 10 years in business, the success of the company lies in the customer's satisfaction with the service it renders and the quality of our work is backed up with the guarantee that our customers will be completely satisfied with our services. There is no better feeling for us than finishing our work day knowing that we were able to put a smile on your face. Being able to make a dramatic change in somebody's life makes us happy and we look forward to bringing that same professionalism and customer satisfaction to you. Our services include any type of stones" floors, walls counters tops ,marble restoration refinishing cleaning, polishing, grinding, crystallizing for travertine, terrazzo and concrete floors. These are just a fraction of the services that we offer to our valued customers. Call us today, we look forward to serving you. https://highshinemarblerestoration.com/  …

We are your go to company for soft washing and power washing services for your home and commercial properties in Broward county. Ask us about our Senior, Military, First Responder and Teacher discount.  …

Touch Of Shine Marble Inc. is a professional marble contractor located in Miami Gardens, FL, since 1996. Don't hesitate to call us if you want reliable marble polishing of marble restoration at affordable price! We pride ourselves on the quality work we provide, while delivering great customer service! Call or click for your FREE estimate today!  …

Insured
All statements concerning insurance, licenses, and bonds are informational only, and are self-reported. Since insurance, licenses and bonds can expire and can be cancelled, homeowners should always check such information for themselves.To find more licensing information for your state, visit our Find Licensing Requirements page.
General Information
Free Estimates
Yes
Eco-Friendly Accreditations
No
Payment Options
Check, Visa, MasterCard
Senior Discount
10%
Warranties
Satisfaction

Frequently Asked Questions & Answers about Above & Beyond Full Service

How is Above & Beyond Full Service overall rated?

Above & Beyond Full Service is currently rated 4.3 overall out of 5.

What days are Above & Beyond Full Service open?

Above & Beyond Full Service is open:

What payment options does Above & Beyond Full Service provide

Above & Beyond Full Service accepts the following forms of payment: Check, Visa, MasterCard

Does Above & Beyond Full Service offer free estimates?

Does Above & Beyond Full Service offer eco-friendly accreditations?

No, Above & Beyond Full Service does not offer eco-friendly accreditations.

Does Above & Beyond Full Service offer a senior discount?

No, Above & Beyond Full Service does not offer a senior discount.

Are warranties offered by Above & Beyond Full Service?

No, Above & Beyond Full Service does not offer warranties.

What services does Above & Beyond Full Service offer?

Above & Beyond Full Service offers the following services: Ask for details