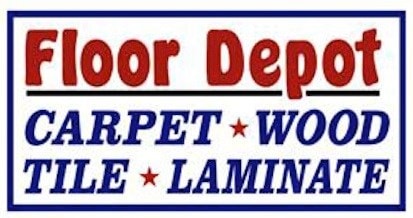 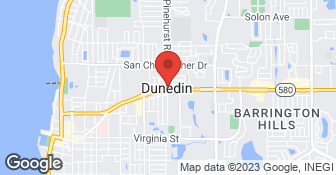 Welcome to Floor Depot! We are a local, family owned and operated flooring company that has been proudly serving the greater Tampa Bay Area since 1985. Integrity and quality are our primary focus to make sure we better serve you. We are proud to offer high quality installation on all of our fine flooring products. Our technicians are employees not sub-contractors, so they will take there time with every phase of the install so as to ensure that your job will have all manufacturing warranties in place once your floor is installed. Our costs are determined by the job so we make sure we meet your needs, desired look and budget as accurately and effectively as possible. Our sales staff is all non comission based to make sure we are handling every situation with customer service being the focus of our interaction and relationship we build with our customer base. We are a 10 time Angie's List Super Service Award winner so we care about you have to say and about your feedback from your experience with us, so please, fill out a review and let us know how we did! For more information, check out our website or visit our showroom to get the full experience and scope of how and what we can do to help with your next project. Thanks and we look forward to talking to and working with you soon! Mike Domingue Owner...

Workers were not good and they were not on time. All is great with this company until you give them your money. Then lots of luck getting any response from them.

Workers were not on time and not respectful of the property. Customer service was sorely lacking.

At 8:20 on install day we received a call from Floor Depot to say that when they went to load our carpet to install, they discovered that they had not received it, ever! No apology whatsoever just provided a new production date with no idea of when it might arrive. Movers arriving in two days and no opportunity to make other arrangements for carpet because of Floor Depot’s negligence to insure they received our carpet order on time for installation as agreed with a $500 deposit no less. Buyer Beware of this locally owned business. We will move forward with a reputable company to get the job done.

The Jim & Jack were prompt, polite and professional. They even vacuumed the carpet after they were done. I would recommend this company to family and friends.

I highly recommend Floor Depot to anyone who wants quality flooring, professional business interaction, and a crew who go over and above making sure you have everything the way you want it. From my initial meeting with Brendt who immediately understood what I wanted, to well-informed input from JP and to the beautiful installation of wood flooring by Joey and Michael and tile by Justin. All 3 are wonderful craftsmen!! I absolutely love the new looks of my rooms. Thank you Floor Depot.

They were professional, courteous and explained everything including extra cost for surfacing and leveling

Description of Work
Flooring in 2 rooms

They were professional, courteous and explained everything including extra cost for surfacing and leveling

Description of Work
Flooring in 2 rooms

Decided on wood-like tile install as there appeared to be moisture problems in concrete. Removal of buckled hardwood floor and moisture analysis went well. Removal of hardwood resulted in a damaged baseboard which was fixed upon request. Floor prep for tile install was extensive and was told to me by the installer but I wasn't aware of the price increase until the final bill, which amounted to one fifth of the total price. I do not consider that professional as I feel I should be informed of a significant increase of price before being given the final bill. Via phone, I chose the darker color of grout to the installer, but when I went to my home after grout install, I was surprised by the lightness of the grout color. Also, I was dismayed at the amount of white "dust" that was all over the floors and heavy furniture that was put into place when I went to my home. The installer texted me to mop the floors for the little bit of grout haze, which I did some hours after the grout was installed. It seemed to me to be a lot more than a little bit since it was everywhere and had to be removed from the furniture, and my AC filter was caked with the white haze. Since that didn't help remove the haze after several moppings, I texted the installer about that to which he texted me that I wasn't supposed to do that until the next day (Saturday) and not on the day that the grout was installed. He instructed me to mop on Saturday and since that didn't improve how my floors looked, he came back on Monday to attempt to remove the haze, which wasn't effective. After 2 treatments of grout haze remover over the next couple of weeks subsequently, most of the haze did go away, but only after I mopped the floors 8 times to remove the sticky residue that resulted. The stickiness remained until I hired an outside tile cleaning company, and they were able to finally remove the stickiness/residue from the floor. Floor Depot took the price off the balance of this outside company's bill, but I was still less than satisfied by the variation of color of the grout throughout my home. I was disheartened by the company blaming me for trying to remove grout haze from the floor before it was cured (though the installer didn't tell me when to mop the floors), and I feel they had the gall to say that my floors did not have a sticky residue and simply wanted me to pay the balance of the bill after the 2nd grout haze remover was applied. I called and found out from the tile manufacturer and grout haze manufacturer that it was not my responsibility to remove grout haze from furniture and floors, that the customer should be told to not walk on the floors on the day of the grout installation, and that the installer should remove any grout haze on the day after the grout installation, and only then bring in the heavy furniture, and then tell the client that the floors are finished. If only that happened. I found the grout install and aftermath to be a nightmare with this company, and I did not appreciate them telling me it's my fault from the manager, or "do you know how to rinse a floor" advice from the owner (which did not resolve the problem), or defensively that they are the best installers in the county, or that they just want a happy customer even when things are not reasonably resolved to the customer's satisfaction. I'm still not happy with the grout color and plan to get a grout color seal in the future. I paid them the bill, but was disappointed overall in their response to a problem. Even if this is something that is very "rare" with their company as they said, it affected me, I can't give them a great review as a result. I hired them because they had such great reviews on Angie's List, especially for their installation. But my advice to anyone who hires them, or any tile installer, is to make sure the contract includes the installer removing all remaining grout haze on the day after the grout install. One other problem was that I was unable to open my sliding glass doors after the tile install without the doors significantly grating against the tile. It was something i had to bring up to the installer. He fixed it but it would have been nicer if he had caught that before me having to tell him. Also, in the end an employee told me that the installer would come out to assess the variation of grout color, that it was part of the warranty, and this was after I paid the balance. Well, I haven't been contacted about that. I was denied the happy expected "wow" with the install and so for that reason I'm writing my first negative review.

It was great! Quality and professional work. We’re having Floor Depot do all our remodeling moving forward!

Very poor office to field coordination. Resulted in project not conforming to purchase scope of work. Over a MONTH late in performance ... had to beg for a surface construction clean up ... Floor Depot does not have one point of contact. They juggle you between who ever is in the office. The OWNER: MICHAEL does not walk his talk. Please contact me should you have any questions: JRFord 707-484-1688 /JRFord@pacbell.net Angie's List was not represented appropriately. We are very sorry we trusted Angie's rating of Floor Depot.