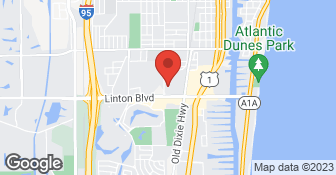 As a 8-time consecutive Super-Service Award winner, we are proud to have celebrated our 19th year in business in February of 2021. We are your local experts in all residential Electrical & Generator services! Staffing top-notch, highly skilled & certified electricians and generator technicians, no electrical service job is too large or too small for Reliable. Exceptional customer service and satisfaction is the cornerstone on which Reliable Power Systems® and Electrical Services was built! With three fully-staffed and fully-fleeted divisions (Generator Installations, Generator Services, and Electrical Services), President Robert Biscardi (with 25 years of experience & master electrician) has woven a strong sense of Ethics, Values and incredibly High Standards into the fibers of the company and this is undoubtedly reflected both in our results and in the hearts of our loyal customers! Call Reliable Power Systems® and Electrical Services today to set up your service call for any of your generator or electrical needs!  …

Generator Supercenter of The Palm Beaches

#1 Generac Dealer in North America: Generator Sales, Services, & Maintenance: Exceeding Customer Expectations Since 2005 (startup of the Houston HQ) Generator Supercenter is the company for all your generator needs. We provide high-quality models, have factory certified technicians for repairs and maintenance, and offer turnkey installations. We are the number #1 Generac dealer in North America. Our employees have extensive training to provide a professional experience every step of the way.  …

1 STOP GENERATOR SHOP combines the best of old world service and new world technology. Dedicated to customer service and dependability, 1 STOP GENERATOR SHOP is the combined business of 2 experienced Master Electricians who have joined forces to bring electrical safety and comfort to South Florida. Together, Jon Andio and Dale Sibery bring over 50 years of electrical experience to the generator industry. Unlike the “big box stores” you have an on-going personal relationship with 1 STOP GENERATOR SHOP. From our initial home visit to do an exact load calculation of your house’s power needs, right up until the actual installation, we stand by you right through the entire process. After installation, you may want to continue your relationship with us by electing one of our four comprehensive maintenance plans. Like any large machine, your generator needs regular maintenance. Oil changes, fluid checks and power checks are all part of ownership, and 1 STOP GENERATOR SHOP does it all for you, making your generator reliable and dependable. Call us today at 888- 68-WATTS and see the difference dealing with a family-owned business can mean to you.  …

Our service person Jermain was very informative and provided a detailed orientation for our new generator’s operation. We are now very confident in the system’s capabilities and operation. Job well done!

This review is for the elecctrical installation team of Frank and Rick. These two hard working indivduals spent Friday and Saturday atmy house doing the installation of the transfer box and the tie ins to the electrical service and the generator. They proceeded in a verey professional fashion. Keeping me informed as I was courious about some of what they were doing and most importantly, arriving when the were scheduled and leaving my garage and the area outside clean and well organized. I would recommend this team to anyone.

From start to finish went extremely well. Quality people, materials and competence. Price was competitive and APS did exactly what was promised!

Description of Work
Regular service on our Gold Plan

Will and crew did a fine job - handling all from permitting to final install - they offered financing for a year which we took advantage of. Since installation in 2012/13 we have been the go to house for power when no one has. Costs me a little money on neighborhood game night, extra food and drink for the neighbors, but in a neighborhood that loses power repeatedly with no hurricanes, this genset has been a god send. Will lives in the area, the office is nearby, and they stand behind not only their products but their installation as well. We recommend annual maintenance plan as well. Many in my neighborhood have since used Assurance for their needs.

Do not expect any communication from this company. They do not seem to know what the word "communication" means and are excellent at NOT following through on their statements or getting things done smoothly or professionally. The salesman was VERY attentive until he got my deposit. Then he completely dropped off the face of the earth and was never reachable. I had a whole home generator installed by them, gave them a copy of my survey which they told me was not an acceptable copy and they had to get their own only to waste a few weeks time and get the EXACT SAME thing I gave them weeks earlier. Not similar, but identical. When I tried to find out the status of my "project" as time went on, no one seemed to know anything and all they did was pass the buck to the next person who knew less than the last person I spoke to. That is, if you finally heard from them because they do not believe in returning calls or emails. On multiple occasions, this company's idea of scheduling was to call you on their way to your house, expecting you to be home, but at no prior time had that date or even that week been discussed for them to come out. It was as if they felt you should be sitting at home waiting for them for a 6-8 week period! We are not talking about a situation where we discussed them coming out on a specific day and then they call to confirm they are coming out in a 4 hour block, we are talking about multiple instances of no discussion at all of a date or even approximate date to come out and then all of a sudden a call comes in "we will be to your house within 30 minutes". Completely out of the blue. These issues of scheduling and communication were brought to the attention of the administrative and labor staff on many occasions to no avail. Attempts to speak with the company owner fell on "I'll give him the message and have him call you back" which as is typical for this company's lack of communication skills, resulted in me never speaking with the owner. To this date, I have not heard from him. Once installation started, a 2 day job took 5 days if you do not count the additional 6th day I had to stay home and miss work for an inspection they cancelled without notifying me or the two other time they had to come out to repair things that were admittedly their fault. Total 8 days! The inspection I am referring to was my final inspection and was reconfirmed 3 days before the inspection date with the manager at APS and then cancelled without anyone notifying me. The manger's reply when I questioned what happened and why I wasn't notified was "my apologies, someone should have called you." I came to find out it was cancelled by this same man BEFORE he confirmed with me that it was scheduled. He fully knew it was cancelled when he confirmed with me, just "forgot". The workmen were always very polite, although not very neat and did cut some obvious corners such as accidentally busting a water pipe and trying to repair it with DUCT TAPE. Yes I did say repair a broken water pipe with duct tape. I do have pictures of it for anyone who does not believe it. I also have the dates of all attempted correspondences and the names and dates of those I actually corresponded with if you want. The company can't even get their billing right. First they do not want my check, then they say, they will send an invoice which never gets sent, then when they finally do send it, they complain to me for it being delinquent. A dated bank check! I couldn't change the date if I wanted to. If you are home all the time and can be at this company's beck and call for weeks on end to be left in the dark as to where your "project" is in the process, and if you don't mind messes and cutting corners, then this company is the one for you. If not, look elsewhere. I can only hope the other dealers of Generac are better than Assurance Power Systems. Choose another company. If I wanted to, I couldn't make this stuff up. It was truly an unreal experience. Just say NO!

Terrible...I have never written a negative review, but this deserves the strongest of negative reviews, especially where there were so many good reviews on Angie's list that prompted me to call this company. Forget that the service technician arrived 6 hours after the scheduled time, and forget that I pre-paid $171 for a service call. The technician was to repair a generator. Not only did he not repair the generator, but he broke a second generator that was working just fine. The second generator no longer works at all! The generator he was to fix does not work at all. I have received no communication from the company...they simply took my money, broke the working generator, never fixed the one that needed service and just left 5 days ago without a word. Good luck if you ever use them...I will not!!

Description of Work
Repair one generator

Workman was thorough and answered all my questions. I have not received bill for service in order to comment on cost.

Joey and Austin came to provide an estimate for rerouting a gas line, adding a line to our kitchen, and capping off a line to the living room. They were professional, punctual, and thorough and explained everything to us.

Description of Work
Estimate for rerouting a gas line, adding a line to our kitchen, and capping off a line to the living room.