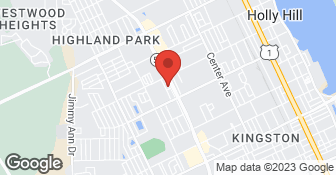 The top priority of all of Budd Severino Advanced Home Exteriors, Inc. employees is customer service. Our customer service representatives are available upon request for a free estimate at any time that is convenient for you. Budd Severino Advanced Home Exteriors, Inc. has a General Contractor's License for all of your exterior remodeling needs. License#: CGC012850....

Acevedo's Father & Sons is a Family own and operated Business. Providing exceptional service at a very affordable price. We specialized in Pressure Washing, Screen Repairs/Replacement and New Installation as well Cleaning, Installing and repairing Gutters.  …

Last year, my wife Allison and I started up Rescreen Transformations LLC. We are family owned and operated and we proudly serve the Greater Daytona / Ormond Beach area. I have over 10 years experience and I would be happy to assist you with your pool enclosure needs. So, give us a call today to schedule a free estimate.  …

We are a windows and doors replacement company. We are factory trained by Simonton Windows and carry the rare distinction of " Simonton Windows Master Sales Consultants". Fully state licensed SCC131152146 and insured. Baxter Windows and Doors LLC is an Accredited Better Business Bureau member. We are part of the local business community of Orlando and service, quality and the increasing numbers referrals of our previous customers have helped us to grow. We will help and or process you power company rebate (if available) for Duke Energy and OUC. We are able to offer estimates over the phone or by email for ball-park pricing. In-home estimates can be done in as little as 30 minutes with no sales pressure. We accept all major credit cards, cash or checks. From order date to installation is usually 30 days or less, depending on the scope of work. Our installers are real craftsman of the trade, background and drug checked. We would love the chance of earning your business. Referral names and phone numbers are available upon request. All of our windows and doors come with an all inclusive, Transferable Lifetime Warranty serviced by us; backed buy us and the manufacturer which is Simonton Windows. Our double warranty includes a Glass Breakage Warranty at no extra charge. All windows come with Foam Wrap Insulation, not that cheap can from the box stores selling that yellow sticky stuff.  …

The job went smoothly; it was completed on time (same day). Would not hesitate to recommend Budd Severino... in fact, already have.

Description of Work
Had gutters with leaf guard installed... there had never been gutters on the house. The crew was punctual, knowledgeable, professional and pleasant.

Bad from the start. Replacement of gutter covers, down spouts, and soffit upon completion was amateurish. They had to be called back ono occasions to fix their errors

Description of Work
Gutter down spouts, and soffit replacement

I contacted them through the website and the home show.. never contacted me.

Very well. The crew who did our work was wonderful. They were professional, worked quickly and cleaned up afterwards. The gutter and downspouts they installed were done so well that they stood up to Hurricane Matthew which made a hard hit on the same side of our house as this repair.

Description of Work
Siding repair and gutter replacement project. Both went very well. There was a delay in getting the gutters ordered, and I had to call a few times to follow up, but the crew that did the work were Excellent!

He said his company wasn’t able to do the job. Maybe the job was too small or I don’t know because do see on the internet that they do rooms and a whole bunch of things. My area was a very small area. He said he couldn’t do it and he referred me to someone else. He did advertise himself like no job was too small or too big and my job was not too big. His response is good. He was good at punctuality too.

I got an estimate. I do not plan on completing the project.

Description of Work
Provided an estimate of exterior conversion of cedar siding to fake, vinyl shakes.

I had an existing back porch leading to the pool area that was exposed, accessible only via a side slider door. I worked with Budd and Frank Severino to enclose and provide guidance for changing the small windows that fronted the porch area into a new access and new room leading from living room into the caged pool area. Wow, you should see the result! I have hurricane resistant HUGE double sliders that completely open up to the pool, an interior lanai with knock down ceiling, beautiful travertine flooring, new walls and windows that created a great room area that now extends the living area to the pool area! We are extremely pleased with the craftsmanship and care provided, and especially for me -- the follow up and supervision of the job. Scheduling, estimating and billing was straightforward. They came out to fix a door handle that had an issue and a track sticking on one slider that we mentioned during their follow up. Great company to work with, they have lots of resources to offer - really nice window and door choices, as well as room finishing. We definitely want quality and feel like this family run company exceeded our expectations!

Description of Work
Enclosed an outside patio into a beautiful lanai.

With one exception, it all went well. But before the final touches were done it rained and there was a leak between gutter on the new roof and the wooden facia board on the house. They tried to fix it several times by putting more sealant or "peel & stick" in the gutters, but it still leaked badly. When the construction was complete they required final payment. When I brought up that there was a leak they said "don't worry, will take care of it", so I pad them. They did come out a few more times but they claimed the problem was that I had too many trees and the gutters filled up with leaves. I believed them and I would go up on the roof just about every day with a blower to blow out the leaves. I have been doing that for seven years now. It leaked even when the gutters were clean. It leaked so bad I started calling my porch "Lake Severino". Then they said it must be the roof so they sent a roofer out who replaced several yards of my roof shingles. The first time it rained after that, for some reason it did not leak (maybe the wind was blowing the other direction) so I agreed to pay for half the roof repair cost. But the next time it rained it leaked again. And it has been leaking for the past seven years. I finally gave up calling them because they would not respond any more. So I I hired another company to cut two inches off of my rafters so they could replace the 5 inch gutter with 7 inch gutters. In total, there are about 70 ft of gutters with only two downspouts. That replacement cost me several thousand dollars but it didn't help. Finally, a couple of months ago I found the problem. The leak is coming from up higher and quite a ways from where it was leaking into the porch. The water was running down the slant of roof to a low point where it entered he inside. I found it because some of the caulking came loose on the inside and exposed about a1/4 inch gap where the panels didn't fit correctly and were jsut caulked over. I bought a tube of DAP sealant and slathered it around the cracks in the caulking I could see. The improvement has been great, but not perfect. It still leaks a little bit rather than like a waterfall. During a steady rain I might get a half cup of water now where before I would get gallons and gallons. It still needs a couple more tubes of caulking and I am not sure if one of the places I caulked over was an intentional drain. I explained this to Bud and asked him to come out and look. He gave a couple of short answers and said he would talk with his installer, but I have had no further response. I love my porch, but I have felt like I was saddled with an incurable defect that could prevent me from selling my house. One other thing, several months ago I contacted him to ask why the roof was shedding lots of tiny white stuff that looked like snow. He didn't know and didn't seem to care. Later another company told me it is bugs in the roof, possibly attracted by the saturated material. All I ask of him is to come see the problem and to help squirt a couple of tubes of the right kind of caulk in the appropriate places. I even offered to pay for that. He continues to ignore me.

Description of Work
replaced an old screened porch with a beautiful new screen porch (This was in 2007).

They cleaned up nicely. You wouldn't even know that they were at my home. I highly recommend them.

Description of Work
They put screening on our 11ft by 11ft porch.

Description of Work
They gave us a quote but never returned my calls to schedule the work.

Several inconsistencies in this review (quote date 10/14/13) (cost $545) The written quote states the cost with the company removing the gutter guards as well as if the gutter guards are removed by customer. ($48 difference) In my experience if calling a salesmen's cell phone multiple times the logical next step would be to call the company number that you originally called to set up the free estimate. All customers are left with two copies of the quote with all company contact information. Our apologies that you were unable to contact the Salesman via his cell phone.