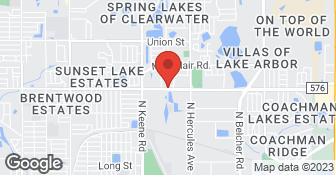 Lew Miesz worked on our very old and battered AC unit at a prior residence and was so wonderful that when we finally purchased our next home, we couldn’t think of a better person to call for service. Addendum- It upsets me to write this. We used Miesz Mechanical in 2014-2016 and when we bought again in 2019, we, of course, stuck with Lew. Lew is very nice and so is his employee Danny. We have two units, one upstairs and one down. The upstairs unit became problematic in May of 2021. Danny came out and provided a quote for the work, which we agreed to. A week later, when the work was completed, the payment was $100 more. I did not realize it at the time but went back to compare and there it was. I attempted to contact Miesz for an explanation and it took several weeks to finally get one. Fast forward to 6/27/22. Our upstairs unit was making a noise and not cooling. From past experience, we thought it was likely the condenser fan. We were told there would be an overtime fee totaling $230 to come out. We were also told to turn off the unit. We decided to wait until the next Tuesday, to avoid the extra fee. They came out and could not replicate the problem and told us that everything seemed to be running normal. On 7/3/22 we came back from a short vacation to a hot upper level and that same sound coming from the machine. We had family in town and had to pay the extra fee for them to come out the same day. No one stepped foot inside my home to check on things, nor did anyone go into the attic to check on the handler. We were told it was the condenser fan and were charged nearly $1K for the replacement. It was still not cooling upstairs and by 7/13/22 it was not getting under 81 degrees during the day, with the unit running. We called again and were advised that the handler needed replacing and that the outside unit looked pretty good. We were told that we would have an estimate within a day or two. I was charged $260 for the visit, just to tell me that I need a new handler. So I am now out nearly $1500 for essentially a condenser motor. I am 6 days out with no estimate and not even a call to let me know that there is a delay. I have called several other providers- whom do not charge overtime rates and have provided me with estimates within 24 hours. Customer service is clearly NOT a priority for Miesz and, unfortunately, I will not be using them again.

Excellent work. Started the job @ 9:30 am and finished @ 9:00 pm. They worked straight through with no lunch break and I had a fully functioning A/C by the end of the day. Lew identified and a few issues with the previous installation and he resolved those properly vs the way it had been done before. I have been using Lew to service my the unit he replaced for at least 10 years. An excellent and knowledgeable professional. I'm not sure if he offers the lowest price but that isn't what I look for when I get work done. I want a courteous professional who takes pride in their work and does the job right. I will always pay extra for that. There was probably a little more cost involved with my unit as Lew had to do some re-configuring of the air handler that was stationed inside the closet of one of the bedrooms. Overall Superior job.

Description of Work
Quick to attend and assess the problem: Lew did his best to repair same-day but needed OEM part and got it next day to complete. Professional, courteous, confident and fair. Yes, we highly recommend him!

We have an excellent taste for getting things done for our community the right way. We are very fair and honest. We would rather help somebody then overcharge them. Experience and integrity is our biggest selling point. With our experience in the HVAC , and Handyman Industry. We create a formidable team that can handle anything that is thrown at us. It is our pleasure to share our knowledge with you to help promote a healthy community that not only looks good but a community you and your neighborhood can be proud of. Not only that, we also want to forge a Long-Term relationship with every client if possible. We want you to think of us every time you need something done. Feel free to contact us anytime to get the ball rolling. We think of all of our clients as family. You get the same courtesy and friendliness that any family does. T4 OVER AND OUT!! Task4orce LLC  …

ACR is a Family Owned & Operated Company with 30+ years exp. Honest, Reliable, Fair pricing. State Licensed for BOTH Mold removal and HVAC Repair/Replacement unlike the competition. No high-pressure sales. We promise not to sell you something you don’t need and to offer professional on time service with fair pricing every time. Residential & Commercial. Super Service award winner 9 years in a row with several hundred “A” rated reviews.  …

How is Miesz Mechanical overall rated?

Miesz Mechanical is currently rated 4.4 overall out of 5.

What days are Miesz Mechanical open?

No, Miesz Mechanical does not offer eco-friendly accreditations.

Are warranties offered by Miesz Mechanical?

What services does Miesz Mechanical offer?

Are there any services Miesz Mechanical does not offer?