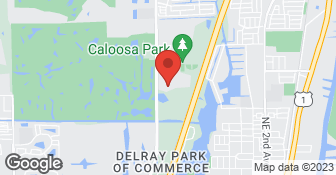 I used Seacape to installed 47 impact items which included all single hung and projection windows, 3 sliding doors and 3 traditional doors on a 2 story house. Impact glass is manufactured by ES Windows which seems sturdy and well made. My sales rep Dean, was helpful and the price was fair. The sliding doors are great, they are sturdy and yet can operate with just one finger. The windows are fine. The hinged doors unbeknown to me are very different from non-impact doors, they require a lot of effort to open and close, it feels like operating a vault door each time you have to open or close. Installation time was quoted as 5-6 days but took 2 ½ weeks to complete. The installers broke several windows in the removal of the old, in which I still have tiny shattered glass throughout my patio. After their patch up day was completed I had to take the day off the following day to show them 5-6 holes they missed which they eventually corrected. Additional tiles had to be installed to cover up exposed concrete from the door installation which required positioning the door 1-2 inches forward, however the tiles were laid but never aligned the grout to existing grout lines. The final Wednesday they scheduled to come back only to clean the windows. When we didn’t see them we called and the lead installer Carlos told my son they were done. I called him to complain that all the windows had white dust and their installer’s finger prints. He told me if they clean all the windows they installed they would lose a day’s work. I had to contact the company several times to advise that my windows do not look new but instead look like old window due to the filth. After advising I would hire a window cleaning company and subtract the cost from the final payment, only then did seascape send the installers back to clean the windows. If given the option I would of given 2 ½ stars. The positive for the window quality and the negative for the installation process.

Description of Work
Installation of impact windows and doors

They are fantastic! On time and very professional. Installers were very careful, pleasant, and very diligent in their jobs. Dominic was very accommodating with my schedule and explained every step of the process thoroughly. Overall, they are the A team. I'm extremely happy with the results and how the job was executed. I would hire them again without hesitation.

I requested a quote from a link on their website. Christina called me and scheduled a salesman to come out and measure for the quote. I got a call from the salesman saying he was on his way. He arrived on-time and he was very knowledgeable about the products as well as the permitting process in my city. He showed me what windows I should replace and I was comfortable with his suggestions. The windows came in about 5 weeks after I ordered and paid my deposit. The office called me when the product arrived. They updated me on the permit and they were prepared to schedule the installers. They suggested a day in the same week but I was unavailable. They waited until the next week and the installers showed up on time with all the materials. They covered the items in the rooms that they were working, which I greatly appreciated after I saw the amount of dust that flys everywhere!! The windows took one day, the doors took another. I am completely satisfied with the work that was done and the whole process actually. They seemed very organized and they kept me informed the whole way.

Description of Work
Replaced 2 windows, a sliding glass door and a french door.

Here at AOA CONSTRUCTION, LLC, we are an owner run and operated company with over 10 years experience. Our projects are clean, on time, and on budget; workmanship guaranteed. Our commitment to customer satisfaction is first and foremost. It is making new friends, one customer at a time. Call today for a free estimate.  …

CHOOSE WISE. CHOOSE STATEWIDE. Statewide Windows & Doors provides quality impact-proof window and door installation to South Florida residents. We strive to bring our loyal customers the best products, quality installations and customer services available. Statewide helps local residents protect their homes from storm damage, save on cooling costs, and increase home value by doing one thing and one thing only - impact-proof windows and doors. We take what we know and do it really well. Our team has worked hard with homeowners, builders and architects throughout South Florida for over 20 years in combined experience. Our commitment to quality, honesty and customer satisfaction has earned us the trust that they have placed with us.  …

Insured
All statements concerning insurance, licenses, and bonds are informational only, and are self-reported. Since insurance, licenses and bonds can expire and can be cancelled, homeowners should always check such information for themselves.To find more licensing information for your state, visit our Find Licensing Requirements page.
General Information
Free Estimates
Yes
Eco-Friendly Accreditations
No
Payment Options
Check, Visa, MasterCard Available
Warranties
Yes

We supply and install hurricane, impact resistant windows and doors in residential homes and condo's as well as commercial properties. We specialize in replacements and new construction.

How is Seascape Windows and Doors, Inc overall rated?

Seascape Windows and Doors, Inc is currently rated 4.3 overall out of 5.

What days are Seascape Windows and Doors, Inc open?

What payment options does Seascape Windows and Doors, Inc provide

No, Seascape Windows and Doors, Inc does not offer eco-friendly accreditations.

Are warranties offered by Seascape Windows and Doors, Inc?

What services does Seascape Windows and Doors, Inc offer?

Seascape Windows and Doors, Inc offers the following services: We supply and install hurricane, impact resistant windows and doors in residential homes and condo's as well as commercial properties. We specialize in replacements and new construction.

Are there any services Seascape Windows and Doors, Inc does not offer?