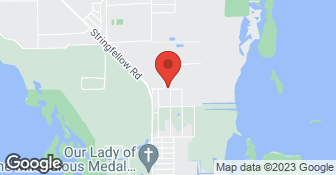 ** Allied Roof Cleaning is now an authorized applicator of Clenz0-Zone, a deep cleaning disinfectant. Servicing Naples, Fort Myers, Cape Coral and Bonita Springs. Clenz0-Zone contains 3% hydrogen peroxide, which the CDC has determined to be effective in killing the COVID-19 virus on non-porous hard surfaces. ** COVID-19 UPDATE: WE HAVE REDESIGNED OUR ROOF CLEANING & SEALING PROCESS TO BE NO CREW CONTACT TO PROTECT OUR CUSTOMERS & EMPLOYEES DURING THIS CRITICAL TIME. Allied Roof Cleaning does not walk on your roof tiles to clean them! We specialize in residential and commercial roof cleaning of flat, barrel, slate and cement tile, metal, asphalt and fiberglass shingles. Our no to low pressure cleaning is a certified chemical wash that will kill algae, mildew and black mold from the roof while insuring no damage will be caused to the roof surface. We are now the exclusive applicator for Splash Proof Nano-technology that penetrates cement surfaces such as concrete, stone, and roof tiles to create a water proof barrier. This coating is guaranteed to last for 2 years on ground surfaces and 10 years on the roof tiles. We also specialize in paver sealing and paver restoration. We now have three roof maintenance programs that will keep your roof clean all the time. Call us today!  …

We are specialists in the installation of unique and custom paving projects. We pride ourselves on delivering outstanding quality, service, and design for our clients  …

We specialize in pool decks, sidewalks, patios, decks, driveways and much more! We are family owned and operated and have been in business since 2014.  …

Unbelievable. We have a new house thanks to Mark and his crew. I look forward to having them back to do additional work. Professional people who know what they are doing and are easy to work with. Highly recommended.

Description of Work
They pulled out the existing bushes and replaced them with all new trees, assorted plants and bushes. Curbing throughout the front, fertilizing and trimming what we decided to keep.

EXCELLENT!!! Mark was terrific! I like to know about all the plants and he was SOOO patient with me! He customized a beautiful design, we went over it several times until it was perfect. The crew that does the work was very professional, efficient, polite and cleaned up at the end! Looks terrific! If we ever have questions about any of the plants or trees, Mark said he would always be more than happy to answer them. VERY HAPPY!!!

Description of Work
Landscape the entire yard front back.

We thought he was a professional landscaper but over time when all my plants died, I found out while I was digging them out that they didn't plant them right. They had this weed block material and the roots were growing on top of the material, so in other words, they were not growing in the dirt. So because of this poor planning, I lost a lot of plants. Now I have 2 Royal Palms that are dying on me. All together I've probably lost over a $1000 worth of plants because of that. I don't remember if I got any other quotes so I really wouldn't know what to compare them to, whether that was a good price or not. The plants themselves were healthy at first but it was the way that they were planted, so would that count as bad quality or bad workmanship? At first I called them because I wanted some curbing done and they told me that it wasn't worth their time, that they only do big jobs. So they blew me off on that and they never added this weed block on a bunch of my other trees and they never returned my call on that. So after a time as I was loosing these trees, I didn't even bother calling them because I figured it would be a waste of time. That they wouldn't even bother responding.

Description of Work
They did landscaping.

Charlie stopped by the day after my first contact to discuss our needs. On the following day he presented his written proposal which included a nice drawing depicting the layout of each proposed planting. The crew arrived four days later and prepared the beds, planted everything, spread the landscaping stone, and sodded the area specified. They returned the following morning to install 100 feet of concrete curbing. The crew was excellent, their work was excellent, and the result was excellent. Not being a Florida native, I relied on Charlie's expertise in making the plant selections, particularly with regards to hardiness and sun/shade exposure. The end result was perfect in color, texture, and balance. We couldn't be happier!

Smoothly; the owner (Charlie) came to the house a week earlier, looked over our yard, presented a detailed landscaping sketch with his recommendations for which palms/plants would work best, gave us a written estimate and we paid half the cost for deposit. Charlie said his son (Mark) would call the following week to schedule the date for work to be done. We called the number for Mark the following week and he promptly called back with a date. Workers showed up exactly on time to do the planting. Charlie also came with them on that day to supervise the project according to the agreed upon landscape design. We paid the balance of the estimate and workers gave us watering/care instructions. We will definitely call this company again for any add'l landscaping projects!

ALL of the work was performed in a timely, professional manner. Can't say enough good things about them

Description of Work
Took out ALL old landscaping, designed and put in new plants, trees, transplanted a couple of older trees, installed curbing and rock.

They did a beautiful job. Cleaned up after themselves, perfectly.

Description of Work
Provide and install plants and landscape materials.

Over the last 18 months had 3 exceptional experiences with this Company. The first was with the owner Charlie an 86 year old man who did the design on the 2 projects for me (you would never know hes that age). On his visits he took the property dimensions and gave both my wife and I ideas of what he thought would look good, a couple of days later he returned with what he had designed and we agreed on a price. The second experience that I had was with his son Mark who schedules the crews, he went out of his way to accommodate my schedule and worked with me all the way to completion. He visited the site on the day of the installation to insure I was satisfied. The 3rd occasion was what really demonstrated the commitment to customer satisfaction. I had received a message from an inexperienced neighbor that stated that the newly installed trees and shrubs were failing. As an out of town homeowner I didn't know what to do so I contacted Mark who went out of his way for me and he visited the location in my absence as I was in New York. Mark found that primarily my fox tail palms that had been installed were simply molting. He removed the fronds as well as inspected all landscaping in my yards (even the trees that he didn't install) and diagnosed and took care of them. He then called me as well as took the time to time to write an email and explain in detail what steps I needed to take to remedy my situation. Mark also took a series of quality photo's and sent them to me to put my mind at ease. Growing Grounds Nursery is truly a company that is committed to keeping there customers happy. I truly recommend them if you have any landscaping projects in mind.

Very good. Their team was prompt every day and they did the work as quoted. There were no surprises

Description of Work
Removed old and dead bushes, designed landscaping for front and back of house. Installed new plants and small palm trees. Also redid garden inside of lanai

It went well except for some of the plantings. There was one "Cardboard" plant installed in the wrong spot, they can grow 5 to 8' wide. It was installed on the corner of the driveway and walkway. As this plant grows outward I had to keep cutting one quarter of the side off so people could walk on the sidewalk to get to the front door so it was 3/4ths of a plant which looked stupid so I ended up digging it up myself and planted something else, $99.00 wasted. I had 8 hibiscus plants put in, they were all one color except one. They were supposed to move a tree which was ruined when they improperly strapped it to pull it out of the ground and stripped all the bark off ruining the tree. They did replace the tree with another kind but not free, they gave me a "deal" on a Black Olive. 1 Gardenia tree was put in the front of the house and that died within 6 months. I called them on it when I noticed it wasn't doing well and was told to spray it with some sort of chemical, can't remember what, but it died anyway, $89.00 down the drain.6 some other type of plant (unable to read writing but they all died.) Basically the only things that turned out well were the palms, hibiscus, other than the odd ball yellow one, the bougainvilleas the black olive and curbing. I want to say that I did everything they told me to do as far as watering and fertilizing and many plants still didn't make it. I wrote them a letter concerning my displeasure and they failed to take care of any of my issues. I ended up doing all the changes and new installations myself.