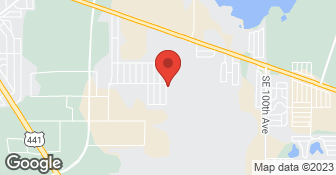 I rarely review, but I had to so as to protect other customers from being scammed. I want to lay out the facts as it is: 1> Hired them to remove logs in my front yard 2> sent them pictures over phone to get accurate estimate 3> We agreed to price 4> Here is where it gets interesting , he sent out a guy who does not work for him to do the job, we were never told that this would be the case (as this might be liability issue if they were injured on the property). 5> The guys show up removes half the pile takes 100 bucks say will come back and remove it in 2 weeks. 6> The guy never shows up , so we reach out to Leo. 7>He now tells us that that guy does not work for him and he is not be coming as promised . If we want the remaining logs to be removed we have to pay 100 more bucks. He come down to 75 bucks and promises that he will come and remove, but never shows up Less

We discussed the curbing layout before work was done. Owner then left and his crew arrived. They put in curbing but it was not how I showed owner. They also left my sprinkler heads and water shut-off covered with stone. Left one area under tree with no stone at all. The owner should inspect work after completion but he did not.

Description of Work
curbing around bushes

Did not follow curb route that I marked out. Crew covered my water shut-off and sprinklers and irrigation controls with stone. Never returned to seal curb or respond to e-mails.

If I said anything positive about Leo"s Landscape in the past, I retract all of it. The man is a con artist.whose word is to be taken with a grain of salt. He is way overpriced for what he actually delivers. We had picked out specific plantings for him to plant. The plants he did deliver and plant were not from the same nursery we had designated and were of inferior quality versus what we had paid for. He provided little help in suggesting the types of plants we should have. Although his underpaid help was competent, it was unsupervised except when I intervened. Never saw Leo again after his initial 10 minutes on the job -- just his son, who showed up occasionally and then sat in his truck during the rain while the help kept working and only came forward when it was time to collect the check. In summary BEWARE of Leo's Landscaping. Total time on the job with 4 helpers was less than 4 hours at a cost of over $1,200. (NOTE: Leo will probably counter with some kind of inaccurate retort to this review and probably brag about his other reviews but, DO NOT believe what he may say. I was NOT happy with his plants and was certainly NOT happy with his lack of response to my numerous requests to repair minor damage to my stone wall even though he promised on three occasions to come back and repair it). Like Share Update 11/26/2018: I stand by my review of 11/3/18 regarding Leo's service. His arrogant retort confirms my review. I did not write a favorable review for him 4 months ago as he claims. However, I did write a review about a year ago but that was a review regarding I quote he gave me back then. I never hired him based on that quote. The man is a smooth operator when it comes time to come out, survey your property and give you a quote but his work, which is in the proof of the pudding, is a D. You will never see him again once he drops off his help to do the job.

ITS FUNNY HE GAVE ME GREAT RATING 4 MONTHS AGO MY OTHER REVIEWS SPEAK FOR THEMSELF MAYBE HE IS LOOSING HIS MEMORY?
5.0

Went great. Took out outdated shrubs and palm trees and added fresh more modern plants and palms and the finished with curbing and stone. Very nice But this past January several plants died because of frost and freezing. Leo replaced at no charge even though i was not expecting that. He was awesome and also replaced some bushes. He stands behind his work and is very honest and reasonable. My wife is a realtor and we both have recommended him to several friends and neighbors. He is busy because he is good so be patient.

Leo and his crew did an outstanding job preparing the site and installing the interlocking pavers. We wanted the patio installed in time for Christmas and the crew set aside a Saturday just for our project. They arrived on-time, worked hard, and were finished (including clean-up) by mid-afternoon.

Description of Work
We needed an 8' x 36' patio built along the back of our house. After discussing the project with several pros, we chose interlocking pavers rather than concrete. I had met Leo when he was doing a landscaping job for a neighbor (via Angie's List) and was very impressed with his knowledge and performance.

Terrible. He disappeared from Angie’s list and showed up again today with all deals gone. Plus he never responded to me. So goodby Leo

Description of Work
None because I asked about the $499 special. He did not know what I was referring to. I sent him a picture and asked how much more that I wanted would cost

I don't control the deals on angies list plus I did respond she doesn't know what she wants?
4.0

Leo Burrow came out to my home to discuss what I would like to have done and to offer some suggestions and proposals. He appeared to be very professional and knowledgeable. Verbally suggested some ideas once he knew what I had in mind and then left saying he would provide two design proposals and quoted estimates within a week. Within two days, Leo emailed back with two itemized quotes along with a colored drawing of what he was proposing. He then followed up two days after this to discuss the proposed estimates and see if I had any followup questions. After receiving two other quotes and then deliberating for another two or three weeks, I decided to go with another landscaper who I had used before. Although I DID NOT choose Leo's to do my landscaping, I was impressed with his responsiveness, punctuality and professionalism. Leo's estimated price also looked reasonable.

Description of Work
Complete re-landscaping and hardscaping including a stacked wall and new plants in front yard.

Very well. Leo and his team did a fantastic job.

We offer quality and affordable lawn irrigation services. Installation, Maintenance and repair of all irrigation systems!!  …

We guarantee your satisfaction and we won’t leave until the job is done right. We pride ourselves on the quality work we provide, while delivering great customer service! We offer discounts to veterans. Ask service provider for details. Check out our services offered and call or click to schedule a free estimate today.  …

We have the experience and dedication to get the job done right! Specializing in Pressure Washing services; We guarantee your satisfaction, and we won't leave until the job is done right. We pride ourselves on the quality work we provide, while delivering great customer service! Call or click for your FREE estimate today!  …

Leo's Landscaping LLC is currently rated 4.5 overall out of 5.

No, Leo's Landscaping LLC does not offer eco-friendly accreditations.

No, Leo's Landscaping LLC does not offer a senior discount.

No, Leo's Landscaping LLC does not offer warranties.