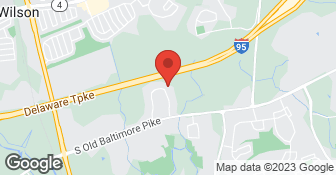 We are a mid size company in new castle county Delaware. We have 3/4 service technicians and 3 install crews. Our Newark Delaware HVAC contractors are dedicated to providing homeowners and businesses throughout our service areas with cost effective heating, cooling, and air quality services. With our many years of experience, Enhanced Heating and Air Conditioning offers a level of skill and dedication to quality that’s difficult to match. For Emergency Services Call (302) 416-4730...

everything went really well - on time and completed early

The workers were friendly. They were good.

Description of Work
They pumped the freon out of my system.

We bought our heater A/C unit from Enhanced and it has been a good experience. Price was good and the unit has run flawlessly so far after a few years. We have annual maintenance done on it so there is no big problems. Matt Krun (?) did our annual maintenance this year (back in early July), he explained everything to me that was going on. He basically said everything was working perfect. He cleaned out a mouse nest in our unit which I didn't know was there. Nice guy and did a thorough job, spent some time on it. Every time these guys have been out over the past five or so years they've done a good professional job and they are available for immediate service if my unit should happen to break down. So I've been pleased.

Description of Work
Yearly Maintenance, we bought our Heater/AC unit from Enhanced a few years ago

We had our air conditioner freeze up over the weekend. We replaced our filter, let the system completely defrost overnight and called Enhanced on Sunday to have them check everything over. They called us back first thing Monday and came out later that day. The tech (Greg) did a thorough PM check of the system inside and out. Greg was extremely prompt, courteous and thorough. Things got interesting when the A/C system stopped blowing cold air on one of the hottest days of the year a couple of days later. Once again we gave Enhanced a call to come back out. They sent Greg back out to see what the issue was this time. Greg was at the house a couple of hours later and went straight to work. He quickly found the issue (loose wire) outside and made the repair. There was no charge for this repair and cold air was once again blowing through the house. This is the 4th time we've used Enhanced for repairs to our HVAC system over the 6 years we've owned the home. Each time they've made every effort to minimize the cost impact to us and the downtime of the system. Twice they dealt with manufacturer warranty issues on our behalf despite not being the authorized contractor for our system. In every instance (prior to this one) they band-aided the system so that we had functionality while parts were ordered and ultimately installed with minimal incovenience to us. We don't love it when something goes wrong with the HVAC system in our home but we love dealing with Enhanced when trouble does strike.

Description of Work
Cleaned the heater.

Before I address the company overall, I must say that Ed is a brilliant technician. He might not reveal this given that he is a man of few words unless he knows you are an engineer and that he can talk tech freely. The way he executed the repair to our HVAC system gave me back my quality of life. I had been having severe dry eye symptoms since December 2009. We had had a new furnace and A/C system installed in September 2009, but hadn’t really used it beyond testing until after Thanksgiving. In the new systems, the fan circulates at variable levels, but operates virtually 24/7. Because of the time separation and other health issues, I didn’t connect my symptoms to the recently installed system. Long story short, after many doctors and $$$, I identified the culprit and related the info to Enhanced. Ed researched possible solutions *before* he began making repairs. York gave him bogus remedies. After exhausting their recommendations, he figured out how to set 2 jumpers on the motherboard at the furnace. Voila! I can function like a human being again. Now to the company. They responded rapidly to my complaint of a nonfunctioning A/C and sent Ed out within 3 hours. Ed quickly confirmed the cause of the problem and had to order the part because parts for newer systems don’t live in the local warehouses. I first called the company that installed my system and then several others. All concurred that they, too, would have to place a parts order. This happened on Friday. So the part would not arrive until Monday. He came at 8:30 AM on Monday and repaired the A/C unit. Then he reconfigured my HVAC system. Their price was good and their service spot on. They have a customer for life. We have a rental property, which also experienced HVAC repair needs in 2012. In a separate review, they also get a thumbs up from me for that job.

Description of Work
Replaced A/C fan motor under manufacturer warranty. Reconfigured system so that fan was not circulating 24/7.

The company came to use on short notice. They were professional and friendly. They diagnosed an issue that had been missed 3 times by another HVAC professional. Their fees were very reasonable.

Description of Work
We were not able to use our air conditioning and had a friend come out who is in the HVAC business three times and could not fix the issue. He had replaced different parts and it would still fail. We called Enhance and they were out within 1 day and the individual technician stayed here for a while and found out the unique problem that our friend was never able to diagnose. We also used them originally when we had our heat pump put in about 8 years ago and were very happy with them then. They were just starting out then so I was hoping that they had not gotten too big for good service. And they have not. I will continue to use them in the future.

VERY GOOD PRICE COMPARED TO OTHER CONTRACTORS AND GREAT SERVICE AND RESPONSIVENESS TO ALL QUESTIONS AND CONCERNS BOTH BEFORE AND AFTER INSTALLATION.

Description of Work
NEW HEATING AND A/C SYSTEM FOR HOUSE

Thanks [Member Name Removed], glad you were happy with the install
5.0

Very pleased and will bring them back again in the fall for our heater.,,,

Description of Work
Did a tune up on our AC unit, cleaned outdoor condenser coils, checked all wires all volts amps etc.... inspected indoor evaporator coil, cleaned condensation drain line, replaced air filter cleaned and oiled blower motor etc.... Very knowledgable...Did not try to "sell" us anything we did not need, (like a competitor tried to do, I won't mention their name).... Very pleased and will bring them back again for our heating unit this fall..

When you need AC heating or plumbing services, look no further than Horizon Services. For nearly 30 years, we’ve been the trusted name in plumbing heating, and air conditioning, offering an unmatched level of service at reasonable rates.  …

Enhanced Heating & Air Conditioning is currently rated 4.7 overall out of 5.

No, Enhanced Heating & Air Conditioning does not offer eco-friendly accreditations.

No, Enhanced Heating & Air Conditioning does not offer a senior discount.

Are there any services Enhanced Heating & Air Conditioning does not offer?