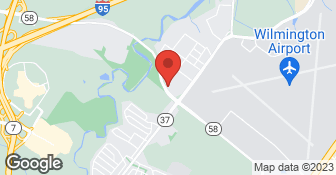 We provide you with quality solutions for all of your heating, cooling and plumbing needs! We have over 13 years of experience and highly trained technicians who provide top-notch service. We provide quick responses, emergency service and very competitive pricing. You'll always get friendly, quality service, upfront pricing so there are no surprises and financing on installations to help you fit it easily into your budget. And to back it all up, we offer a 100% Customer Satisfaction Guarantee. We offer yearly maintenance contracts and don't forget to ask about our maintenance specials and free estimates on unit replacements!...

I have nothing but praises to sing for this company! Our heat stopped working on us last week right before the temp was expected to drop significantly. I checked Angie's List, found Air Temp Solutions, submitted my issue and within minutes I received a phone call to set my appointment. They sent over Rob Teixeira who was EXCELLENT!!!! He immediately detected the issue which was the flame sensor, fixed it and viola...we had heat again in no time! We are planning on doing further work with this company as we need to have an additional return grille installed. If you need fast and reliable heating or AC this company (and Rob) is who you should go with...you will not be disappointed!!!

Description of Work
Heat was not working

I intially called for Heater Tune Up. The Technician (Jared) and I both heard the sound the Heater Blower was making and he was quick to diaginos the problem. He was upfront and honest about the Repair needed and the cost. Jared was quick, clean and efficient. I was very impressed. Great job Jared.

Fantastic! There was great communication, very responsive, positive interactions with all involved from Air Temp Solutions. They did a wonderful job from beginning to end. From the first phone call to a minor question with the final invoice, I couldn't have asked for better service. I would highly recommend Air Temp Solutions to anyone.

It went horribly!! The technician's diagnostics revealed, "found obstruction in system and condenser blocked with debris". The technician said he tried adding refrigerant, but there was no response. The next day he called and recommended a repair that would have required a 2nd technician and would have cost over $2,000. The real problem turned out to be a condenser that was blocked with grass clippings. The technician recommended a repair that would cost over $2,000 when he could have simply cleaned the condenser during his visit and the unit would have responded. This company must be looking to make a quick buck at the expense of a customer in need. Avoid this company.

Description of Work
The air conditioner was cooling the house during the recent heat wave, so I contacted Angie's list for an HVAC contractor to diagnose the problem. A technician came the same day, but he misdiagnosed the problem and recommended a costly repair that wasn't necessary.

Hi [Member Name Removed], I am sorry you felt your experience went that way but that is not what happened at all. You do have a part which is installed backwards which the technician made you aware of. Shawn also told you your outdoor unit needed to be cleaned like you said because it was filled with debris. The cost of repair was high because it would require to take down return duct to get coil that has a restriction which you are failing to mention on here. He also never put refrigerant in for you. He gave you your options and that was it, so basically you were given a diagnosis and thats all the service we gave you. So we are sorry you did not like the recommendations but you did not have to do anything which you didn’t but the review is totally invalid.
5.0

Excellent! They serviced both units, unclogged the condensate drains (it's been a while since they were serviced) and performed overall diagnosis.

My services are still under warranty. However, I bought a new heating and air conditioning system from them 1.5 years ago. So far the thermostat completely broke about one year out. Now I am sitting in the heat because something is wrong with the air conditioning internally. They can't fix it because it is Sunday. So I will now spend my second night without air conditioning as it broke on Saturday night. They are supposed to have some cooling units they can give you temporarily, but of course none were available. So it is going to be 88 degrees today and I am sitting here with a relatively new air conditioner that doesn't work. Also one of the owners Brian gave me his cell number and when I call it, he doesn't answer and never calls back. So I am very angry right now, thus I wrote this to get it out of my system.

Air Temp Solutions replaced my Heating and A/C system last winter. Their service was top-notch from start to finish. They gave me a great price and also honored the 10 % discount for Angie's list members. The technicians who came for the installation were true professionals and competed the whole job in less than 6 hours. Once the installation was completed they also did all the paper work and follow-up to make sure I get the energize Delaware rebate. The rebate arrived in mail last week for $1350.00. Over all Air temp is a great company with great people and great service.

AirTemp Solutions called me right away on Friday after making initial request on HomeAdvisor. We made an appointment for Monday. On Monday morning I received a call confirming that technician was on the way within 20 minutes. Chris arrived on time, he evaluated the water heater that needed to be replaced, explained what needs to be done and come up with a fair quote. We scheduled installation on Wednesday at 8:00 am. Chris showed up at 8:00 and completed installation and cleaning by 10:00. A pleasure to work with!

The servicemen were knowledgeable and professional and did an excellent job with removal of the old water heater, picking up the new water heater and expansion tank at Home Depot and installing it promptly.

Done Right Today is FAST, FRIENDLY, & AFFORDABLE. We are always available to provide plumbing and drain cleaning services at a time that is confident for you. Locallly owned and operated out of Delaware. Call today!!!  …

Air Temp Solutions is currently rated 4.8 overall out of 5.