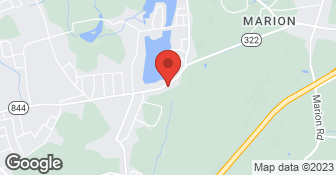 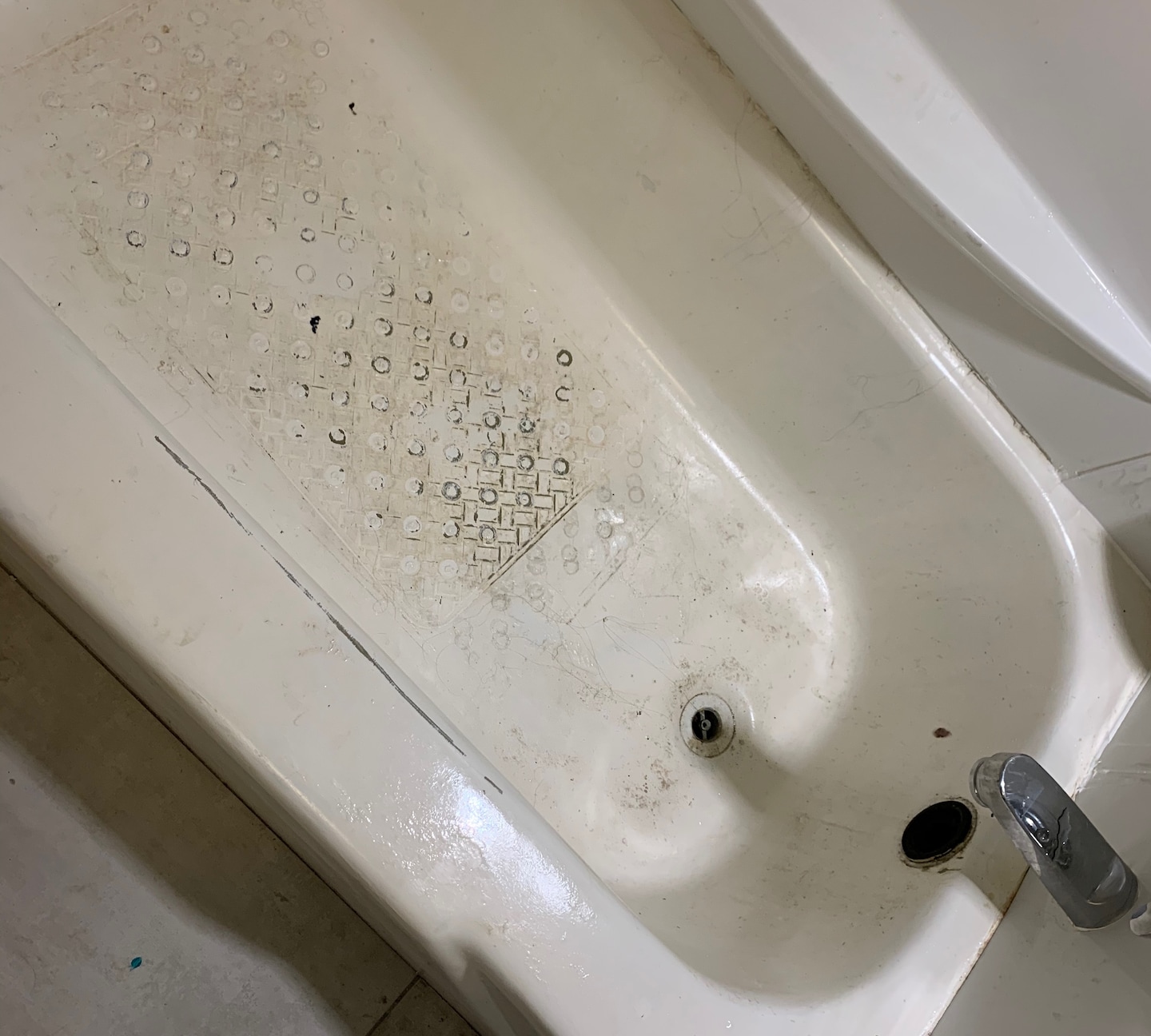 bathtub refinishing202006107
Here is a before and after of a tub I stripped and reglazed in West Hartford. It was painted with a cheap epoxy paint and looked horrible. …
View project

Text me pictures of your job to 203-578-5260 and let me know where in the Connecticut the job is located to get a price for your project. I personally do every job myself, I don't send out a less experienced technician or try to bait you with an incredibly low price just to get your job or take any shortcuts to reduce the price. I'd rather do the job right the first time as my reviews on Angie's List speak for themselves. I take pride in my work and and value my customers and give them the best job and service possible. I have over 20 years experience and refinishing bathtub and wall tile and resurfacing Kitchen counter tops is my specialty as that's all I do....

Outstanding experience working with Ernest on stripping and reglazing our tub and tiled bathroom walls. Everything went exactly as planned and it looks better than we imagined! The price was just a fraction of what we would have paid to rip it all out and replace it! You absolutely can not go wrong using Ernest!

Thanks for this great review!
5.0

Very professional job. The tub looks 100% better than it did prior to the reglazing,

Description of Work
Stripped, relgazed tub in white and recaulked.

I'm so disappointed on the the response from this company who clearly does quality work from your reviews. I need two kohler cast iron kitchen sinks resurfaced - top coat only. Well maintained sinks just 20 years old. Owner said he wouldn't quote such a small job because of travel. I answered I'll pay for travel. Owner said just replace sinks. I answered unreplaceable they are discontinued and unique shapes custom installed as tile in-s into granite which he can clearly see from my pics, cost a small fortune 20 years ago I expect it to cost more than standard vs. custom fixtures. As someone who has very high end custom kitchen items I expect to pay premium for maintenance and this owner literally wouldn't even consider giving me a quote. As a business owner myself this is horrible business practice.

I told this customer they were too far away for me to quote and do two sinks and that I was booked to November with larger projects. On my website I promote tub and tile reglazing and seldom reglaze sinks. If I reglaze a sink it’s either local or part of a larger project. I also told him I don’t have to quote and do every job, due to distance and the scope of the project. He was not happy with that response. He chose not to respect my decision, write a one star review and that is his personal choice.
5.0

Before hiring Ernest, I requested an appointment to see how the finished product would look. I met Ernest at his showroom in Wolcott and I was pleased with how the finish product would look. Ernest answered all my questions. Prior to the job, he sent a list of what to do in order to prep the items for resurfacing. He estimated that the job would take two days to complete. He was able to complete the job in one day. In addition, he was on time, properly covered all appropriate areas before refinishing, and cleaned up when the job was done. I noticed a defect in the finishing a few days later. I called him and he came to repair the defect in a timely manner at no charge as per his warranty. I am very happy with the result, however, it took a day or two for the fumes to go away.

Thanks for sharing your experience.
5.0

Tub had been painted black (and done poorly) and had lots of surface damage. Tub is now bright white and looks almost brand new. Was also able to do some repair work to the tile surround. Great work.

As all the reviews i read say, you will not regret calling on Ernest. Very professional and breathes new life into the tub and tile. This is a great value in my opinion compared to other options which won't last long from all the research I did. ..should buy me another 15 years. Also I recommend for a little extra having Ernest pre caulk as it gives it a nice finished look. Great price too considering all the preparation work and major league equipment being used here. Should have done it years ago! See the before and after for yourself.

Thanks so much [Member Name Removed]!
1.0

Disappointed with the job done by Ernest. He providing caulking at no charge. Great! But, he did not ask me before hand if I wanted the caulking done (he charges extra for it and I planned on doing it myself). He did it because he said it would look good. Also great. He said there was too much of a gap in the seam (which I did because his pre-work instructions say to remove all old caulk). But, he did a poor job doing it. He left bumps and ridges above the caulk at the seam and did not smooth it out. See the photos. He bubbled the caulk and did not smooth it out. When I told him it would need to be fixed, he said he would come back the next day to sand it out and repaint it. Then he said it would cost me an extra $95. So, he did the caulking for free, but did a poor job of doing it, and wanted me to pay $95 to fix it. Huh? If I paid for it and he did a bad job, would he then come and fixed it? Then he said I could sand it out and if I wanted to drive to his show room, he would give me the paint. What? Meanwhile, the second line of his invoice says: "Repairs due to defects in material or workmanship will be made free of charge during the first 30 days." Really disappointed with the final job. Price is cheap verses new, but it still was a lot of money and the quality of work made me have buyers remorse.

I tried to reason with this customer that the gap in between his tub and wall was larger than a half inch so the caulk will move and settle a little since the gap was so big. I told him that I would pre-seal the seams then glaze over them to give him a seamless waterproof finish, which is better and more durable than caulking afterward as the caulk will be a different color and not last if he caulks after. He agreed. The vertical seams going up the wall and the back wall and front of the tub look great after pre sealing and reglazing his fiberglass tub and walls. Everything is seamless and all the same color. This customer is complaining that they see a ridge in the caulking. Instead of being thankful for having a seamless water proof finish that is the same color they are being unreasonable. If he caulked the tub afterwards as he was planning to he would have a very wide unsightly caulked seam that would be much more noticeable than what I did as a courtesy for him and what he is complaining about . Me asking him to pay $95 to address something he got done for free is more than reasonable. $95 is the original fee to have the caulking done. If he paid for it he would have more of a right to complain about it not being perfect. So he is upset with me for something I did for free to help him out and refuses to pay for it. I can’t honor complaints for free work period and there is not a warranty to offer for free work. The ironic thing is he can still caulk the tub for free by himself the way he was planning to do. How I sealed and glazed the tub does not prevent him from caulking over where the tub meets the wall so he can’t get the caulking as perfect as he wants. He’s upset I won’t let him take advantage of my kindness. I have to respectfully speak up when a customer is being unreasonable.
5.0

Ernest was awesome and did a fantastic job. He stripped the paint, prepped, did whatever else you do to glaze a tub, and was done in less than 3 hours. It honestly looks brand new and I wish Angie’s List let us post before and after pictures. I rated the price B because it was a little pricey, but you get what you pay for and he did a fantastic job - plus he had to strip the old paint, which must have sucked. Also a B for punctuality because there was a scheduling mixup that got him to our house a few hours late, but he was super professional and definitely made it up to us. I would 100% recommend Ernest and Mr. Resurface, and will use him again if ever needed in the future!

Description of Work
Our bathtub had been “refinished” by the previous owners, which meant peeling paint over the old blue tub. It desperately needed to be stripped and reglazed.

[Member Name Removed], Thanks a million for your awesome review! Yes it does stink to strip an old finish off a tub but a necessary evil to get your tub reglazed properly with my process.
5.0

What a great experience! My current shower/tub is tan and i wanted it to be white. I was originally going to replace the fiberglass shower/tub unit to achieve this but based on the high cost to do this and the invasiveness of cutting out the old unit, installing a new one, plumbing, etc i decided to just refresh my existing unit (which was in good shape; i was only going to replace it to change the color) . I texted Ernest the photos and he got back to me with a quote - about 1/3 less than replacing the unit! I setup a date to do it; all very easy with Ernest. He arrived on time, put down clothes and taped up the bathroom. He was very courteous and very professional; i asked him a lot of questions and my impression is very positive; he knows his craft very well and takes pride in his work. The job took a few hours and when done he meticulously cleaned up and gathered all his equipment. The shower/tub looks fantastic and I am really glad i chose to resurface it versus taking it out and putting a new one in, especially when all i wanted to do was freshen it up and change the color. I would definitely hire Ernest again!

Thanks [Member Name Removed] for the gracious words and awesome review! It was my pleasure. Ernest

REFACING OF CABINETS, REGLAZING OF FLOORS.

Mr. Resurface LLC is currently rated 4.9 overall out of 5.

Are there any services Mr. Resurface LLC does not offer?

REFACING OF CABINETS, REGLAZING OF FLOORS.