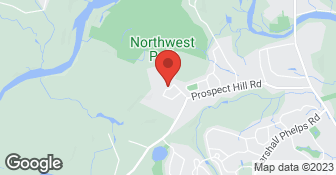 We take great pride in our experience, expertise, quality and customer service that we provide to meet the needs of customers. It is our mission to provide excellent workmanship and complete customer satisfaction from start to completion of a project. In order to understand the needs and expectations of our customers, we take great care to work and communicate with every customer in a professional manner. Our reputation is based on service, safety and quality, regardless of how large or small the job....

There is 4 water heaters 4 feet apart in our basement I paid to have ours removed and install new one .they all have 4 3 inch concrete blocks under them because it floods periodically witch i had stated to the installer after they left I had no hot water I called the owner he told me to contact manufacturer I then took it upon myself to look it up on internet ,ended up being fuse inside tripped so I reset then it worked .afterwards I noticed the blocks underneath my furnace were onlly 1 inch thick .flooding will rise above that level I texted owner asked him to fix problem he said I would have to pay a service fee ? I told him i told his installers about water issue .I thought they would have seen the other 3 water heaters with 3 inch blocks or maybe the bricks they took out from my unit and caught on hm maybe put the same hight in that came out then he stopped texting me so I guess that's my answer.

serviceman knew at once how to remedy problem

Description of Work
problem with toilet

Excellent. I can’t say enough good things about this company. We are even planning other projects with them.

Description of Work
Rusting pipes needed to be replaced.

Called and scheduled repairs, came out within a day and fixed one bathroom immediately and I had to reschedule the next bath repair a few days later. Worked great and I highly recommend!!

Was very smooth transaction, very professional, and on time for job

Very professional and did a thorough job. Highly recommend

Alvin fit me in immediately when I told him I only had one toilet. He fixed my toilet, my bathroom sink, kitchen sink and got my garbage disposal working to my surprise.

They installed the drai pipe in the joists of the basement ceiling so that I could not open the basement door completely. They are coing next week to fix it, at their cost.

Description of Work
reroute a toilet drain pipe i the basement. Change faucets in the kitchen

Replaced immediately. We were extremely pleased with his response time, cost and professionalism that we hire him to replace our garbage disposal and kitchen faucet. Definitely will call him again if we need plumbing services. He and his employee were both very pleasant.

Description of Work
Leak in pipe

Extremely well. Satisfied with the work and responsiveness.