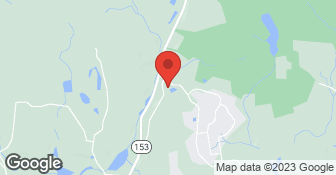 We have been serving the area of Hartford, Connecticut for over 16 years - specializing in masonry projects. Our company's mission is to offer our customers the best service - fast and at affordable prices. All our employees have vast experience in the masonry field, and are able to offer their knowledge to improve your home! To see more examples of our work check out Facebook - Tani's Masonry -- https://www.facebook.com/tanis.masonry?fref=ts  …

Premium Cuts Lawn Care is the #1 trusted lawn care company. I want your lawn to look the best on your street. I want people to ask where you have gotten your lawn cut. I want you to call me now so I can give you a quote and have your lawn looking the best.  …

We specialize in all types of masonry. We fulfill all your masonry needs. Give us a call so you can see what we can do for you.  …

It went very smooth and they showed up ahead schedule and finished on time.

Description of Work
They replaced the roof.

Thank you so much for the nice review. It was wonderful working with you on your project.
5.0

Seaview was great to deal with - prompt, thorough and professional. I would definitely hire Seaview again in the future.

Description of Work
I need an evaluation of my roof and some roof repairs completed.

Very pleased with the work that was performed. Gene and his crew were wonderful. They were friendly and professional. They even were so proud of their work that they wanted me to see some of the things that they had accomplished.

They keep telling me how they “ will be getting to it”.

Description of Work
Just needed a piece of aluminum siding re attached.

Description of Work
repair cracks and leaks on roof

Work was completed promptly and generally well done. Had a couple issues that prevented this from being a great transaction. First, a bunch on the epoxy used on the yankee gutters dripped onto my deck and grill cover and appears to be pretty stuck. Not a huge deal, but seems easily avoidable. The second, and bigger, issue was that I had a few follow-up questions and Angela replied to my first email saying she'd send the info the next day, a week later I had nothing and after sending follow-up emails/messages weekly for 3 weeks I gave up. This was unfortunate, as it appears that the work done roof/yankee gutters was done quite well and the price was reasonable, but I'm left a bit annoyed with the overall project and unsure if I'd use this company again.

Gave a very reasonable and competitive price. They were able to come a few days earlier than they first stated. They finished all the work they said they would do in a day and cleaned up. I did the work because of a leak in the roof. So far I have yet to see any water come in where it was from before. Unfortunately the person who picks up the dumpster they were using was sick and unable to get it for a couple of days.

Description of Work
Replace roof over my garage.

Thank you for choosing us to work on your roof project.
5.0

They did a great job, on time and on budget

Description of Work
Tear off and install new roof

Thank you for the opportunity to work with you. I look forward to working with you on your next project.
1.0

Well...I paid money for roof inspection...whenever I call them they say they don't have the discount number.So got NO services for the money I paid

Description of Work
Well...I paid money for roof inspection...whenever I call them they say they don't have the discount number.So got NO services for the money I paid

Mr. [Member Name Removed], We would be happy to provide a roof inspection. As I explained to you, I need some kind of documentation that you purchased this service from Angie's list from you. I have not received a payment or a confirmation of purchase. When we do a roof inspection, it cost's our company quite a bit more than the $49.00, which is what we would receive from Angie's list. We do them to market our company and gain business in the future, certainly not for a bad review. Surely you can't expect us to travel to your home and back, and do a roof inspection/repair which generally takes a few hours for no recompense? I would certainly not ask you to perform a service without payment. The only think I need is a copy of your purchase, or a copy of the credit card charge which would show the date. At that point I would have the information that I need to contact my rep and get this sorted out. Thank You, Angela Cole (860) 857-7600
3.0

After I purchased this coupon, it was at least a week before I was contacted to schedule an appointment. When they called they gave me some reason for getting confused about whether or not they had already completed my services, but I wasn't too concerned. They told me they would contact me later that day with a fixed date. I didn't hear from them for another week, so I called back and they told me they were going to call me that day. Either way, we scheduled a time for an appointment. They arrived on time which was nice. They took a look at my roof which I knew to be a new roof. I wasn't expecting any work to be needed, but I was happy to pay $99 to have a professional come in to take a look and give me peace of mind. What I wasn't expecting was a sales pitch for almost ~$2,000 worth of services. They tried to sell me an improved venting system and completely replaced flashing. I thought the pitch seemed a little over the top so I did what I wish I had done from the start. I contacted my real estate agent for a referral for a roof guy to come out and give me a second opinion. Sure enough, he found nothing wrong, and told me I had a brand new roof. He said the improved venting could be accomplished by simply expanding the existing vents for significantly cheaper than installing an entirely new system (but he didn't even recommend doing that), and that there was nothing wrong with my flashing. So needless to say, I won't be trusting these guys to do work for me in the future.

Description of Work
I needed a routine check of the roof as I have never had it inspected in the three years since I moved in.