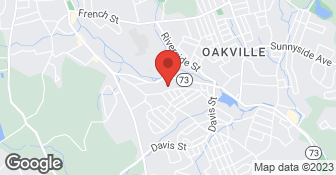 The job started fine. They seemed to be doing good work. Once the new fence was installed they spray-painted instead of hand painting, like they originally said they would. This lead to a lot of unpainted spots and many areas where the paint wasn’t heavy enough to look even or cover knots in the wood. There was also significant overspray in various locations. Next, they missed a number of places when touching up areas after pressure washing. Once this was pointed out they promised to come back to remedy the mistakes but didn’t. Finally, the drywall job was misquoted by several thousand dollars and the work is subpar.

Description of Work
This began as a job power washing the house, touching up the paint, replacing some rotten deck rails and painting a new fence. Eventually it also included drywalling and paining the attic.

They added a room, did painting and put in floors. The quality of their work is excellent! They made sure we were kept in the loop about everything going on. They were very good about cleaning up after themselves too. I would highly recommend them.

Description of Work
They did a renovation for us.

All went well. Sammy is punctual, he pays a lot of attention to detail, cleans up at the end of the day. Very happy.

Description of Work
Sammy, was excellent. I remodeled my entire house, he painted the entire house inside. Also replaced all doors, trim, tiled bathroom, tiled kitchen, re did hardwood floors. Overall experience was wonderful. His price was the best in town, he was on time, best easy to reach when needed. Highly recommend, will definitely use again.

For more than 15 years our painting company has served hundreds of satisfied customers around the New York and Connecticut area with experience in doing residential and commercial work. We are both licensed and insured making our business trustworthy and reliable. Our staff is trained to give our customers the best quality service. Even through COVID- 19 we are still available to safely meet your needs. Give us a call for a free estimate.  …

We have the experience and dedication to get the job done right! Specializing in cleaning services; We guarantee your satisfaction, and we won't leave until the job is done right. We pride ourselves on the quality work we provide, while delivering great customer service! Call or click for your FREE estimate today!  …

Insured
All statements concerning insurance, licenses, and bonds are informational only, and are self-reported. Since insurance, licenses and bonds can expire and can be cancelled, homeowners should always check such information for themselves.To find more licensing information for your state, visit our Find Licensing Requirements page.
All skilled traders and home improvement contractors operating in the State of Connecticut are required to be licensed or registered by the State Department of Consumer Protection. License or registration identification is required to be on all advertising, business cards, signage, and contracts. You can check to see if a contractor or tradesperson is licensed or registered by going to:https://www.elicense.ct.gov/
General Information
Free Estimates
Yes
Eco-Friendly Accreditations
No
Payment Options
Check
Senior Discount
5%
Emergency Service
Yes
Warranties
Ask for details

Affordable Painting & Construction is currently rated 4 overall out of 5.

No, Affordable Painting & Construction does not offer eco-friendly accreditations.

No, Affordable Painting & Construction does not offer a senior discount.

No, Affordable Painting & Construction does not offer warranties.